Zikrr Band – A Musical Journey through the Decade 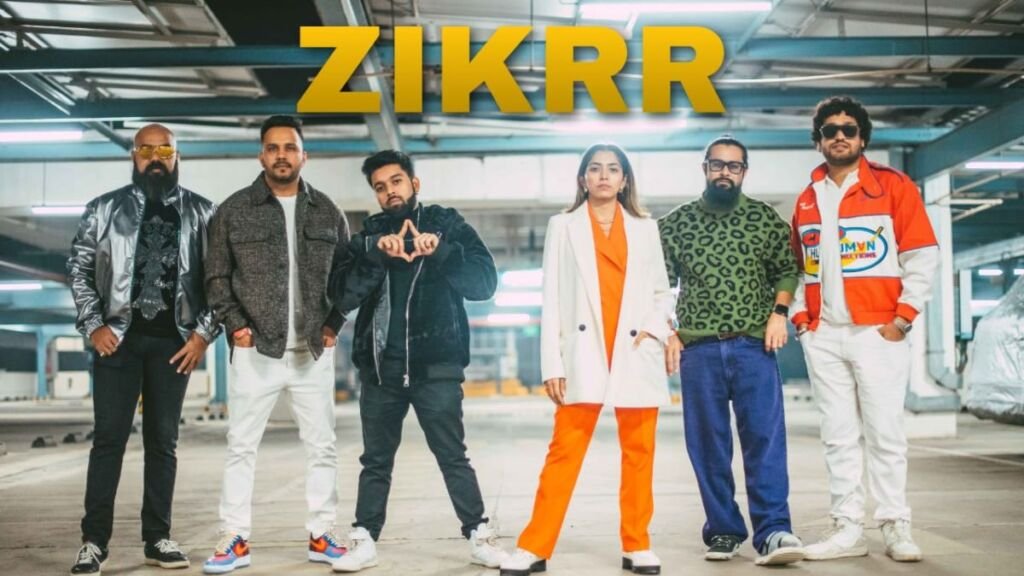 New Delhi (India), January 10: Music, for ages, has been an instrument to elope from the mundane and transcend to an emotional euphoria. An art form which found its way to not discriminate between social strata and be the carrier of joy for every human being who experiences it. The journey of Music spans centuries and variations, from spoken words to Classical Symphonies to Haunting Operas to the eccentricity of Rock Music.

Today, we discuss the journey of a bunch of people who embody the true sense of music, Delhi’s very own, Zikrr, The band is widely renowned in the music circle as one of the best Hindi Rock Bands to grace the stage in the musical stages of the country. A Hindi Rock band by identity, but they do not shy away from experimenting and foraying into uncharted, experimental genres to provide their listeners with a musical experience to talk about.

Zikrr’s journey began in the year 2012, A year when the world was full of scepticism and wondered about its end. Somewhere, in the southern part of India’s Capital, A dream was being turned into reality. The Band’s Founder/Bassist, Mohit Sharma, along with some of his friends from the musical school, he used to go to decide to form a band, They practised and on 5th December 2012, Began their musical journey at the now-closed Tryst Music Café, Thus beginning their own tryst with destiny.

The band has grown leaps and bounds through the last decade. What started off as a bunch of newbies, going door to door for shows and stages and asking their friends to come to see them play live at those shows to being one of the most followed bands in the scene, the journey has been arduous but has borne ripe fruit. Zikrr has seen some major changes in its members over the years, which is an inevitable thing because each and everyone has his/her own journey to embark on. The present lineup has been going strong for the major part of this decade and has become synonymous with the name Zikrr.

Zikrr is a 6-member ensemble, which comprises the following people rocking it on stage,

On 5th December 2022, Zikrr celebrated its Tenth Year of being on stage, an incredible feat considering the volatile nature of the industry they are part of. Through these years, the band has had the pleasure to play at close to a thousand shows across the globe and also share the stage with some of their own idols whilst performing.

The members of Zikrr call themselves a family, and just like any other family, the members have their own quirks, traits and talents, which make them a stand-out entity when their combined talents are taken into account. They’ve all come together to be a part of Zikrr leaving behind some extremely well-settled fields of employment and education, just to follow their passion for music and to be known and identified for it and nothing else. The family is not just the members of Zikrr but also extends to its Listeners, Fans, Friends, The Support Systems, who’ve made Zikrr what it is today. Some, Stayed loyal to our music from our first day as a band.

Zikrr makes music worth talking about, ‘Music Jiska Zikrr Ho’, is their unwritten yet understood motto, and it is because of this music and the love they’ve received for the past decade that has made who they are, An Extremely Remarkable Band.

As Zikrr, Enters a new part of its musical journey, we would like to wish them all the best for all their musical endeavours in the future.

Zikrr also has an artist management wing known as Zikrr Music Project, through which they provide a platform for talented and deserving artists to ply their trade.

Zikrr is all set to create a stir this coming year with a plethora of new music releases which are lined up. Recently, Vidhi Tyagi, the Band’s female lead lent her voice to ‘Ehna Akhiyan’, a song from Ammy Virk’s Movie, ‘Oye Makhna’. The band is incredibly active on all social media; Zikrr can be found on the following Media Platforms