Being a startup founder can be a lonely experience. Now the Washington Technology Industry Association wants to help.

The WTIA is launching a “Startup Club” later this year. It’s new program that will bring 20-to-25 founders together as part of a cohort that will have the chance to meet like-minded local entrepreneurs and also be connected to law, accounting, HR, and recruiting firms that work with the WTIA.

Dave Parker, a long-time Seattle startup vet who is now a venture partner at Bend, Ore.-based Seven Peaks Ventures, heads up the Startup Club committee. He said the WTIA traditionally focuses on larger tech companies and the new group is part of a push to connect with earlier-stage startups that may find value in its services — health insurance; 401K; events; etc. — at a future date.

The idea is also to simply help founders navigate the Seattle tech ecosystem and use the power of networking. Parker said one of the critiques of the Seattle startup scene is that “sometimes we play small ball.”

“We want Seattle to play bigger — not individuals doing small stuff, but collectively doing it bigger,” he said.

The Startup Club will accept Washington-based companies with annual revenue of $1 million or less and a product that is at least in a “MVP” stage. Applications close this week and the program will start in October. The second cohort will begin six months later.

The goal, Parker said, is to build a community of the various Startup Club cohorts.

“Something that the Valley does particularly well that we don’t do in Seattle is keep people together and get them to know each other even though they are building different businesses at different times,” he added. 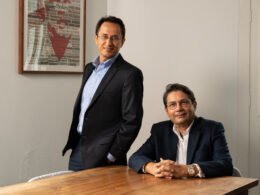 As Databricks reaches $800M ARR, a fresh look at its last private valuation

Big-data analytics unicorn Databricks is back in the news, disclosing a new revenue figure and its 2021 growth…
bywissen
No comments