With ‘Stree’, Aparshakti Khurana Proves He’s Here To Stay & Is Not Just The ‘Other Khurana Brother’

He may have entered the industry as Ayushmann Khurrana’s younger brother, but in just two years Aparshakti Khurana has managed to make a unique place for himself in the industry. As the cynical yet affable Bittu in Stree, he’s won our hearts with his comic timing and perfect mannerisms of a small-town boy from Chanderi.

While the movie, which opened to fairly good reviews, is laden with brilliant performances, Aparshakti manages to steal your heart with his powerful performance, even when he is sharing screen space with actor extraordinaire, Rajkummar Rao.

While his actor brother is now a household name, and a leading hero, Aparshakti has managed to steal hearts in smaller, supporting roles. Which the actor has claimed in several interviews, to be a conscious decision.

From Badrinath Ki Dulhaniya to Stree, Aparshakti has proved that he is here to stay.

In case you are crushing on him right now, here are more reasons why you totally should.

He first made us smile in Dangal as the affable cousin, Omkar who cracked us up with his innocence.

And we wanted more of him!

Thankfully we got to see more of him in web series and TV shows. And Mr. Khurana lodged a permanent place in our hearts.

A sack full of requests came in for the public demand episode, tune in to #ओमशांतिओम every Sat-Sun on @starbharat Styled by @a_slash_a Outfit by @@rajeefromrajees Hair by @aalimhakim

His most recent role, as the slightly cynical but totally lovable best friend in Stree, convinced us to never friendzone him!

I mean, clearly this guy is going places!

But hey, it’s not all jokes when it comes to Mr. Khurana.

He does brooding looks with just as much ease as he does innocent laughter.

But we definitely have a soft corner for that smile.

And even his style game is on point!

And as if he wasn’t perfect enough, he blows us away with his declaration of love on Instagram.

And while we play no favourites among the Khurana boys (not usually), he sure has a favourite.

Happy birthday to our most precious! Feel so blessed to have you in our lives and so happy to see the young man you’re growing to become! A complete gentleman. Needless to say that you are my favourite-ESTTT of all the Khurrana boys. #HappyBirthDay #Virajveer #Khurrana #BdayBoy #Nephew #BeingChachu 📷 @jaysamuelstudio

He can even make goofy look sexy! That’s a plus in our books.

And despite the fact that he dons a hundred different looks…

… he appears completely at ease in all of them.

Clearly, the Khurana brothers have got us loving them just a little more with every new thing they do!

Can’t wait to watch Aparshakti in his upcoming ventures. 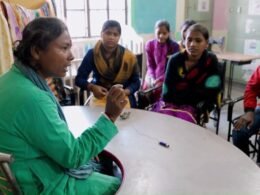 How you can join Guria in its fight against sex trafficking

May: Ajeet Singh was all of 17 when he first came to the rescue of a sex worker’s…
bywissen
No comments

It was just another day at work, browsing through cool new things on the internet and writing articles…
bywissen
No comments

Rajkummar Rao tops the list of actors who’ve made versatility their calling card. Whether it is a shy…
bywissen
No comments

Former Prime Minister of Bhutan Tshering Tobgay, recently shared an adorable picture in which he can be seen…
bywissen
No comments