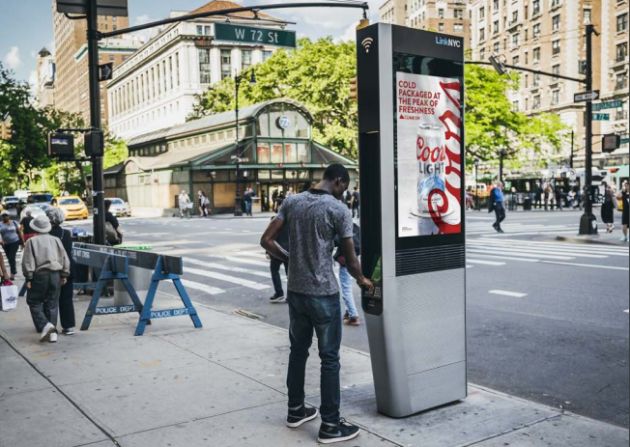 Fast-growing cities, like Seattle, are looking for opportunities to embrace technology to become more efficient, mobile, and equitable. But working with the private sector to implement innovations can be tricky, as a jammed-up partnership between Seattle and the transit advertising company Intersection proves.

Intersection is a New York-based company that operates digital ads on public transit and free WiFi information kiosks in London and New York. It is a spinout of Sidewalk Labs, the urban planning-focused sister company of Google under the Alphabet umbrella.

Until late last year, Intersection planned to give Seattle bus stops a high-tech makeover and deploy its Link kiosks, miniature billboards that provide free WiFi and other amenities, throughout the urban core. The partnership appeared to be speeding ahead until it hit a roadblock. Now, Seattle “is not actively negotiating on the proposed electronic kiosks,” according to the mayor’s office. City officials indicated that privacy concerns are the main reason talks aren’t moving forward.

In 2016, the Seattle Department of Transportation told Intersection the company’s bid would be selected for a new “street furniture” program intended to update bus stops and other amenities on public streets. Intersection says the arrangement would have included “new bus shelters and digital kiosks to the city, providing hundreds of thousands of residents and visitors with secure and super-fast Wi-Fi, access to free phone calls, maps, transit updates, and local information.”

According to Intersection’s proposal, obtained by The Urbanist, the company offered to pay Seattle between $97 million and $167 million over 20 years in exchange for exclusive rights to operate the kiosks and bus stations. Intersection would have also paid the city a share of the revenue from ads served on the kiosks and bus stops. The ad revenue was estimated to make an additional $100 million or more for the city over 20 years.

“All of these free services would come at no cost to taxpayers and would generate significant new revenue for the city to invest in transit and other public priorities,” said Jen Hensley, president of Link at Intersection, in a statement to GeekWire.

In late 2017, representatives from Intersection shared their plans for Seattle with the regional Chamber of Commerce at a private event. But sometime in the months that followed, Seattle Mayor Jenny Durkan had a change of heart.

“From the initial proposal, Mayor Durkan had significant concerns with both the privacy and data policies — specifically what data was collected, how it was stored, what tracking was possible, and how ads were targeted,” said Stephanie Formas, the mayor’s communications director.

Intersection works with each city to draft bespoke privacy policies for its Link kiosks. All Link devices are equipped with security cameras. In New York, the footage is deleted after seven days, unless it is needed to investigate an incident. Link devices collect email addresses when users log into the WiFi network for the first time but don’t ask for any additional personal information. Intersection does not engage in targeted advertising, according to the company’s privacy policy.

One of two companies that eventually joined to form Intersection did land in hot water in New York over privacy concerns back in 2014. The company then known as Titan Outdoor controlled advertising displays on New York phone booths. BuzzFeed discovered that the booths contained beacons that could be used to track the movements of passersby and push ads to mobile phones. New York had the beacons removed as a result of BuzzFeed’s coverage.

In 2015, Sidewalk Labs bought Titan Outdoors and another company called Control Group, merging them together to form Intersection as an independent startup.

“Because of her background working on privacy issues from decades, Mayor Durkan strongly believes that any proposals using city right-of-way must adequately protect users’ privacy and data and uphold net neutrality principles while ensuring that any such program advances equity for communities throughout Seattle,” said Formas. “In addition, she believes there needs to be a fair return to taxpayers for use of city land and true engagement with the diverse neighborhoods throughout Seattle.”

Intersection already operates rail and bus ads in Seattle and the Eastside through partnerships with King County Metro and Sound Transit. Intersection also has an existing office in downtown Seattle.

It isn’t clear whether the street furniture discussions will be renewed, but Intersection appears optimistic. If the talks start up again, the plan would still require the city to change its sign code to allow ads on public sidewalks.

“We look forward to continuing our conversations with city stakeholders about bringing these public benefits to the streets of Seattle,” Hensley said.