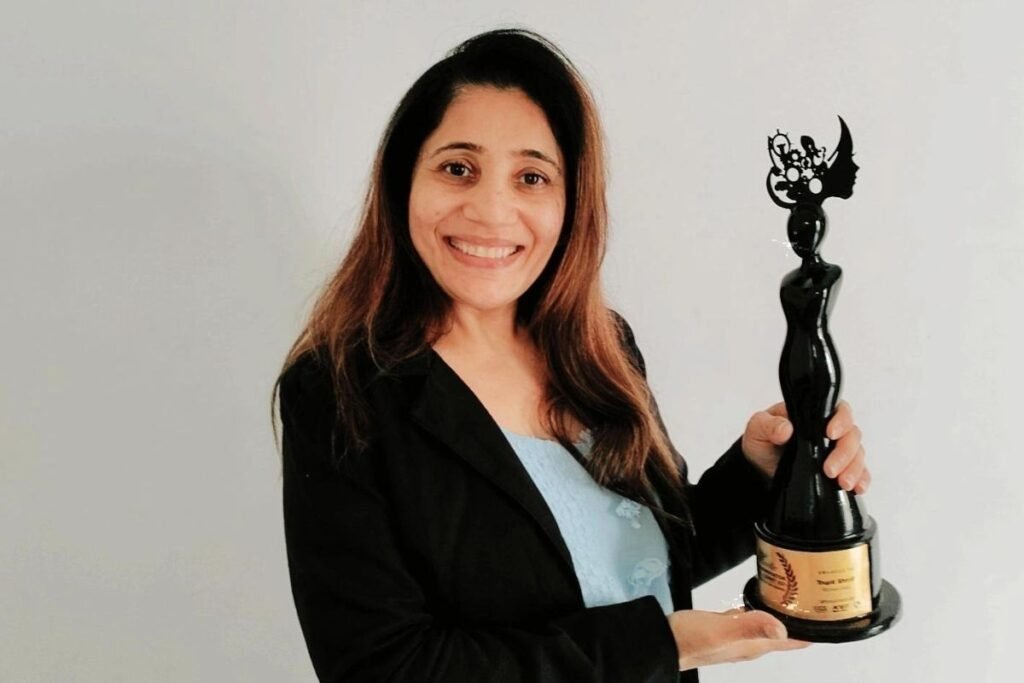 Surat (Gujarat) [India], December 30: Trupti Shroff, a successful anchor, emcee, voice and accent trainer, and voiceover artist from Surat, has been named the winner of Womennovator’s 1,000 Women of Asia Awards 2021.

Trupti Shroff was awarded the top 1,000 successful women of Asia at the global summit of Womennovator Women Faces Awards-2021 attended by Union Minister of Commerce and Textiles, Piyush Goyal.

Womennovator, founded by Tripti Shinghal is one of the world’s largest platforms connecting aspiring women entrepreneurs to the policy decision-makers like government enterprises, ministries, and banks by creating a robust network among experts, mentors, guides and provides an opportunity to avail any support in terms of mentoring, training, investment, and marketing requirements.

“I am feeling honoured and proud to receive the Womennovator award for the powerful women of Asia. I have been working as an anchor for the last 18 years and have hosted over 1,800 shows, out of which 1,200 shows were of Sangeet at the wedding and corporate functions, which is my forte. I have hosted family functions to concerts of 10,000 crowd and am also a cricket jock,” says Trupti Shroff, who is operating her business from Surat and Mumbai. Shroff said, “It was a mesmerising experience for me to host six back-to-back events at the wedding ceremony of Mauni Shah, daughter of Belgium’s leading diamond merchant, Manish Shah, with Aniket Shroff. I was invited by Manish Shah for his daughter’s extravagant wedding at Lake Como in Italy. I am the first anchor from Gujarat to host the big fat Indian wedding internationally.”

Shroff has been awarded Nari Ratna” by Surat Municipal Corporation (SMC) in 2017, Mrs. Bharat Icon Great Confident & Attitude Title in 2017, the most inspirational woman in the city in 2018,  women influencer award in 2019, and ‘Naari Gaurav’ award in 2020 respectively.

Is today’s market sad or sane?