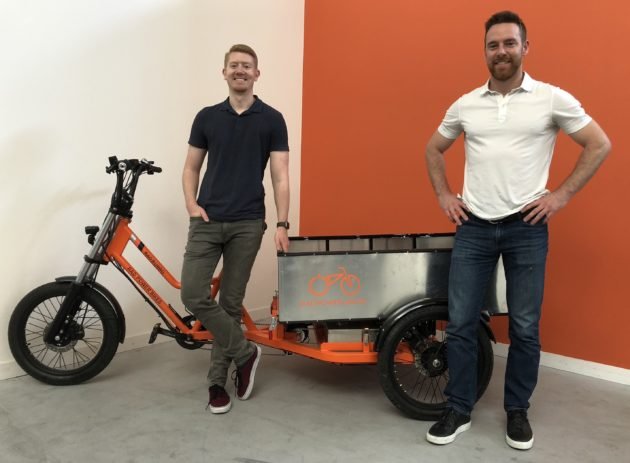 Rad Power Bikes co-founder Ty Collins prides himself on selling electric bicycles to thousands of customers each year at a lower price than many competitors. High-end e-bikes can range from $4,000 to $8,000 or more while most of Seattle-based Rad’s models sell for $1,500.

That changes Thursday. Collins says that although affordability is at the heart of Rad’s ethos, the company cannot absorb the entirety of a new 25 percent tariff on electric bikes and scooters imported from China that takes effect today. The cost of Rad’s consumer and commercial e-bike models will increase by $200 each.

“We’re really doing everything we can to try to absorb as much of this as we can and make it easy for the end user to get on our bikes,” Collins said. “Obviously, it’s something that’s affected the entire industry. I don’t think any company, given the choice, would’ve done a price hike, especially at a time like this, but it’s a punch we just have to go with.”

E-bikes look like traditional bicycles but have rechargeable, electric motors that make cycling easier, which can reduce barriers for would-be bikers. The e-bike industry has been growing rapidly in the U.S. More than 263,000 e-bikes were sold in the U.S. in 2017, according to data from eCycleElectric. That’s a 25 percent gain from the previous year. Some retailers are reporting double and triple-digit year-over-year sales reports Bicycle Retailer, an industry publication. The tariffs will also hit electric scooters, which have taken off as the newest mobility craze in cities around the country.

In addition to direct-to-consumer businesses, e-bikes have become key to the strategy of dockless bikesharing companies like Lime and Uber’s JUMP. New York’s Citi Bikes just added 1,000 electric assist bikes to its fleet as an alternative to scheduled public transit closures.

But companies that peddle e-bikes are concerned that the new tariff will slow down the electric cycling movement in the U.S. just when it’s starting to pick up speed.

The vast majority of e-bike and scooter manufacturing happens in China. Collins’ team researched the possibility of moving bike manufacturing to the U.S. or other another country but found it wasn’t feasible.

“We’re not choosing to manufacture overseas just for the cost side of it,” he said. “There just isn’t an option. If we decided we don’t really care what the end price is going to be, we just really want to manufacture in the U.S. … we would likely need to start our own manufacturing operation, and the cost to get that off the ground, including all the equipment, the tooling, all of that would just be astronomical.”

Lime’s e-bikes and scooters are also manufactured in China. Mary Caroline Pruitt, a communications manager for Lime, said the company is working “to advocate for policies that ensure our innovative industry can continue to invest rapidly in the economic success of American cities.”

Lime and JUMP declined to comment on whether the tariff would impact the cost riders pay for their services.

Lime, Rad, and others in the industry tried to pressure the Trump administration to remove e-bikes from the list of products subject to tariffs but they were unsuccessful.

The duty on e-bikes is part of a $16 billion package of tariffs the U.S. is imposing on Chinese goods starting Thursday. It’s the latest in an ongoing trade battle between the two nations. In an interview with CNBC, U.S. Commerce Secretary Wilbur Ross explained the administration’s position.

“We are trying to get a deal,” he said. “We are making progress. We don’t have the deal just yet but I think a deal is very likely within reach in the very, very near future.”

In the meantime, Rad Power Bikes co-founder Collins worries the tariffs will slow U.S. progress toward embracing new mobility options as an alternative to car travel.

“There’s so many other countries that have viewed bikes and electric bikes as a true form of transportation for a long time now and it works out very, very well for them … it feels like these tariffs are taking us away from that,” he said.

But he doesn’t think this is the end of the road for e-bikes and scooters. “We’re very confident that though this is going to be a speed bump, it’s not going to be a roadblock that’s going to stop us from continuing to push on,” he said.