As a kid, I played cricket in gullies or neighborhood parks at best. For backdrop, we had Sharma uncle ka ghar and for boundary, the farthest car.

Safe to assume, that was the case for most people brought up in urban areas.

Now, how is this for a match location?

Beat that view of cricket with the background of Nanga Parbat pic.twitter.com/zg7O9uuWVY

As mentioned in the tweet, that’s Nanga Parbat, the ninth highest mountain in the world which graces the horizon in Pakistan.

But just when I thought there is nothing that can beat this view, people started a face-off, sharing beautiful pictures of cricket fields and pitches from across the world and now I want to take a leave from work to go outside and play.

Ireland is called ‘Emerald Isle’ for a reason that is abundantly clear here.

How about this one Limerick CC vs N. Kerry CC in Kerry Ireland pic.twitter.com/fL7Zm7bSv6

And then there is ‘God’s own country’.

I would be useless as a fielder if my surroundings were so beautiful.

Agree, saw many beautiful views in the mountain regions of #pakistan – hard to beat the views of pakistani families and friends out enjoying cricket games after work in the early evening surrounded by the worlds biggest peaks! #cricket https://t.co/H4UXITypvv pic.twitter.com/KKcuFsmEHP

Sending the ball to chase the sun.

Here’s what I saw at the Chambal Ravines at Dhaulpur, Rajasthan. pic.twitter.com/RCfXO2pnu9

Don’t know what place this is, but it will more than work for a backdrop.

No wonder this one is a tourist location in Sri Lanka.

And then comes the famous Dharamsala Stadium, located on the foot of Himalayas.

The originators of cricket enjoying the game in the valley.

The tweet does not mention the tea estates of which country, but it doesn’t matter either.

How about a match in these tea estates? pic.twitter.com/9N0nLvzH33

How do these people concentrate on the match, is my question. 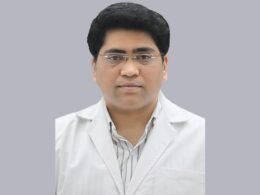 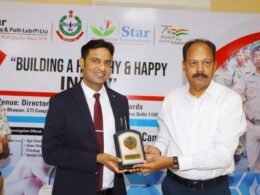 Why You Sometimes Feel Sad After Sex, Even When It's Good Sex

When he was in his early 20s, Los Angeles-based writer Brandon G. Alexander often felt an inexplicable sadness…
bywissen
No comments