The Wait Is Finally Over! ‘Crazy Rich Asians’ Will Release in India. Yes, You Read That Right.

Crazy Rich Asians, the movie adaptation of Kevin Kwan’s novel of the same name took Hollywood by a storm after its release on August 15th worldwide. Being the first major studio movie of the century with an Asian cast, its a hoot and already in the running to be the best rom-com of the decade.

Well hold your breath as I come bearing good news for you all!

Crazy Rich Asians is going to release in India on 21st September. Yes, you heard that right. THIS FRIDAY.

The wait is finally over for the most extravagant party of the season. #CrazyRichAsians now releasing in cinemas near you on September 21st.

Warner Bros. India confirmed the news today on their social media platform and I cannot contain the excitement.

Desi Twitterati is overjoyed to hear the news as well!

Yes!!! Thank u @warnerbrosindia this movie made its first big impact in the US and now it’s doing big in Australia and Singapore. Let’s see it’s mark oh india!

People are over the effin moon about this one.

Who cares? #CrazyRichAsians is coming to India this Friday

Finally, our screens will be graced by the oh so dreamy Henry Golding.

When hurt makes inroads deep into the heart, we grow fonder of the memories of the times gone…
bywissen
No comments

Radhika Apte has definitely experimented with her project choices, and the latest addition to her filmography is the…
bywissen
No comments 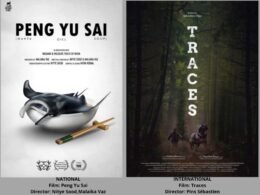