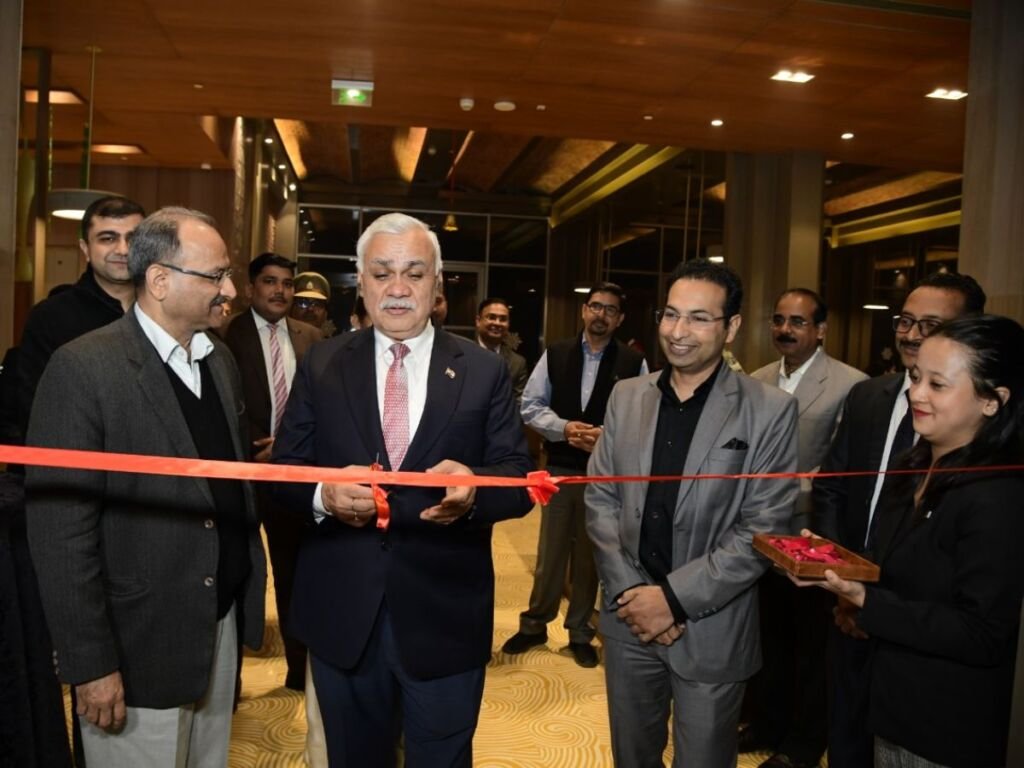 Lucknow (Uttar Pradesh) [India], January 4: The city’s crown has gained one more feather. In advance of two major international events, the G-20 and the UP Global Investors Summit 2023, which will be held back-to-back in Lucknow in the coming days, the hotel The Centrum has launched its exclusive new restaurant for special authentic Awadhi cuisine, keeping in mind the foreign guests, visitors, and delegates.

Lucknow, which has created its own distinct identity for its culture and cuisines throughout the world is now turning into launch pad for CM Yogi’s vision. President Droupadi Murmu, Prime Minister Narendra Modi, defence minister Rajnath Singh and Union home minister Amit Shah will attend the U.P. Global Investors Summit 2023 (UPGIS-2023) scheduled to be held from February 10 to 12 in Lucknow.

The inauguration of restaurant was done by senior IAS & Chief Secretary UP government, Durga Shankar Mishra along in the presence of officers Arvind Kumar, Amit Singh, Alok Kumar, Anil Sagar, Abhishek Prakash, Prathmesh Kumar, Piyush Verma and other delegates of UP Tourism.

While speaking with media, Sarvesh Goel, the chairman of Mansingh Goel group and the Promoter of The Centrum, said, “This authentic Awadhi restaurant will be one of the major attractions for the International guests staying at The Centrum and foodies of Lucknow. Prior to this, 24×7 Plum Restaurants has been already launched and operating at The Centrum Hotel where 24-hour dining arrangements are available.” Hotel The Centrum has been recently recognised as third in the category of five star hotels in Lucknow and its a first very owned five start hotel which was a project started under UP Investor Summit held during CM Yogi Adityanath’s first term.

From small to large events, whether it be recent mega ones like the IATO’s (Indian Association of Tour Operators) Annual Convention, the TOI Fashion Week, UP Investor Summit 2018, JK Cement Architect of the Year Awards, or upcoming mega ones like the G-20 Summit and Global Investor Meets, The Centrum has established itself as one of Lucknow’s most preferred venues for national and international level of events.

The Centrum’s luxurious staycation experiences, along with international indoor and outdoor amenities, turn it into the first choice destination in Lucknow for all kinds of events, whether it’s extravagant fashion shows, educational conclaves, big fat weddings, destination weddings, or mega corporate meets. The Centrum, Lucknow becomes the centre stage of UP’s growth story.