The Ending Of Inception Has Finally Been Revealed By Michael Caine. No, You’re Not Dreaming 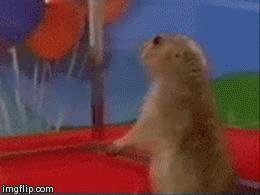 The Ending Of Inception Has Finally Been Revealed By Michael Caine. No, You’re Not Dreaming

The much-debated ending to the movie Inception has finally been put to rest by Michael Caine, according to the Independent.

Christopher Nolan’s magnum opus, Inception, was a cerebral whirlwind when it released. Anyone who watched it also wondered what the final scene signified. In case your memory is foggy, here’s the scene.

It goes like this – Leonardo DiCaprio’s character Dom Cobb has a tether – a totem that will spin indefinitely in a dream. At the end of the film, he’s reunited with his children and father-in-law, played by Caine.

As Dom walks away, the film cuts as the top is still spinning, leaving us to wonder whether he was, in fact, still dreaming.

Introducing the film at a Film4 Summer Screen in London recently, Caine cleared things up –

Basically, if Michael Caine was in a scene, it was reality.

So from what Caine is saying, it goes to show that the totem probably toppled over after the scene was cut, and it wasn’t a dream.