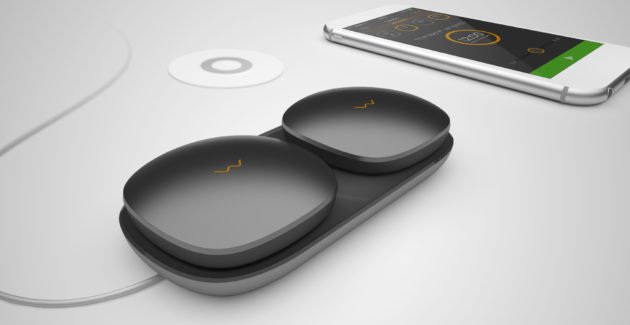 Carewave Medical, a stealth mode startup backed by big names in Seattle’s biotech industry, has raised just over $3 million in new funding, according to an SEC filing.

Carewave co-founder and CEO Al Stephan confirmed that the new funds are part of an ongoing round that GeekWire first reported in February. He added that he anticipates the round will close at $3.5 million but declined to comment further on the new funding or the company’s work.

In addition to Stephan, the SEC filing names Ronald Chwang in relation to the company. Chwang is the chairman and president of health technology investment firm iD Ventures America.

According to its website, Carewave is developing a wearable device that relieves lower back and menstrual pain using “Pulsed Heat Technology,” more generically called pulsed radiofrequency technology. While scientists are unsure exactly how the technology works, it has been studied as a way to treat chronic pain since the late 1990s.

The company was founded in 2014 and incubated by the Stratos Group, which includes biotech company Stratos Genomics. Stephan co-founded Stratos Group and served as its CEO until Carewave spun out in 2016, when he left to head the new company.

Previous SEC filings have named a number of prominent Seattle biotech leaders in relation to the company. They include Harold Kawaguchi, chairman of the Stratos Group; longtime healthcare executive and member of Carewave’s board of directors Michaela Griggs; pain expert and Carewave co-founder and chief medical officer Dr. Charles Chabal; and University of Washington professor Peter Dunbar, whose LinkedIn lists him as Carewave’s former secretary of the board and chief medical officer.

Editor’s Note: This story has been updated to correct the last name of Carewave Medical’s CEO. He is Al Stephan, not Al Stephen.