Startup Spotlight: Nori is creating a blockchain marketplace open to all to reverse climate change

Seattle-based startup Nori is hoping to deliver what Al Gore, the Paris climate accord and others have not: a market-driven solution to not only curb greenhouse gas emissions, but actually remove planet-warming carbon from the atmosphere.

Their plan is to create a blockchain-based market that uses its own bitcoin tokens to allow corporations, governments, individuals — anyone who wants to anywhere in the world — to fund efforts to reduce levels of carbon dioxide.

The cryptocurrency would pay farmers to capture the gas by using sustainable farming techniques that promote the growth of microbes and bacteria in topsoil. The microscopic organisms pull CO2 out of the air and hold it in the ground where it won’t heat the planet. While there are other means of capturing carbon, including industrial processes that separate it from the air and use it in manufacturing or turn it into a carbonate solid, Nori is focusing initially on the agriculture solution, given some infrastructure that’s already in place.

Nori joins existing efforts to curb carbon pollution through markets and taxes in the U.S. and internationally.

Nine states in the northeast of the U.S. have had a carbon trading system for nearly a decade, while Washington, Oregon, California and British Columbia are all part of the Western Climate Initiative. The programs are making some progress, but many agree that it’s not a lot and not enough.

“When we look at the existing carbon markets today, people have been making attempts in good faith to put a price on carbon, but they’ve had virtually no effect,” said Nori CEO Paul Gambill.

In 2015, Gambill started a meetup group called Carbon Removal Seattle to connect with people interested in CO2 capture. He met Christophe Jospe, who was working for the Center for Negative Carbon Emissions at Arizona State University, and they created the concept for Nori in the summer of 2017. In the fall, they recruited team members from their networks to enter the Blockchain for Social Impact hackathon, which they won. The company now has 10 employees.

Increasing understanding of the harm that comes with climate change, including massive wildfires, record-setting heat waves and other extreme weather events, has boosted interest in the problem, Gambill said. With their market, anyone can help fight climate change.

“Creating a token gives the ability to democratize the financial capital,” he said. “People around the world can participate.”

Each token is equal to removing 1 ton of CO2, a sort of “gift card” for carbon removal.

Nori’s biggest challenge is getting enough farmers signed up to participate, Gambill said. By the end of the year, he expects to have the market up and running and will begin a token sale soon. Their website regularly posts podcasts interviewing experts in the fields they touch and webinars to explain their strategy.

Gambill is hopeful that by creating this market, and harnessing blockchain and cryptocurrency technology to do it, Nori could help kick-start a carbon removal industry — and fast.

“I believe in the power of exponential growth in technology,” Gambill said. “And when incentives are aligned with positive outcomes for humanity, we get good results very quickly.”

We caught up with Gambill for this Startup Spotlight, a regular GeekWire feature. Continue reading for his answers to our questionnaire.

Explain what you do so our parents can understand it: To reverse climate change, the world needs to draw down 1.5 trillion metric tons of CO2 from the atmosphere and store it in the earth. Nori is building a marketplace that makes it easier for people and businesses to get paid for removing and storing CO2.

Inspiration hit us when: I was reading an article about how climate scientists were becoming very depressed because no one was listening to them about the dire consequences of unchecked climate change. I figured there had to be a way to incentivize people to remove carbon dioxide from the atmosphere and just undo all the greenhouse gas emissions that have happened.

When Christophe and I first connected online in 2016, we were on the same page regarding market instruments and ways to efficiently coordinate resources and financing to address climate change by pulling carbon dioxide out of the atmosphere. In the summer of 2017, we thought it would be a perfect time to use blockchain technology to build the underlying market infrastructure to bring our vision to life.

VC, Angel or Bootstrap: Nori has been bootstrapped from the beginning and has no plans to sell equity in the company. We’re very much a mission-based company that is trying to reverse climate change. Today, that means we’re building a carbon removal marketplace. In 30 years, that might mean we’re doing something entirely different! We felt it was important that we maintain control over the decision-making process for how the company goes about achieving its mission.

Our ‘secret sauce’ is: There is no other team in the world who could do what we do. We have the world’s leading expert on carbon markets and carbon removal contracts on our team. Paul Carduner, our chief technology officer, built the photos and videos teams for Facebook. Our advisor Klaus Lackner pioneered the concept of direct air capture 20 years ago. Collectively, we have more experience in the carbon removal space than anyone else.

The smartest move we’ve made so far: One of the first steps we took was to begin publishing a weekly podcast called Reversing Climate Change where we interview different people involved in both blockchain and carbon removal. We wanted to use it as a way to engage people in Nori’s journey to build an ecosystem of different people working to remove carbon dioxide from the atmosphere. We’ve had so many people reach out to us who wanted to get involved as either suppliers or buyers of CO2 removal because they found out about what we’re doing from the podcast.

The biggest mistake we’ve made so far: About three months into working out of our CTO’s living room, we started making plans for getting office space. Most of the places we toured were open office plans, and we knew we needed some private areas for phone calls. I saw an ad for a used golden phone booth for sale and thought it’d be a fun office item that was also sort of functional. A couple of us rented a truck, picked it up and moved it into a storage unit until the time came. Well, we’re now in office space that has offices with doors so phone calls are easy to take. I was conveniently out of town when the rest of the team moved into the office, and they flat out declined to move that very heavy phone booth into the new space. And now it is still sitting in our storage unit as I’ve been trying to sell it for a couple of months now…

Would you rather have Gates, Zuckerberg or Bezos in your corner: Definitely Bill Gates, because his focus has been in very similar areas to what we’re focusing on. He even launched a venture fund a couple years ago called Breakthrough Energy that is specifically targeting companies that would do things like remove carbon dioxide from the atmosphere.

Our favorite team-building activity is: Playing Overcooked. But you can also catch us skiing, hiking, rock climbing, rocking out at Phish concerts and eating really good food.

The biggest thing we look for when hiring is: How curious the candidate is about learning new things. Experience can certainly count for a lot, but we’re working on building the infrastructure for a new industry that has never existed before in a way that’s never been attempted before. So we’re all learning as we go, and it’s critical that a new hire be able to not only keep up but push us forward.

What’s the one piece of advice you’d give to other entrepreneurs just starting out: Start with why. Find the people who are interested in the mission of what you’re doing, and find a way to engage them in conversation and design of what you’re doing as early as possible. People flock to ideas that align with their values, and if you state those clearly up front then you will find all the help that you need to get going.

The Maveron team. (Maveron Photo/Michael Clemens) Cat Lee, a Silicon Valley veteran who was most recently head…
bywissen
No comments

How much will the changing valuation profile of software companies impact the highest-flying private unicorns? Also, why hasn’t…
bywissen
No comments 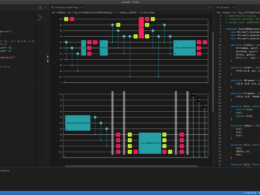 Tel Aviv-based Classiq, a startup that wants to make it easier for developers to build quantum algorithms and…
bywissen
No comments