A Lime-S electric scooter showed up at Seattle’s University Village shopping mall on Tuesday, catching the attention of a few shoppers, but sitting mostly unnoticed near an out-of-the-way bicycle rack.

The scooter’s presence seemed to suggest that Lime — the company behind the shared green bicycles around Seattle — is preparing to launch its free-floating electric scooter service in the city.

The catch? Scooter shares are verboten in Seattle. The Seattle Department of Transportation says free-floating scooter services are not authorized and the department has notified all companies operating those services of the city’s rules.

Lime declined to comment on the surprise appearance, which was first spotted by GeekWire tipster Taylor Kesler.

“If they did operate in Seattle without a permit we would confiscate all the equipment in the right of way that’s on the sidewalks and additionally issue fines to these companies,” Joel Miller, SDOT’s bikeshare program manager, told GeekWire back in July. Miller stressed the point when online job listings suggested Bird, another electric scooter company, was preparing to launch in Seattle. 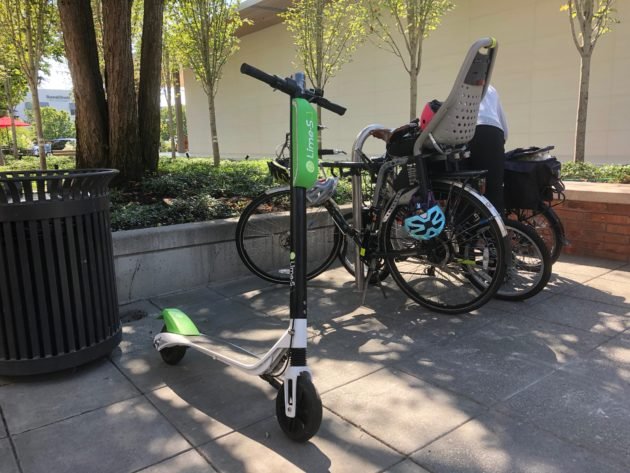 The scooter spotted Tuesday was parked near a bike rack behind U. Village’s new Apple store and in front of a patio at the Ram Restaurant & Brewery.

A waitress at the Ram didn’t notice the machine or anyone who happened to ride up on it. A few passersby remarked on the green, white and black scooter resting on a small kickstand.

“Lime-S?” said one young man as he gawked at it, half chuckling. “Whoa,” was the reaction from a pack of small kids walking their bikes through the outdoor mall. Another woman locked her bike to the nearby rack without paying any attention to the scooter.

We tried to power up the device through the Lime app but a message read, “Hmm … Sorry, this bike is currently under maintenance. Please find another bike nearby on the map and contact us if you need any help.” 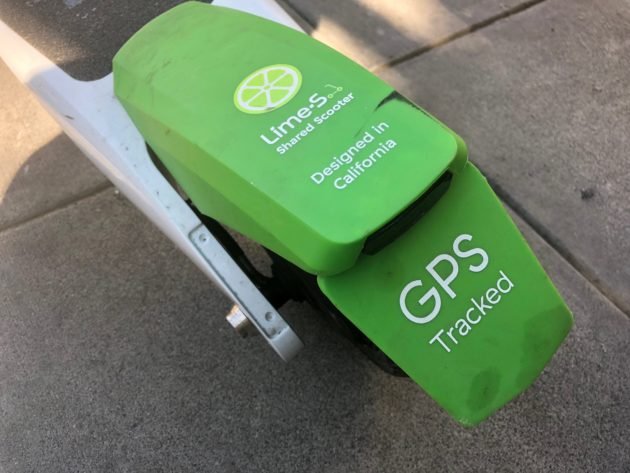 With “$1 to start” stamped across the foot pad and “Designed in California” on the rear-wheel fender, the scooter weighed about 20 pounds. It was possible to roll it across the sidewalk when pushed without having it sound an alarm the way some bikeshare bikes do when locked.

SDOT has put off considering scooters, the newest craze in the new mobility world, while it finalized the city’s long-term dockless bikeshare program. In July, Seattle adopted new regulations for bikeshare companies that include an annual permit fee of $250,000. That ended a year-long pilot program which is why Seattleites have already gotten used to seeing brightly colored shared bikes around town.

“The current regulations do not permit bikeshare scooters in the Seattle public right of way,” said Mafara Hobson, a spokesperson for SDOT. “The permitting regulations do include penalties for companies that violate the permit regulations.”

Free-floating scooter share has been gaining traction in the U.S. Lime, which already has a foothold in Seattle because of its bikeshare service, competes with Bird, Uber, Spin, and others in the space. Shareable electric scooters have been deployed in San Francisco, Southern California, Washington, D.C., and other regions to mixed reviews.

Lime has been demoing its electric scooters at Seattle neighborhood events to build support for the service. But when GeekWire last spoke with Lime, the company said it was waiting for approval from Seattle officials before deploying scooters.

This illustration shows the seven Earth-size planets of TRAPPIST-1, an exoplanet system about 39 light-years away. The image…
bywissen
No comments 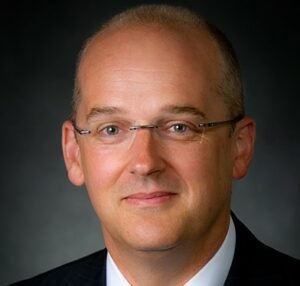 Boeing reorganizes operations to prepare for the ‘post-pandemic’ aviation industry

A date with history: NASA and SpaceX schedule first crewed Dragon mission for May 27 launch 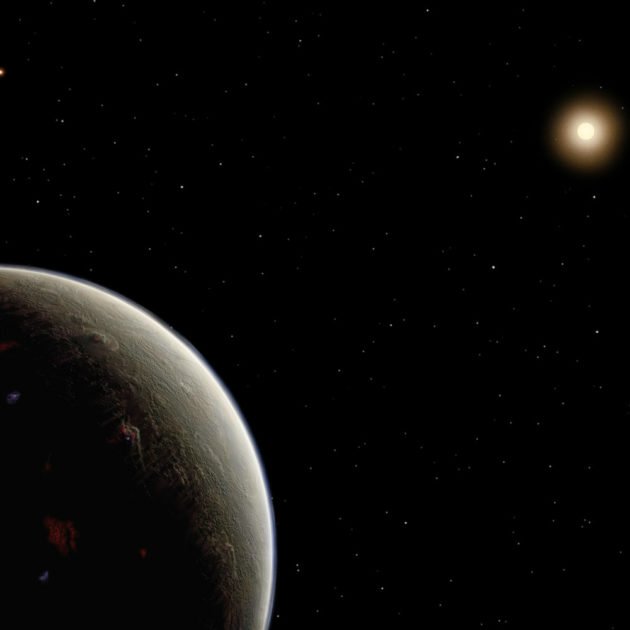 An artist’s conception shows a super-Earth in orbit around HD 26965, which is Mr. Spock’s home star in…
bywissen
No comments