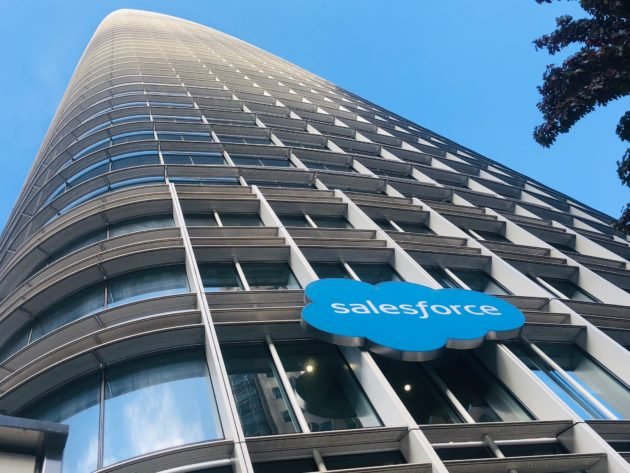 Salesforce vowed to double its yearly revenue by the end of its 2023 fiscal year and reported fourth-quarter earnings better than expected on Monday, but investors dinged the company for a lighter-than-expected outlook.

Fourth-quarter revenue at Salesforce was $3.6 billion, up 26 percent compared to the same period last year and slightly ahead of analyst expectations of $3.56 billion. Full-year revenue was $13.3 billion, which was also a 26 percent improvement over the prior year, and both numbers set company records.

In a press release unveiling the numbers, Salesforce co-CEO Keith Block said Salesforce now expects to record between $26 billion and $28 billion during its 2023 fiscal year, which will end four years from today, or thereabouts. One of the first companies to prove that software-as-a-service was the future of enterprise software after it was founded in 1999, Salesforce said it was the fastest company in that category to reach $13 billion in annual revenue.

Net income for the quarter was $362 million, up 75 percent compared to the same period last year. That translated into earnings per share of $0.70 excluding special items, well ahead of analyst estimates of $0.55.

But Salesforce shares fell three percent in after-hours trading thanks to a full-year revenue outlook that was below analyst models, according to Marketwatch.

Sales Cloud continues to pace the company’s revenue, as customers spent $4 billion on Salesforce’s flagship sales-management software during its fiscal 2019. Service Cloud posted a 25 percent jump in yearly revenue to $3.6 billion, while Salesforce Platform recorded a 49 percent jump in revenue during the year to $2.9 billion.