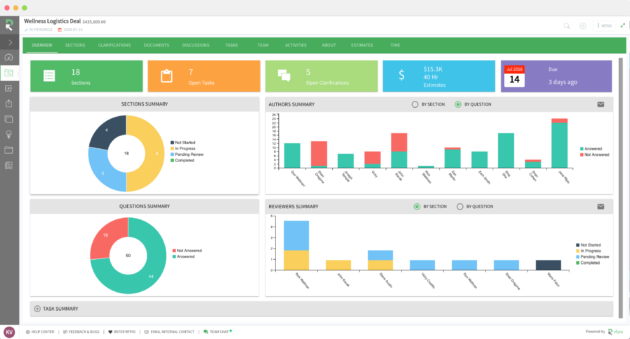 Founded in 2015, RFPIO streamlines the RFP response process by allowing customers to upload Word, Excel, and PDF proposal documents into its platform. The company’s technology can parse content from the documents and use AI to recommend potential answers based on previous RFP-related work. There are also project management collaboration features and integrations with applications such as Salesforce, Microsoft Dynamics, Google Drive, Slack, and others.

Customers using RFPIO include LinkedIn, ServiceNow, Zoom, Adobe, and others from a wide spectrum of industries. The company counts more than 11,000 users. Its revenue has tripled in the past year.

“We are already the leader in this space, but this new funding will help us accelerate further rapid growth,” he said.

RFPIO, ranked No. 165 on the GeekWire 200 list of top Pacific Northwest startups, employs 50 people split between its Portland, Ore.-area office and India. It plans to double the size of its team over the next 12 months.