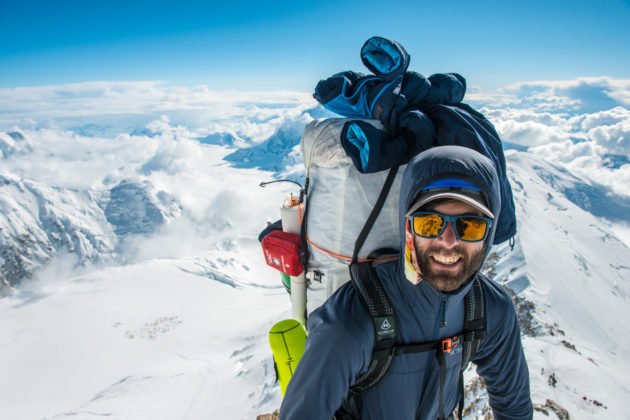 High-altitude activities are no walk in the park. From hardcore mountaineering to downhill skiing, most high-altitude adventurers have nerves of steel and must work hard to take care of their health.

But there’s a little-understood syndrome that can spell doom for a thrill seeker. Called simply Sudden Cardiac Death, the health problem is the second most common cause of death for men over 34 at high altitudes, behind traumatic injury. Little is known about the syndrome and what causes it.

Researchers with the nonprofit U.S. Expeditions and Explorations (USX) are hoping to change that, and it was that goal that sent five volunteers and researchers to the top of Mt. Denali this month.

With a little help from Kirkland, Wash., based startup Cardiac Insights, the group recorded reams of data on their heartbeat as they climbed the mountain, getting an unprecedented glimpse into how our hearts work as we engage in high-altitude activities.

“I hope to learn more about the frequency of abnormal heart rhythms in healthy people at high altitude,” Dr. Dave Ohlson, the lead researcher on the project, told GeekWire in an email. “It is thought that abnormal rhythms are relatively common at high altitude, but there is not a lot of data on the subject. No one thinks that altitude is unsafe for healthy people, but in people with coronary artery disease risk factors, abnormal heart rhythms could potentially be dangerous.”

The tech that made the study possible is the Cardea SOLO device, a lightweight, wearable ECG monitor made by Cardiac Insights. The SOLO can be worn up to seven days and will record the wearer’s heartbeat continuously during that time.

Unlike many other portable ECG monitors, it doesn’t require inserting part of the device under the skin. Ohlson, who is also a filmmaker and doctor at Idaho’s Bingham Memorial Hospital, said the device’s design made it ideal for this study.

“Inserting a device under the skin is more invasive, more costly and it is harder to convince people to participate. A sensor like the Cardea Solo can be stuck on and then I can forget about it for the seven days it’s recording. This has major advantages in a study like this where we’re actively climbing a mountain and I have a lot of other tasks on my mind,” he said.

Although he has only just started analyzing the data, Ohlson said he already found an abnormality among one of the five participants.

“There are pauses between heartbeats during sleep that only occur at the highest altitudes. They’re 2 to 3.5 seconds long and totally harmless, but an interesting example of how the body reacts to the hypoxia found at high altitude,” he said.

Ohlson isn’t the first to observe this abnormality, but it’s one example of how valuable this data can be. Ohlson said he plans to publish the full results of the study next year and that he is also planning to use this first study as a model for other, larger studies in the same vein.

U.S. Explorations and Expeditions connects military veterans with volunteer opportunities in STEM research, with a focus on exploration. The organization is based in Hinesville, Georgia, and has members across the world.