There is something about the spirit world that makes our curious selves want to know more about it. And if people on Reddit are to be believed, they have tried invoking, calling, and talking to spirits – both good and bad.

I went to the beach, which as most mages know, is one of the best places to open gates, which is what I was there for.
The circle was raised, physically and astrally, and the normal banishings and invocations were done. I opened the gate, I wont say here which one, or what I was trying to call, but when it came it didn’t want to talk. It set right to work attempting to destroy the circle, and ripped it to pieces astrally before literally erasing the one drawn in the ground. As I watched it vanish I felt the first and last real fear I have ever felt in my time in the occult.
When the circle was gone it came straight for me and the sensation was instant and profound physical pain. I felt like a knife was being stabbed right into me. I fell to the ground and knew I was dying. It wasn’t the first time I’ve been on death’s door so I assure you I know the difference.
That’s when my assistant, knowing something was going horribly wrong, closed the gate I opened. It took years to recover from that experience, both physically and spiritually.

I frequently spoke with somebody named ‘ZELDA’ on my board. Zelda never said much, mostly just her name over and over again, but odd things started happening. I would hear knocks on my wall, footsteps up the stairs, my radio would frequently switch to static. I found a contact in my phone named “Zzzzz” with my phone number, opened my phone to a text message pending that was ‘A’ but the suggested auto-correct was ‘Zelda’. She took over one of my boards: I could NEVER read anyone else, it was always only Zelda.
I never got any bad vibes from her, and the weird occurrences have ceased for the most part (I don’t ouija anymore), but it honestly still feels like she tries to reach me sometimes.

My first experience was when I successfully summoned my Guardian watcher, he’s the one that teaches me my abilities. I could sense his presence and would be shown what to do during meditative journeys, but I wanted to be able to have a better relationship by a stronger real world connection. So I set myself in trance and concentrated on his name and presence and in a few minutes I made a connection. I saw a white mist rise around me and it felt cool and charged like static. It enveloped the room and made me feel extremely clear minded and euphoric. The sensation now continues whenever I summon his presence to aid me, and it is followed by misty wisps in the air that dance around me so I always know he’s there. I’ve been practising and working with him for many years, he’s my primary helper guardian that taught me many of the things I now know.

Scariest experience of my life. I was a teen, and didn’t know what I was doing. It was as if I started tripping, I was in its dimension…. but I was tripping harder than any drug I have ever taken. Whatever was happening to me, was beyond drugs. It started to speak to me, and I pretty much had to resist its offers for about 3 hours. My friend eventually broke ‘the spell’ when he walked into the space I was at. Than everything just snapped back to reality.

Well, I didn’t exactly try to summon it, but something came from Quija board stuff. My friend and I were 13 and messed around with the board for a couple weeks on and off at my house. We thought all was cool, but suddenly my mother started having violent hauntings.
She never had experiences like that before, so I assumed we opened a portal. It was really scary for her and I felt terrible. The thing would hold her down in bed, and she could often feel the bed move around her as if under a weight. She told me that the vibe she got was very sexual and violent. The more attention we gave it, the worse it got.
My friend suggested that we sage everything. After a couple times, things went back to normal.

Me and 2 friends did it in a graveyard (yes I think we wanted to go extreme) once with a candle. At first it took an hour for the glass to do much, but it started moving very easily and quick. The spirit contacted one of my friends and she said she recognised him as a boy from her childhood who used to appear at her window. Of course she took her finger off the glass and only me and my other friend did it for a bit. But we were still contacting him and it was telling us things she already knew. She asked the spirit to follow her back home (which was close by). Once we got back in we contacted him again and he said he was at the end of the bed. Since then we did not use the Ouija board again.

A friend and myself were very much into spirits and shit in high school. One day a friend of hers came to hang out, and she had made a homemade Ouija board with lettering made out of her own blood (not fucking kidding, she was fucking nuts), a process that had taken several weeks. The other girl was saying that the board had become taken over by a spirit and it was like permanently haunted by him. They both smoked an assload of weed and decided to light a bunch of candles, make a salt circle, all kinds of seance shit. We then started with the Ouija board and I was introduced to Kyle, he was apparently a 28 year old dude who lived in the 60’s and 70’s. We’re asking him all these questions about the Woodstock era because we are upper middle class white girls who of course loved the idea of that time period because we watched Dazed and Confused and Over the Edge too many times. This entire time, I’m thinking this is total bullshit and the two stoned individuals were just playing off of each other to come up with this persona. Then my friend asked “Can you tell us how you died?” and the answer pulled quickly to NO and then the record player (we were trash) completely stopped. I got up to check it out, assuming the power went out. The spirit then quickly spelled out STOP and my two partners were basically screaming, and then all of a sudden all of the fucking candles blew out.
I’m not a paranoid person, but let me tell you, I threw that fucking blood stained wooden board outside so fucking quick. I got in my car and drove the fuck home.

The person we contacted gave us dates of birth and death and how old they were. I did the math afterward and it was completely correct. They also had the last name of the street we lived on and said they died before on the land before the house was put there which also matched up after I researched the house. They said they were shot for stealing someone’s girlfriend. I had lit candles and asked them to put one out if they were there qhich they did! I immediately started freaking out. Afterward things started happening in the house to the point that my adult male roommate wouldn’t go inside without me. He had previously thought i was just crazy. I started hearing voices. My daughter started talking to invisible people on the ceiling. The kitchen table would randomly seem like it was vibrating. Things would fly off counters and hit me. It got so bad that I ended up calling someone to cleanse the house and after that all was well.

A bunch of friends and I were using a Ouija board. We spoke to something that called itself “the black.” The way it proved itself was more through awareness than through actual action. For instance we asked it to open the garage door and in response it told us a time. At that time my friends dad happen to come home and opened the garage door.

I summoned a thought form character of my own creation on a whim, during the ritual, without any real preparation or any of the normal precautions, which was pretty stupid. Later got really trashed and something else ended up coming over. Blacked out, full possession, pretty nasty business. Still, no blood, just a few pants shit and egos bruised. I regained control later in the night, crazy enough shit to make me take a month long break from magic and alcohol though. 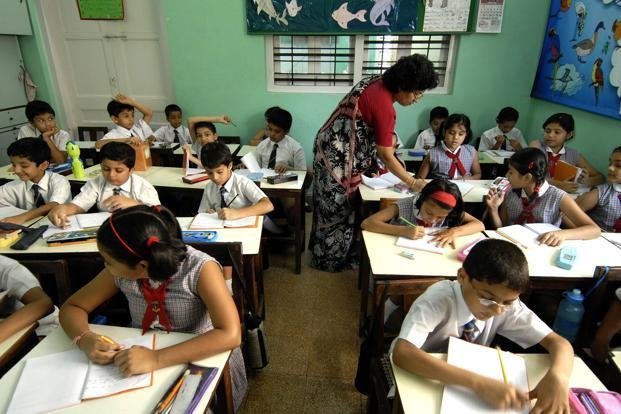 I have tremendous respect for all my teachers. They handled a group of teenagers having different inclinations, and…
bywissen
No comments 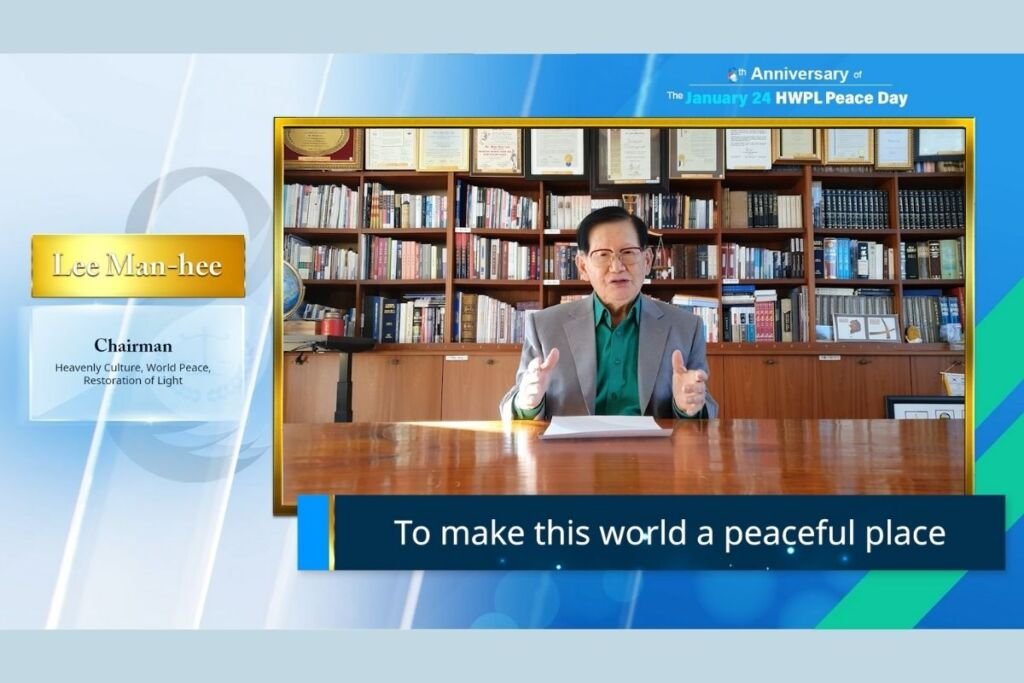 February 11: On the 24th of January 2022, over 22,000 social representatives from 51 countries attended the international…
bywissen
No comments (QuoteWizard Photo) Insurance comparison marketplace QuoteWizard has been acquired by LendingTree for $300 million, and the price tag could rise…
bywissen
No comments 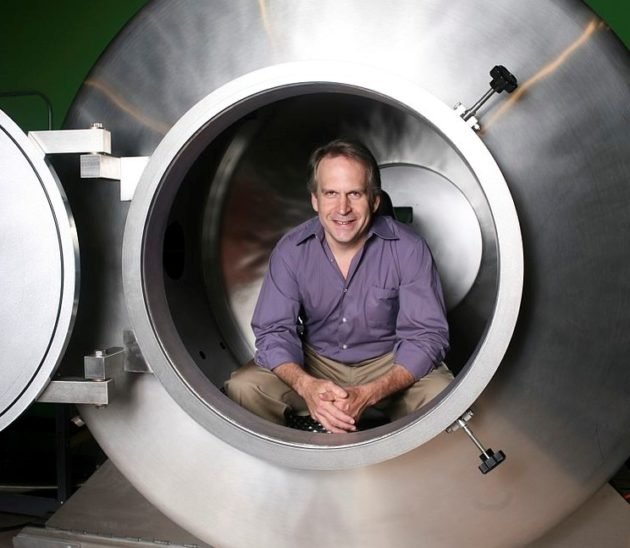