Disclaimer: The stories shared in this article are sensitive. Reader discretion is advised.

Substance addiction isn’t a choice that many people make. And once they are addicted to something they begin to enjoy that feeling and do not realize what can be its consequences for them, and for people around.

Here are some messed up tales shared by addicts on Reddit.

My boyfriend died of an overdose and I showed up late to his funeral because I was high as fuck on the drug that killed him. I don’t even remember being there. I am now 2 years clean.

I was walking down a horrible corridor, at around four in the morning. It was like a nightmare, it was horrible. There was a coroner waiting around the corner, so he could slaughter this innocent victim. Really, all he wanted was to kill the victim in front of an audience with them applauding it. All I could do was sit up in deep thought and contemplate my next plot. I sat in corner with my bottle of pills, guzzling them until I got high. I licked my finger and swirled it around the bottom just to make sure I had gotten all of it. I blacked out. I woke up at McDonald’s with blood all over me and dead bodies behind the counter.

Lost a job, broke two fingers (apparently from punching a light pole), had sex with a friends drunk gf and was hit by a truck, cracking 3 ribs. I learned all this while being tossed out of the bed of said truck by the friend whose gf I had fucked, in the parking lot of my apartment complex. I slept for the next 10 hours between two garage ports 100 feet from my front door.

I got really into pills so I would go through people’s medicine cabinets and steal a couple whenever I found anything good. I almost died twice. One time I took 30 pills, mixed with alcohol. Ended up in the hospital.
The other time was way worse though… I was 18 and a live-in nanny. I was the sole person responsible for 3 kids, for several days at a time because the parents were truckers. I think the kids were at their dad’s that weekend. I ran out of weed so I turned to alcohol and pills again. I passed out for over 24 hours. Woke up, took a few steps and fell flat on my face. I was so stoned. The effects lasted a couple days. I’m sure that time was the closest I’ve come to death.
I found a note I had written to my family saying if you find me dead, It’s not because I was trying to kill myself. I was just trying to get stoned. I think I still have that note somewhere.
Now that I think about it, I’m positive they were gone that weekend. It was Christmas, they were with their family somewhere.

I was an alcoholic for the best part of 8 years. Before I made it into detox the first time, I had been drunk about 18 straight months. I had developed two stomach ulcers which made holding down solid food difficult. About every 3 to 4 hours I would get terrible sweats and shakes if I didn’t drink. I really didn’t give a shit about my life and welcomed death. This caused me to do a lot of stupid things. The stupidest was swimming across a river at 2 am. I honestly didn’t expect to make it across but when I got about halfway across I felt stone sober and dug deep for a desire to live. The other thing is the current was fucking strong in the center. I was taken miles down river before I made it to the other shore. I was then in a different town with no shoes and no way back. Now I’ve been shot at, escaped from a house fire and been in 3 really bad car accidents, but that river was by far the most messed up.

I apparently managed to paint a painting which looked pretty good. But it had “This is getting out of hand. This is getting dangerous. You should stop.” written across the entire canvas. I have absolutely no recollection of painting it.
Took it as a sign that if fucked up me knew it was time to stop, sober me should probably listen.

Well one night my close friend tells me “you should try mushrooms” I was of course already drinking all the time so I thought, heck why not. We take the mushrooms and are hanging out in my apartment when they start to kick it. Body feels strange, mouth tingling, feel a little sick. I tell my body and he suggests we go for a ride on the long boards for some fresh air. Then my buddy says we should stop by his friends house and of course I’m alright with that. I knew they were weird people over there so being on mushrooms was the least of my worries. We get there, some mutual friends are just hanging out, they get a kick that we’re trippin. Next thing I know this girl in a black/red dress is walking back and forth, its kinda getting quiet. The girl says “it feels kinda sexual in here” we’re talking 5 guys this girl and me in the room. One guy is drinking wine in the corner eyeballing me. Then the mutual friends, really fucking weird guy, says straight up “we should rape S_Serve” kiddingly but also very fucking creepy. I jump up, tripping like fucking crazy, “I will jump out your fucking window if anything sexual starts happening” lots of tension, my buddy comes back into the room, I call him an ass hole and get the fuck outta there. I later learn they were having orgies, killing animals and eating them (turtles, snakes) fucking crazy shit was going down. I’m glad I got outta there un-raped.

My biggest hustle was selling all my mothers jewelry to the the local pawn shop. She had so much that she never wore like literally a chest full and this went on for 2 years. Rock bottom was her finally discovering that her entire chest was empty and she took me down the pawn shop in person and she had to spend an unbelievable amount of money to buy it back. The next day I sold all of it to a different pawn shop. Got kicked out of my parents house shortly there after

I didn’t shit for 4 weeks due to my heroin addiction and was caught on a warrant for not appearing in court on a possession charge. After court, I was still in jail and incredibly dope sick, had horrible constipation and needed to get released early to be sent to the hospital.
The same cop who arrested me the first time gave me a ride from the jail to the hospital. He dropped me off and I had the most painful shit of my life in the emergency room with a nurse having to encourage both me and my asshole to let go of the 4 week old waste I was carrying.
That was 2 weeks before I got sober. A year later and I can’t believe I was living that way.

When I was 19 and living with my dad in Baltimore, I of course couldn’t buy alcohol on my own. So I resorted to online dating to use guys who were old enough to buy.
This one guy picked me up from my dad’s house, took me to his apartment, drugged me and probably raped me, and I woke up in my own bed the next day wondering how I possibly could have blacked out after just two drinks. He had erased his profile and number. All of that for a drink.

I was an alcoholic, and one night I drank so much, that I passed out, I even pissed myself while I was listening to music very loudly. My mother couldn’t wake me up, so she slapped me, which woke me up. I remember that I became furious, and I wanted to hang myself in our garden.
I made a slipknot, and when I wanted to hang myself the paramedics already arrived. They calmed me down, and I knew where I’m going. A psychiatric hospital. They took me there, it was a long trip, maybe 30 minutes. There was dead silence. These psychiatric hospitals have two wards. The open ward, where usually depressed, alcoholic, and other “normal” mentally ill person are.
People beat each other, there were screaming, blood, feces on the walls, the nurses couldn’t make it silent, they had to restrain some of them. The insane people threw poop to each other while they laughed. They talked to themselves, they shouted for nothing. They hit the wall for no apparent reason.
And I smuggled in a razor blade. I won’t tell how, because i won’t give advice to anyone. In the middle of the night, I went to the toilet, and I sat there for about half an hour thinking if I should kill myself, because I couldn’t bear the screams anymore. I didn’t do it, and I flushed the razor blade down the toilet. The next day they released me to the open ward, which was nice, there were therapies and some kind of stuff, but it was a boring month.

My husband died due to alcoholism. He was an occasional binge drinker when we got together. After 11 years he couldn’t hold a job and I could not leave our daughter alone with him when I went to work. He spent 30 days in ICU before we disconnected his life support (he died within 6 minutes). It sucks not being able to fix them.

Shot heroin for the first time with my this girl I just met but I really loved her. I woke up the next day and she was dead. That’s all I know.

One event that comes to mind is posting up in the bathroom with a half gallon of vodka. I couldn’t really drink it because the shakes were so bad I couldn’t really put the bottle up to my mouth and hold it there long enough to get decent drinks. I also was puking so much as soon as I took a shot, it was coming right back up.
Once on another occasion I woke up in some public bathroom of a store that’s a pretty good walk from my home. Like.. How I got there, how long I had been there. I have no idea. I used to wake up in a lot of weird places. 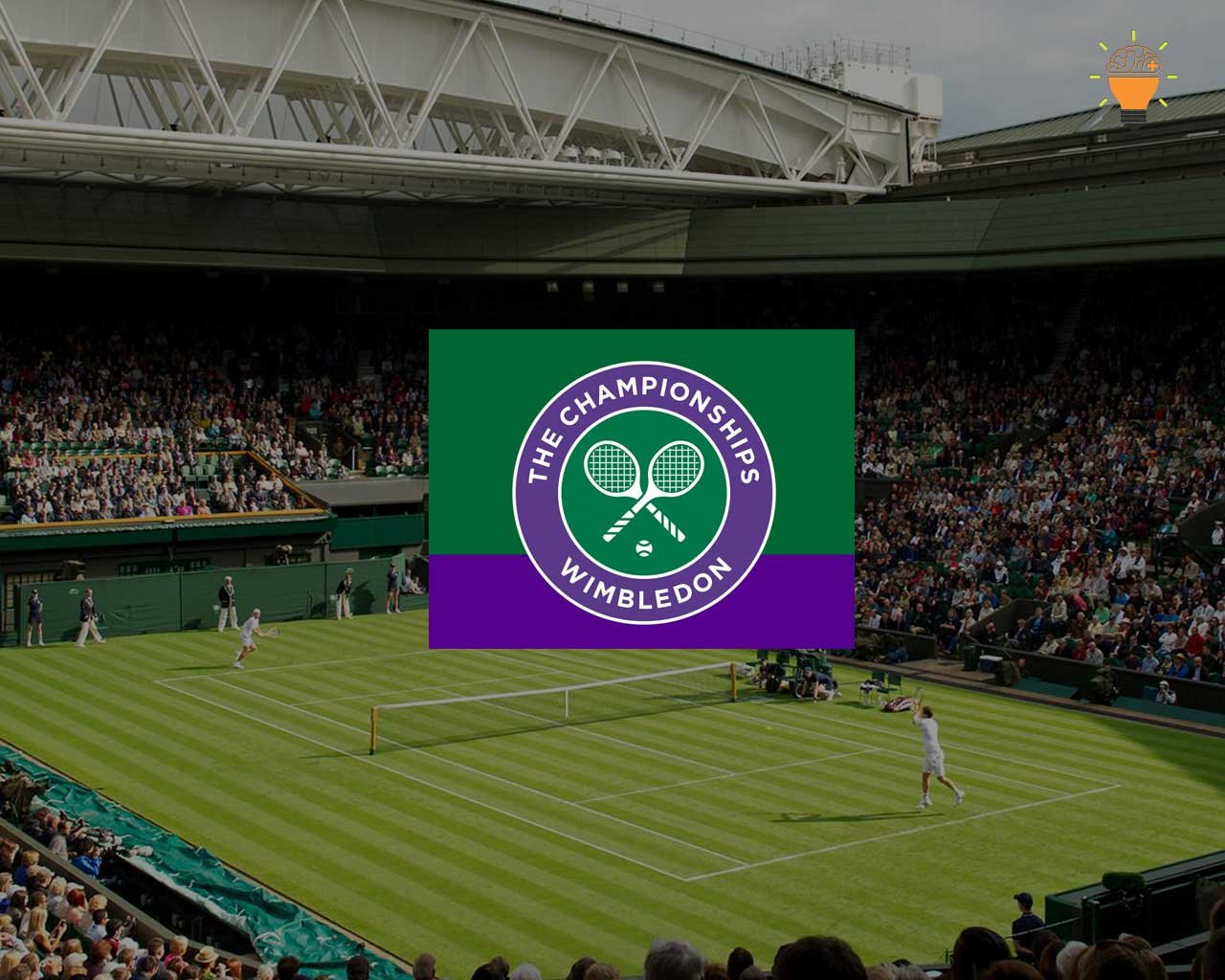 The Championship Wimbledon Facts – 140 years in the Tennis World

On the 140th Anniversary of “The Championships, Wimbledon”, commonly known simply as Wimbledon, let’s find out the magical history…
bywissen
No comments

NEW DELHI — As 40 lakh residents of Assam contemplate the possibility of being stripped of their citizenship,…
bywissen
No comments

Ayushmann Khurrana and his wife, Tahira Kashyap have been the talk of the town ever since his acting…
bywissen
No comments

“Everyone sympathises, but only a few come forward to actually help do something for the cause.”  As Laxmi…
bywissen
No comments