The Department of Defense won’t announce the winner of its ten-year $10 billion cloud computing contract until next month, but Oracle went ahead and filed its second bid protest against the Pentagon through the Government Accountability Office this week.

Nextgov reports that the bid protest, which has yet to be made public, is supplemental to one filed earlier this month by Oracle over the process. The database company, which has attempted to compete against Amazon Web Services, Microsoft Azure, and Google Cloud in the public cloud computing market without much to show for it, has been complaining about the fact that the Department of Defense plans to award the entire contract to a single company, which it believes was done to favor AWS.

RELATED: Return of the JEDI: Why the cloud industry is closely eyeing a big Pentagon cloud contract

There’s certainly an argument to be made that putting all of your workloads in a single cloud is a risky use of taxpayer dollars, especially at a time when more and more large enterprise companies are pursuing multicloud and hybrid cloud strategies. Even the best-run cloud computing services have glitches, and committing to any one single tech vendor for ten years is a leap of faith that they’ll survive whatever emerges as the next big disruption.

But picking AWS could also be the most defensible thing the Trump administration has yet to do, given the market leader’s scale, expertise, and history of working with sensitive government operations through its multiyear partnership with the Central Intelligence Agency. Companies that have historically decided to go “all-in” on AWS have done so because they want to focus their energy on a single platform, and AWS might not always be the technology leader in every cloud category, it’s also hard to see it falling completely off the map.

Microsoft is also expected to be in the running for the deal, but given the department’s insistence on a single vendor, Google is thought to be out after its employees protested its artificial intelligence work with the Defense Department under Project Maven. Oracle could theoretically compete for cloud database work if the proposal was open to multiple vendors, but its cloud infrastructure business is not competitive with the big three. 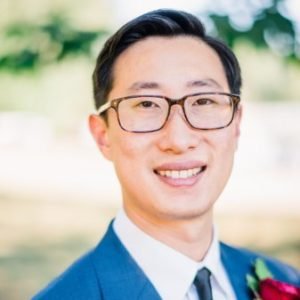 Week in Review: Most popular stories on GeekWire for the week of Jan. 13, 2019

Get caught up on the latest technology and startup news from the past week. Here are the…
bywissen
No comments

Xplore’s Xcraft orbiter lands in Xtronaut 2.0 board game — and STEM students are the big winners