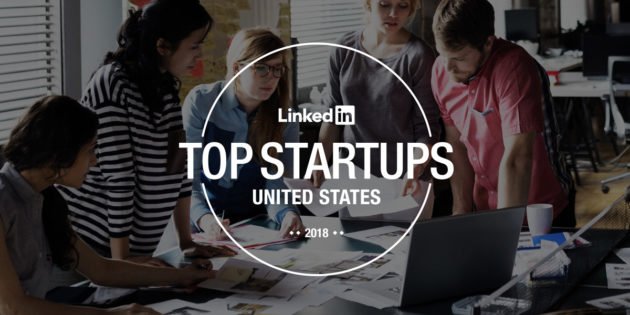 Outreach is on a roll. The enterprise software startup raised $65 million this spring, announced it was moving into a new headquarters space this summer and on Thursday was the only Seattle company to crack the top 25 in LinkedIn’s Top Startups list for 2018.

The 4-year-old sales engagement platform is No. 15 on LinkedIn’s list of 50 places in the United States that it considers the most sought-after places to work. The list, which was topped by ride-hailing company Lyft, also included two other Seattle startups — Convoy, at No. 32 and Highspot at No. 50.

LinkedIn said it measures startups based on four pillars: employment growth, engagement, job interest and attraction of top talent. It analyzes the behavior of its 575 million users to identify where professionals want to work.

“Outreach started as a big dream just four years ago, and through persistent, unwavering determination, we’ve experienced explosive growth — from employee headcount, to fundraising, to customer acquisition,” Manny Medina, CEO and co-founder of Outreach, said in a news release. “But we could not have accomplished this without our entire team and the passion they bring to work every single day. Grit, honesty and having each other’s backs are some of the core values that every Outreach employee upholds, and that’s what sets us apart. We’re absolutely honored to be part of LinkedIn’s Top Startups.”

LinkedIn’s blurb about the company had a couple fun facts, including Medina’s boast that he would show venture capitalists just one slide to encourage them to invest in the young company.

With an employee headcount of nearly 300 people, with 200 of those in Seattle, Medina also reportedly spends an hour every morning fist-bumping each one of his employees.

Convoy, the startup that is transforming the trucking industry, was named the Next Tech Titan at the 2018 GeekWire Awards, a year after taking home the Startup of the Year award. At No. 32 on LinkedIn’s new list, the 3-year-old company is “picking up speed” and “paving the way,” according to the LinkedIn blurb.

Rounding out LinkedIn’s top 50 was Seattle-based Highspot, another sales enablement platform which uses artificial intelligence to to make sales organizations more efficient. The company raised a Series B round of $15 million last year.