Last week, Nintendo’s corporate headquarters in Japan was damaged by Typhoon Jebi, which knocked the N off the Nintendo sign on the outside of the building. The next day, a 6.7-magnitude earthquake hit the island of Hokkaido. After that, you can’t really blame Nintendo for canceling its planned Nintendo Direct stream and rescheduling it for Thursday.

But the news was well worth the wait as Nintendo revealed several long-awaited new games, including a new Switch sequel in its Animal Crossing series, in addition to Nintendo Online, the new service for online play.

Here’s the full rundown of the announcement — including new Switch games, the Nintendo Online service and new Nintendo 3DS games.

The new Nintendo Switch service, Switch Online, begins on Sept. 18. The service features an entry-level cost of $3.99 a month, with savings if you pay for more time at once.

It has five features included with a membership: online play with compatible games, classic NES games with online compatibility (with a surprisingly deep library), automatic cloud storage backup for your save data, and connectivity with a smartphone app that will let you voice-chat with friends while playing certain games.

Nintendo also announced a wireless NES controller with compatibility for the Switch, in order to play the NES library on Switch Online as it was meant to be back in the day. They can be charged the same way you charge JoyCons, by sliding them into the Switch while it’s docked.

Subscribers also receive special offers, although Nintendo will “have more to announce in the future” about that.

The stream kicked off with a trailer, displaying footage from a new Luigi’s Mansion: Luigi’s Mansion 3, scheduled for 2019 on the Switch. Shinya Takahashi, the Nintendo executive in charge of entertainment planning and development, took over from there, confirming that this was a brand-new reveal, of a game in active development.

And the announcement closed with a surprise trailer for a new competitor in Ultimate: Isabelle, from Animal Crossing. In addition, Tom Nook showed up to inform us all that a new Animal Crossing, one of the most-requested titles on the Switch, is coming in 2019. All we know for right now is its title: Welcome to Animal Crossing. Get ready to get extorted by Tom Nook all over again!

Explore a world crafted from household items like boxes and paper cups in #Yoshi’s Crafted World, launching on #NintendoSwitch in spring 2019! pic.twitter.com/nOUOGzciUj

Going into the show, we’d already seen one leaked announcement, thanks to a few fans on Twitter who spotted an update to Nintendo’s website that wasn’t supposed to be there. The next Yoshi game is coming to the Switch in 2019, and is called Yoshi’s Crafted World. It follows up 2015’s Yoshi’s Woolly World for the Wii-U, a game where Mario’s faithful dinosaur buddy went on an adventure in which everything was made from yarn.

Meanwhile, a coming update for Splatoon 2 will bring it to version 4, with a new mode called Turf War.

Mega Man 11 is coming to the Switch as part of the franchise’s celebration of its 30th anniversary. It’s compatible with the Mega Man Amiibo, which can be hooked up to your Switch for free items once a day, including life-restoring Energy Tanks.

Birdo, Shy Guy, Koopa Paratroopa, and Petey Piranha are joining the playable roster of Mario Tennis Aces, all of whom can be unlocked by playing online. A new mode called co-op challenge is coming soon in a new update. There will be more additions to the roster until at least next June. The game updates to version 2 on Sept. 19.

Capcom’s Beat ‘Em Up Bundle features the classic arcade brawlers Final Fight, The King of Dragons, Captain Commando, Knights of the Round, Warriors of Fate, Armored Warriors, and Battle Circuit, with four-player functionality with JoyCons and online compatibility. The last two games on that list have never received a port to home systems before. You can pre-purchase the game later today, and it’ll be out on Sept. 18.

New Super Mario Bros. U is getting “the deluxe treatment” by heading to the Switch. Nabbit and Toadette will become playable; Nabbit doesn’t take damage from enemies, and Toadette can power up into “Peachette.” A single Joy-Con controller can allow up to 4 players to play together. It’s coming out on Jan. 11.

The popular Katamari Damacy series is debuting on the Switch with Katamari Damacy Reroll, an HD rework of the original game in the franchise. You can use the JoyCons to control your katamari with the built-in gyroscope. It’s coming out later this year.

In Daemon X Machina, which was last announced as nothing more than a short trailer during E3, you’re a mercenary in a powered suit called an Arsenal, fighting AI-controlled enemy robots to acquire new weapons for your personal armory. You can fly, fight in 3D, and customize your Arsenal; you can also explore the field on foot, and enhance your human form. It features 4-player online co-op, and is coming in 2019.

The San Francisco and Paris-based company Asmodee Digital is bringing full adaptations of its award-winning tabletop games to the Switch, including Carcassone, The Lord of the Rings: The Living Card Game, and Pandemic, with Munchkin and Settlers of Cataan confirmed for later release. The games will feature 3D maps, local mode, online multiplayer, and all current expansions on the base game as paid downloadable content

The show concluded with a rollercoaster of impending Switch games, such as Diablo III: Eternal Collection, an RPG from Game Freak with the working title Town, the aforementioned Yoshi’s Crafted World, and the announcement of several StarFox-based missions for Ubisoft’s forthcoming space shooter Starlink. Square Enix is bringing a whole host of ported Final Fantasy games to the Switch, including VII, IX, X, X-2, and a “Pocket Edition” of XV with simpler graphics.

Finally, Nintendo announced that there will be a Switch bundle for Super Smash Brothers Ultimate, available on Nov. 2, with special Smash designs for the dock and controller. It comes with a download code for Ultimate.

Some upcoming games for the Nintendo 3DS include a port of Kirby’s Extra Epic Yarn from the Wii, with new abilities for Kirby, such as the ability to conjure wind or larger yarn balls, or a Devilish Mode that involves having to outrun an enemy.

Bowser Jr.’s Journey is a solo adventure for Bowser’s son, taking place during the events of Mario and Luigi: Bowser’s Inside Story, coming out on Jan. 11 as a package deal with the latter game.

The original Luigi’s Mansion from the GameCube is getting ported to the 3DS, along with a two-player mode that lets the second player play as another, greener Luigi. If only one player has the actual game, two players can still team up to fight bosses together using the 3DS’s Download Play feature. There’s also four different Amiibos that feature compatibility with the game. You can buy it on Oct. 13.

Yo-Kai Watch Blasters is receiving some free software updates on Oct. 11 that will add new content to the game, such as new yo-kai to befriend and new boss battles. This is in addition to the coming Moon Rabbit Crew update in September. 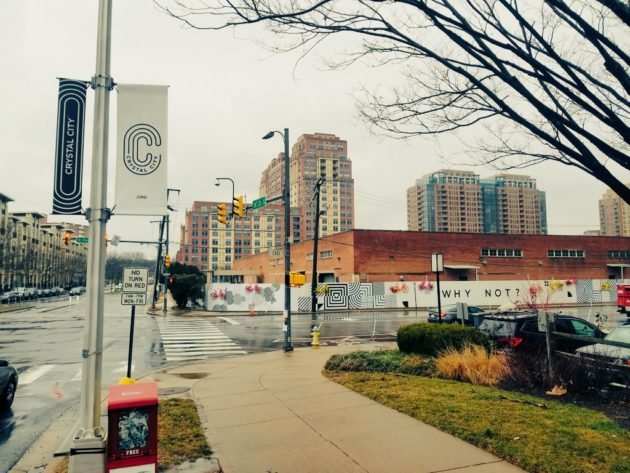 Could Crystal City in Arlington, Va. accommodate more Amazon workers given the company’s decision to back out…
bywissen
No comments