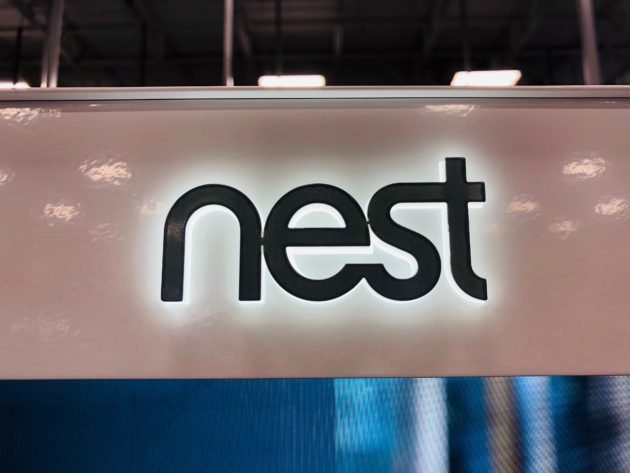 Google-owned Nest has been secretly laying the groundwork for a move into digital health products, a potential new line of business for a company that made its mark in smart thermostats and other connected home devices, according to previously confidential records.

Nest’s plans are revealed in internal communications and financial documents released by the University of Washington in response to a public records request from GeekWire for documents related to the sale last year of Senosis Health, a UW spinout focused on smartphone-based health monitoring technologies and apps.

GeekWire made the records request last year, shortly after breaking news of Google’s acquisition of Senosis, but received the documents only recently, after the university worked with Google officials and others to determine what could be released.

The documents show that Nest acquired Senosis to bolster its digital health capabilities, shedding new light on a deal that to this day hasn’t been acknowledged publicly. If it follows through on the plans, Nest would join a growing number of major tech brands moving into heath technology.

The majority of the communication is between UW, Senosis and Google officials, and the search giant appears on many of the documents related to the acquisition. Financial information such as the purchase price and other sensitive details were redacted. However, the documents clearly show that Nest — which Google acquired in 2014 for $3.2 billion — was in fact the buyer of Senosis, which went by the legal name Bilicam LLC.

Nest has gone to great lengths to keep its involvement secret, records show, telling personnel not to utter the company’s name and barring UW from immediately publicizing the sale.

“It turns out Nest is much more secretive than the rest of Google or Alphabet,” Senosis co-founder Shwetak Patel wrote in a June 2017 email to Fiona Wills, assistant vice president of innovation development at UW CoMotion, the university’s innovation hub. “They seem to be particularly sensitive in this situation since they don’t want people to know they are getting into a whole new line of business, digital health, until they are ready to publicly announce.”

When the transaction occurred, Nest was a standalone company under Google parent Alphabet’s “Other Bets” category. But earlier this year, Nest was folded back into Google under its hardware unit.

Nest has yet to announce or release a digital health device, but rumblings of its interest in the space have circulated for some time. Earlier this year Nest was floated as a potential buyer for Nokia’s health unit Withings, before the French company eventually reacquired itself.

Plans for a Nest health device or devices could always change or may have already, but the acquisition and dialog between UW and Google/Nest officials represent the clearest indication yet that the company wants a piece of the health market.

That Nest was the buyer for Senosis is a bit puzzling, as Google makes a lot more sense with its focus on the Android smartphone operating system. Senosis aimed to turn smartphones into monitoring devices that collect health metrics to diagnose pulmonary function, hemoglobin counts and other critical health information. Nest is focused on the home, producing a line of smart thermostats, cameras, locks and alarm systems.

The deal was more complex than just a straight sale to Nest. In addition to the acquisition, Senosis and UW agreed to a non-exclusive license of its apps — including SpiroSmart and SpiroCall, HemaApp and OsteoApp — projects known internally under the codename “Roy,” according to documents. That means other companies interested in the work could license the technology as well.

No one involved is talking about the deal, even though it happened more than a year ago. Patel and UW officials did not return messages seeking comment, nor did Nest. None of the Senosis founders list Google or Nest in any of their public profiles on university websites or LinkedIn. Language in agreements obtained by GeekWire appears to restrict the university from saying anything publicly related to the acquisition until a Nest health product is announced.

UW and Google butted heads over publicity as the deal was nearing completion. Google legal representatives originally wanted to keep it confidential, while UW wanted to issue a press release within a month or two of the deal. Google balked at this idea, arguing it would distract from the work and impact its device roll out schedule, but agreed to let UW mention Nest “post-commercialization.”

“We do not want UW to issue a press release or other official communication with respect to the acquisition as this will likely result in the (Senosis) team being subject to a lot of distraction from inbound inquiries and opens the door to internet sleuthing on the WA Secretary of State website to uncover the acquirer’s identity,” Andrew Coombs, Google corporate counsel on mergers and acquisitions, wrote to UW on June 18, 2017, just days before the deal was finalized.

In the same message, Coombs wrote: “If a Nest health product doesn’t use the licensed technology, an unrelated press release regarding Nest’s acquisition of (Senosis) could again negatively affect our product rollout.”

Patel details in emails that he was asked to use the word “Google” instead of Nest on outside work forms and in internal discussions at Senosis so that the word “health” didn’t get tied to Nest.

Despite the secrecy shrouding the acquisition, when the deal was complete, multiple messages were sent to faculty at the university’s Computer Science & Engineering school. When one professor sent out details of the acquisition to faculty, CoMotion Director Vikram Jandhyala forwarded the message to his colleagues with the comment “this isn’t great,” referring to the open discussion of the deal.

Records indicate that the Senosis work would remain in Seattle, forming the backbone of a digital health effort. Google is expanding rapidly in Seattle, and it just added a third block to the new campus it is building in Amazon’s backyard of South Lake Union.

From the documents, it is unclear how Google/Nest and Senosis connected initially. But there are some common threads linking the two organizations. Yoky Matsuoka, Nest’s CTO, has connections to the Seattle area and UW and exchanged messages with Patel in early February, just as talks were beginning.

She taught robotics and computer science at UW before leaving for her first stint at Google to help start Google X, the search giant’s R&D arm. According to her LinkedIn bio, she remains involved in her Kirkland, Wash.-based charity YokyWorks Foundation as founder and president.

Matsuoka’s resume gives more credence to Nest’s health push as well. She had a brief stint at Apple in 2016 overseeing health initiatives like HealthKit and ResearchKit.

If and when Nest enters the health world, it will join a host of tech giants that includes its own parent company, Alphabet. In 2015 the Google parent launched Verily, with a goal of bringing together technology, data science and healthcare in a way that would allow people to “enjoy longer and healthier lives.” Verily’s CTO, Brian Otis, also has ties to the University of Washington, where he previously worked as an associate professor in the department of electrical engineering.

Amazon is working with JPMorgan Chase and Berkshire Hathaway on its own health venture, led by Harvard Medical School professor Dr. Atul Gawande. Headquartered in Boston, the health venture aims to improve care and drive down costs through the use of technology.

Apple made a splash in the health tech world recently, when it announced that the latest series of the Apple Watch could track abnormal heart activity. In features already approved by the FDA, the Apple Watch will track atrial fibrillation, or abnormal heart rhythms, giving consumers access to an around-the-clock tracker to follow heart problems.

To sell or to raise

Senosis was in the process of raising a series A financing round from leading venture capital firms when the acquisition offer materialized. Seattle area entrepreneur T.A. McCann was put in place to help raise the venture capital round, and serve as the CEO of Senosis. However, the acquisition talks heated up, and as a result, venture funding was put on the back burner.

In correspondence with UW officials in February 2017 as the talks started to heat up, McCann laid out why Senosis opted for acquisition over raising funds.

The direction is what the team, and more specifically Shwetak desires, to have the most immediate impact of the technology. Other inventors may have an option to follow the technology and work on its productization too.

The acquirer also represents a great home for the technology and provides possibly the best chance at global health impact, which should accrue lots of publicity to UW on an announcement and in an ongoing way.

As stated, the goal of licensing is to take ideas from the lab into the real world where they can have big, broad impact while balancing the interests of the inventors, the departments, the university, the startup team and the public. We feel like the deal and the proposed terms support this balance.

Patel is a MacArthur Genius grant winner in 2011 and his past innovations have ranged from energy meters to air quality sensors. Patel’s past startup ventures have landed in the hands of companies such as Belkin International and Sears.

The company’s apps were under review by the Food and Drug Administration last year when GeekWire first wrote about the novel concept. At the time, Patel seemed especially bullish on the idea of using the enhanced cameras, accelerometers and microphones of modern-day smartphones as a new type of healthcare diagnostic tool.

“Those sensors that are already on the mobile phone can be repurposed in interesting new ways, where you can actually use those for diagnosing certain kinds of diseases,” Patel said in an interview with GeekWire last year.

Digital authentication: The past, present and uncertain future of the keys to online identity

(Bigstock Photo) Human relationships rely on trust, which is why the true history of authentication extends back long…
bywissen
No comments 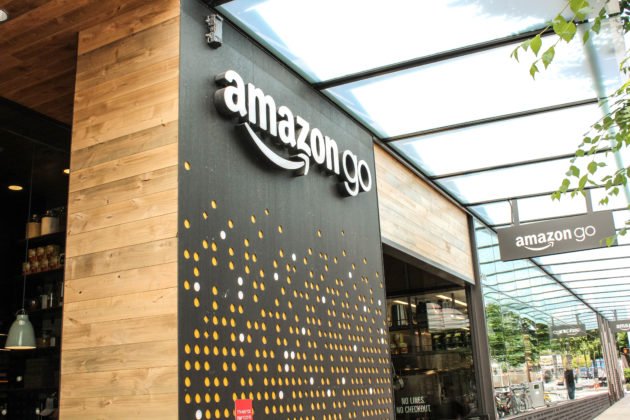 The first Amazon Go store in Seattle. (GeekWire Photo / Kaitlyn Wang) Amazon Go is headed to the…
bywissen
No comments

From smart speakers to gaming consoles, U.S. consumers spent billions of dollars between Thanksgiving and Cyber Monday. According…
bywissen
No comments

An image from the Hayabusa 2 mission’s Rover-1A shows the surface of the asteroid Ryugu at left. The…
bywissen
No comments