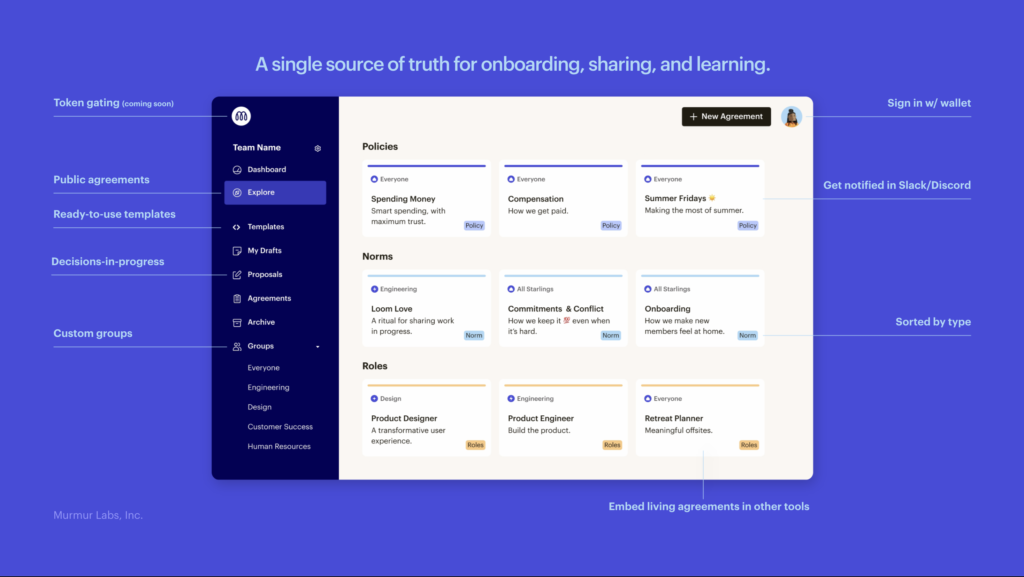 The conversation in startupland has shifted from building in public to, hey, maybe let’s just figure things out internally before we scream to the masses.

At least that’s what I’m gleaning from the growth story of Murmur, a startup that wants to make decision-making easier for private companies. Built by entrepreneur Aaron Dignan, Murmur launched its closed beta in 2021 with a vision to create a public forum of private work agreements so companies could scale remote policies faster.

Now Dignan is back, nearly two years later, to say that early-stage founders on Murmur’s beta had a separate-yet-related product request that has now taken priority: they want a better way to make collaborative decisions, no meeting required.

Murmur is currently working on a collaborative platform that helps companies make decisions in an open, and feedback-oriented way. Employees and executives can go in and propose a change, make a work agreement around it, and then ask for approvals with a deadline ticking in the background. 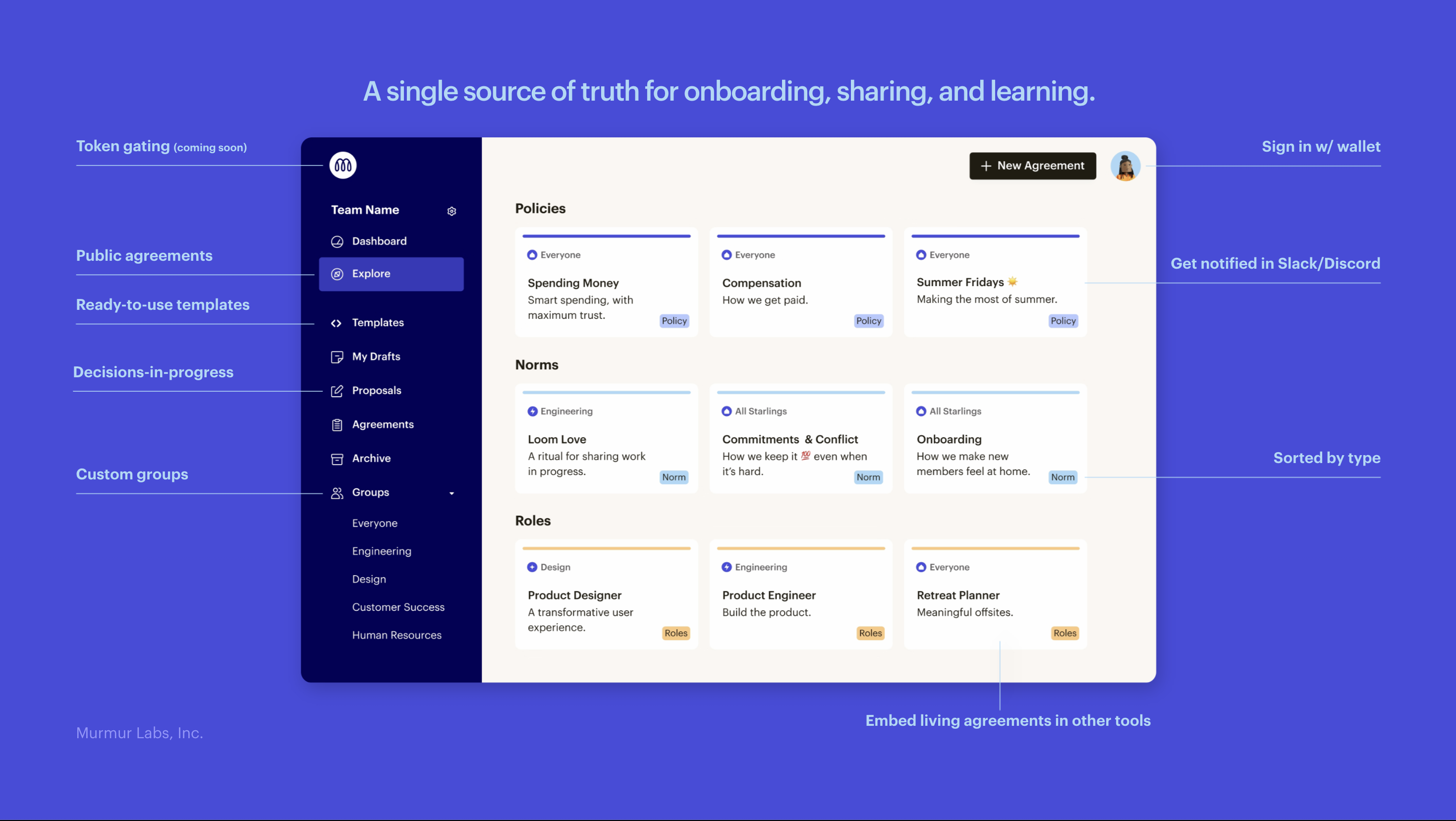 It’s a smarter Google doc, meant to be built with a decision-making framework in mind – whether that be figuring out a way to productize the back-and-forth of a compromise, or optimize for more eyes before an agreement is set in stone. Fundamentally, the product is a bet on the idea that companies want a smarter way to work in a remote-first environment, one that factors in time zones as more than an inconvenience.

“People do not like to read and they do not like to write – you have to think about that when you build a product and that means that people are looking for a way to make decisions with less work,” Dignan said. While Murmur is still focused on transparency and public agreements, it’s also working on an artificial intelligence writer that will allow employees to whip up a proposal for, say, a four-day work week within minutes. Dignan also hinted at a Slack tool that will listen to conversations and, if someone writes the word “should” or “what if” in a channel, pop up a bot in a private DM that’ll ask if they want to make a proposal around the idea. While that certainly raised some questions for me around privacy, Dignan stressed that users will be able to choose which channels the feature pops up on and train it to be more thoughtful over time. The Slack feature is not available for general users right now, to be clear — only alpha users.

Murmur’s goal, and biggest challenge, is figuring out the right entry point for its product. Should it sell to decentralized autonomous organizations? Universities? Big Tech? Early-stage startups? Each potential customer has an entirely different goal and incentive structure around decisions. At this point, out of the 100 most active accounts on Murmur, less than a quarter would be considered tech companies, according to Dignan. Top customers include Adidas, Bitly and Philippine Space Agency.

Dignan thinks interest in a tool like Murmur boils down to how serious a company is about building inclusion and transparency into their remote work policies.

“It’s a weird cross section where some people in the startup game have this mindset, but a lot don’t,” he said. “In general when we have tech founders on Murmur, they’re a second-time founder because they’ve been to the puppet show, they’ve seen the strings, they see how things go wrong at scale and how when you blitzscale, it gets even worse.” Dignan added that, when he’s talking to some founders, his message is that “this is going to seem like a little bit of overkill to you, but I promise, it’s not.”

While waiting for tech to hit a point where the weight of remote work is too much, Dignan doesn’t seem to be sweating his industry’s complacency. And neither do his investors.

Murmur’s broader product vision has helped it close a $8 million round co-led by Asymmetric and Greenfield, with participation from all the investors in its prior round including Lerer Hippeau, SemperVirens, and Human Ventures and Vitalize. For just a murmur, that’s a pretty loud sign of validation.