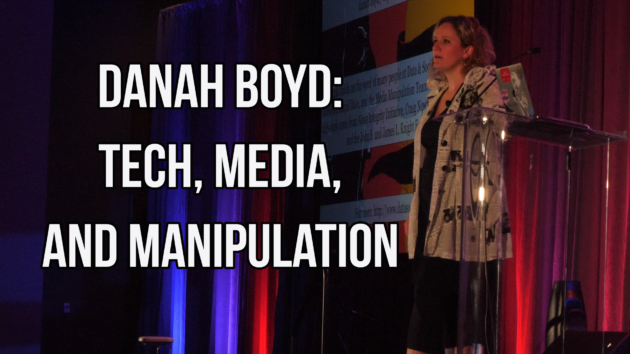 Fringe groups are seeking to manipulate the media and tech companies with accusations of anti-conservative bias, aiming to invoke anger among conservatives and provoke reactions from journalists and the tech industry, according to danah boyd*, a Microsoft Research principal researcher and founder of the Data & Society research group.

The situation is making journalists and others in the media business desperate to prove that they aren’t biased, boyd said during her address at the Online News Association conference in Austin, Texas. For example, she said, social media companies hesitate to ban people who violate terms of service because they fear that banning users will feed into accusations of bias.

She said these groups “can pervert the logics of media to spread conspiratorial and hateful messages under their false flag of conservatism.”

Media manipulators want to be seen as digital martyrs … they know how to exploit the edges & how to argue tech companies aren’t supporting free speech. #ONA18 #ONAMediascape @zephoria pic.twitter.com/d3NPfijnjE

This was the topic of boyd’s Sept. 13 keynote address. She  explained that these media manipulators want to be seen as “digital martyrs.” For them, the key to success is to become newsworthy. Once these manipulators become newsworthy, she said, their strategy is to frame the situation through phrases that drive people to find them through search engines.

Because journalists are able to amplify messages, boyd said, people want to manipulate them. When journalists use these specific phrases and terms in their reporting, they unintentionally feed into the manipulators’ games.

What’s the value in amplifying messages *and search terms* by those who intend to polarize and spread hate? Some search terms are used as recruiting vehicles for these groups. #ONA18 #ONA18Mediascape pic.twitter.com/vCg9z7O92p

At the ONA Conference, boyd told a room full of journalists: “You could’ve conveyed the same information without giving people a search term that served as a recruiting vehicle for those propagating toxic masculinity. Choosing not to amplify hateful recruiting terms is not censorship. You wouldn’t give your readers a phone number to join the KKK, so why give them a digital calling card?”

boyd pointed to tactics by Alex Jones of Infowars as an example but did not cite him by name, to avoid giving him the resulting publicity.

Afterward, Charlie Warzel of BuzzFeed News referenced this comment by boyd as particularly relevant: “They’ve learned that the key to their success is to become newsworthy in your minds.”

Warzel wrote, “I’ve spent enough time reporting on Jones to know that attention is precisely what fuels and animates his and Infowars’ every decision. Similarly, I marveled early on in my coverage of the pro-Trump media at how adept they were at crafting captivating narratives. It seemed no coincidence that numerous personalities in that sphere had dabbled in some version of online marketing or salesmanship, and then translated their ability to draw attention and honed it onto an online political culture war.”

Speaking with GeekWire, boyd said the tech industry is constantly dealing with people who try to manipulate algorithms, too.

danah boyd: The #tech industry is constantly dealing with people trying to manipulate algorithms. People need to understand there is no “solution” for this, but there is a constantly evolving process for dealing with manipulation. #ONA18Mediascape #ONA18 @zephoria pic.twitter.com/PSMRjbZnnv

“People need to understand there is no ‘solution’ for this, but there is a constantly evolving process for dealing with manipulation,” boyd said.

See the full video of boyd’s talk from the Online News Association below, and read a transcript here.

* No, that is not a typo! danah boyd changed her legal name, including all lower-case letters.

Two Seattle billionaires, Jeff Bezos (left) and the late Paul Allen (right), will be honored for their…
bywissen
No comments

Years after patenting the concept, Amazon admits putting workers in a cage would be a bad idea

Diagrams show the design of a proposed human transport device, as seen from the side at left and…
bywissen
No comments 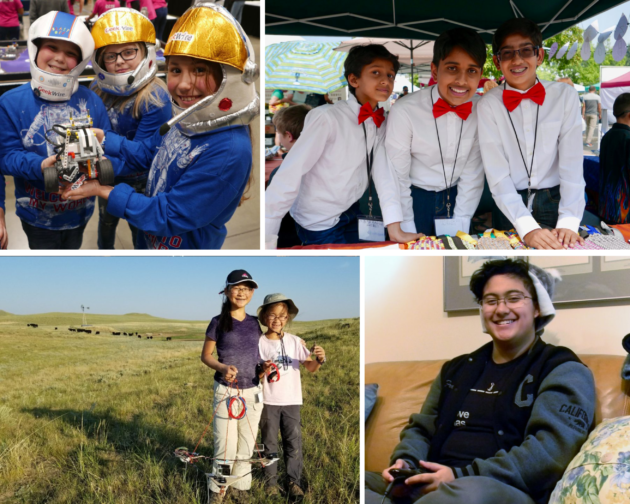 GeekWire celebrates innovative geeks every day — groundbreaking scientists, entrepreneurs and engineers. Now, we are excited to introduce a…
bywissen
No comments