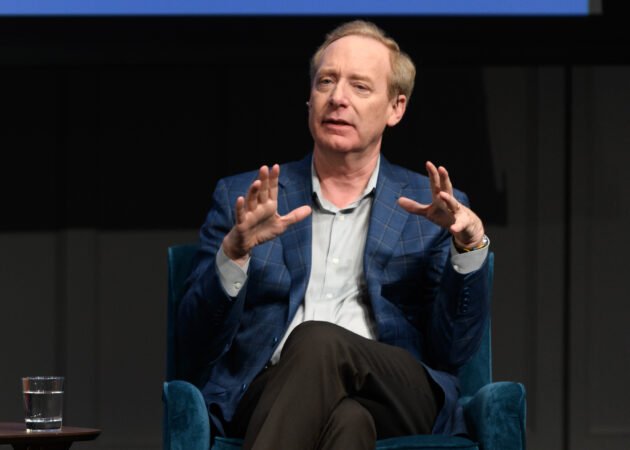 Smith called the law an “early and important model” and “a significant breakthrough” in a blog post published Tuesday. Some cities have enacted their own facial recognition rules, but Washington is the first to establish statewide regulations.

“This balanced approach ensures that facial recognition can be used as a tool to protect the public, but only in ways that respect fundamental rights and serve the public interest,” Smith said.

Under the bill, public entities using facial recognition software to make decisions that produce “legal effects” must ensure a human reviews the results. That category includes decisions that could affect a person’s job, financial services, housing, insurance, and education.

Microsoft, which sells facial recognition software, was a key lobbyist for the bill. The bill’s sponsor, Rep. Joe Nguyen, works for the software giant when he’s not in Olympia. Nguyen celebrated the bill’s passage out of the state legislature earlier this month as “historic.”

But not everyone is as bullish on the new law. Jennifer Lee, head of the ACLU of Washington’s Technology and Liberty Project, expressed disappointment that the law doesn’t establish a workgroup of community leaders to weigh in. The ACLU is concerned about the potential for facial recognition software to amplify human biases and disproportionately misidentify women and people of color.

“We will continue to push for a moratorium to give historically targeted and marginalized communities, such as Black and Indigenous communities, an opportunity to decide not just how face surveillance technology should be used, but if it should be used at all,” Lee said in a statement.

Washington is home to two of the largest companies in the nation developing facial recognition software: Amazon and Microsoft. Leaders at both companies have called on lawmakers to create new rules for the largely unregulated technology.

“A real-world example for the specific regulation of facial recognition now exists,” Smith said in the blog post. “Some will argue it does too little. Others will contend it goes too far. When it comes to new rules for changing technology, this is the definition of progress.”