Microsoft President Brad Smith on Melania Trump’s ‘Be Best’ visit: ‘We’ll partner where we can’ 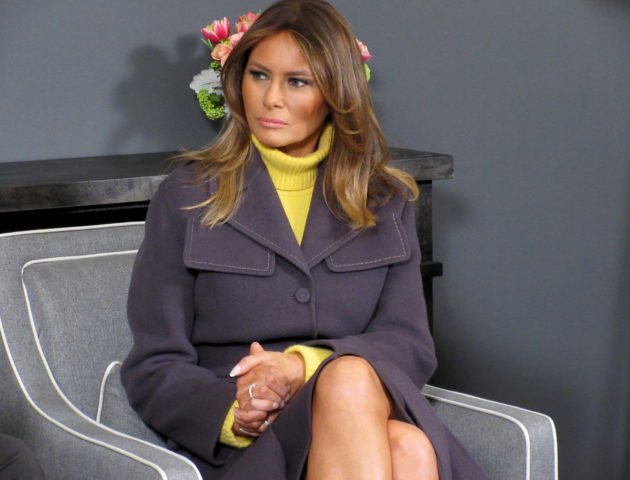 Microsoft President Brad Smith on Melania Trump’s ‘Be Best’ visit: ‘We’ll partner where we can’

REDMOND, Wash. — In the months since First Lady Melania Trump announced that her advocacy would center on cyberbullying, she’s faced criticism because of the tone President Trump often takes online. But that dissonance didn’t discourage Microsoft President Brad Smith when, a little over a week ago, the White House asked if the First Lady could visit the company’s headquarters as part of a three-state tour for her “Be Best” campaign.

Asked whether President Donald Trump’s online behavior gave him pause about Melania Trump’s visit, Smith said, “We’ve always said that we’ll partner where we can, we’ll stand apart where we should.”

“We have days when we disagree with this administration, just as we’ve had days where we’ve disagreed with other administrations, but today was a day where we could stand together to underscore an important message,” he added.

The First Lady visited Microsoft’s Redmond headquarters Monday to learn about the company’s online safety and accessibility tools. The trip followed a visit to an elementary school in Tulsa, Okla., Monday morning. The Be Best campaign is designed to raise awareness about children’s well-being on and offline and the opioid epidemic.

She touched down near Seattle on Monday afternoon and spent 30 minutes at Microsoft before heading back to the airport.

“It was obviously a short stop … but we were delighted to host her,” Smith said.

The briefing took place in a small room on the Microsoft campus. When Trump arrived, Microsoft VP Dave McCarthy showed her the various Xbox controls parents can use to protect children while gaming.

“We need to educate the parents as well,” Trump said. “Maybe some of them, they don’t even know about it and they just let their kids play. This is very, very informative.”

From there, Trump received a demonstration of the Xbox Adaptive Controller, a customizable device designed for people with a wide range of disabilities.

“One of the things that we’ve learned is when we focus on an accessible audience, we actually raise the accessibility of the product for everyone, not just the people with a disability that we’re trying to address,” said Phil Spencer, head of Xbox.

The discussion lasted no longer than a few minutes and focused on the importance of children and parents keeping an open dialogue about the challenges they face online.

“I feel that sometimes children know more than parents, especially in this age,” Trump said.

Trump heads to Las Vegas as the final stop on her trip before returning to Washington, D.C.