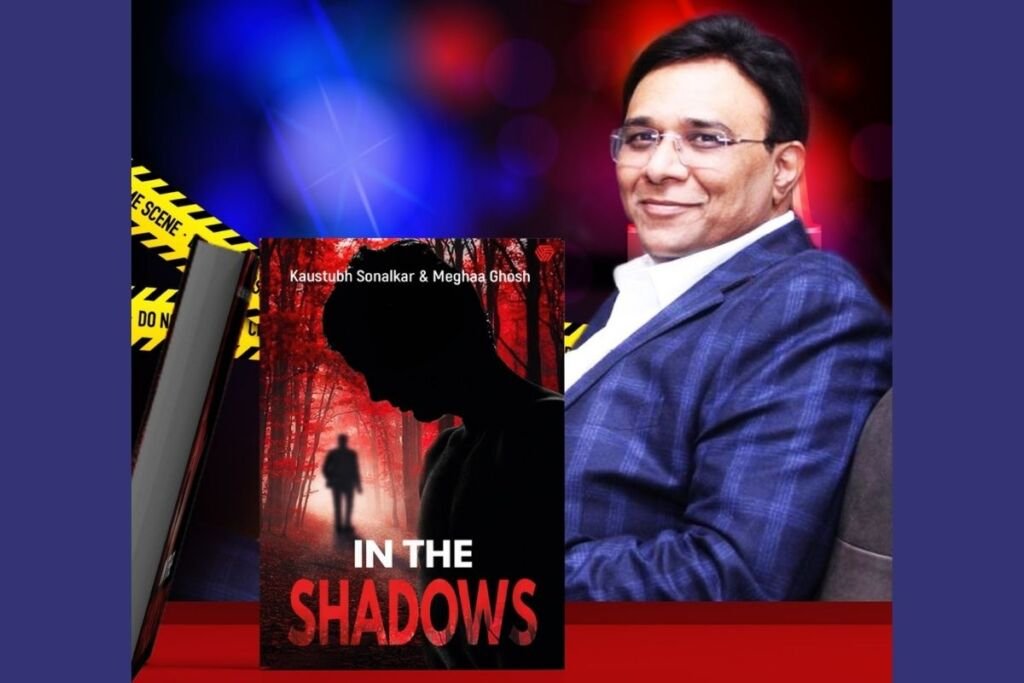 Captivating tale of a passionate dream, loss and attainment of love and positivity amidst bleakness

Mumbai (Maharashtra) [India], January 10: Kaustubh started his writing career with his first book ‘Fetch your own coffee’ which became a National Best Seller in the non-fiction genre. His second book, ‘In the Shadows’, coauthored by Meghaa Ghosh is a work of fiction that revolves around murder, intrigue, and realization. The book revolves around the life of the protagonist, Kabir Sen, who dreams of becoming a successful cricketer. The dream that maps his entire life goes awry when an unexpected catastrophe takes place.

The book is titled ‘In the Shadows’ and is a suspense thriller that explores people’s constant battle with darkness and the quest to emerge out of it. The narrative is set in Mumbai and follows the upper-middle-class protagonist as he goes about living and winning in life. Everything is smooth-sailing till an accident upends his life. In essence, everything the talented protagonist touches turns to gold, yet everything comes at a diabolical price which he is not sure he’s ready to pay. As his life spirals almost out of control, the story is taken down a giddying path where incidents unfold, characters are revealed, and there are distinctly uncomfortable sinister developments. The book has peaked interest in the OTT fiction genre already, and the fictional rights are sold.

Mr. Sonalkar, while expressing his enthusiasm on the launch, says, “Fetch your own coffee was more about everyday experiences, this instant, I have tried my hands on different genre altogether. A heart-wrenching and gritty suspense thriller story talking about a mystery which everyone tries to solve in their personal life of putting things into black and white, but what if this mystery never gets solved. The quest for closure threatens to spoil Kabir Sen’s perfect, privileged life. I hope everyone enjoys this unusual story of murder, intrigue and realization as much as I relished it while writing it.”

Kaustubh started his writing career with his first book ‘Fetch your own coffee’ which became a National Best Seller in the non-fiction genre. Kaustubh is a London School of Economics alumni with over 26 years in the corporate sector both in India and overseas. As a thought leader, he has championed several gender equality initiatives and is well respected in the corporate and social sector for his work. Kaustubh Sonalkar and Meghaa Ghosh have collaborated with Invincible Publishers, an award-winning publishing firm, for their book ‘In the Shadows’.