Karunanidhi's Legacy: A Portrait of a Cine Artist As A Radical Politician

CHENNAI, Tamil Nadu — “07-08-2018 at 6:10 in the evening, two suns set at the same time,” said a quickly printed poster plastered onto a van that had just arrived on a sultry Marina Beach in Chennai from southern Tamil Nadu.

The van, featuring pictures of a warmly grinning Karunanidhi and his DMK party’s red and black flag, and crepuscular symbol – in normal times figured as a sunrise – had come overnight full of cadre and other supporters to his burial in the capital. Kalaignar, or “Artist” as he was affectionately known, has found his resting place in tens of millions of hearts; and he will be memorialized in stone next to his mentor, Anna, on the beach, after an unseemly attempt by the current Government of Tamil Nadu to deny him his rightful position as a towering leader of the Tamil people.

That the 94-year-old embodiment of Dravidian politics and aesthetics should pass was not wholly unanticipated after over a year of relative seclusion in his home due to ill health. This was already a big change after a lifetime of living in public, and showing up to work at the DMK party office, Anna Arivalayam daily around dawn after writing his daily column, to meet with party members and ordinary people.

Yet his death came, after eleven days of worrying over his recovery from an infection in Kauvery hospital, came as a shock to many.

ALSO READ: From Independence To Emergency, Nehru To Modi, Mandal To Hindutva, The Tamil Leader Saw It All

Karunanidhi was buried the following evening surrounded by family, dignitaries, and a strangely intimate crowd of hundreds of thousands of ordinary admirers. Toward the end of the ceremony the rains began to fall gently over the city, disturbing satellite television coverage of events for some, while providing relief for others.

As some senior journalists said on social media during the dramatic court hearing that would decide where his remains were to be buried, it was Karunanidhi who had turned the iconic avenue along Marina Beach into a row of statues and memorials celebrating the heroes of Tamil history, from the period of Sangam literature, through the independence movement, to his own days of cinematic politics. A humanist in outlook, Kalaignar’s devotion to Tamil language and literature has shaped the public life of this state irrevocably.

From the giant statue of the classical poet and sage Thiruvalluvar in Kanyakumari, to the festival-like Tamil conferences sponsored by the DMK and his own renderings of Tamil classics, a linguistic renaissance that began as an intellectual movement in the nineteenth century was made into the stuff of mass culture through his tireless efforts in the twentieth and twenty-first centuries.

It was the oratory of speakers like C.N. Annadurai and Karunanidhi, both fiery and flowery, that brought a classical-sounding literary Tamil to the stages of every city and small town. Audiences everywhere were amazed by the prowess of these wordsmith-politicians.

In his script to the blockbuster film that helped to define the Dravidian style of politics, Parasakti (1952), Kalaigner’s court room monologue made a star of the young Shivaji Ganesan, while providing a model for generations of aspiring public speakers. Still unknown, despite his brilliant script, Karunanidhi shot into prominence through his rail mariyal protest the following year, where he lay down on the tracks demanding that the town of Dalmiapuram, so named after the Rajasthani industrialist who had set up a factory there, be called by its Tamil name, Kallakudi. He was a major force in the broader anti-Hindi agitations that helped propel the DMK to power in the 1960s, introduced the invocation to Mother Tamil as the state anthem, and it was in no small part due to his efforts that Tamil was officially recognized as a classical language by the Government of India in 2004.

While still in school, Kalaignar had already begun a career in journalism that would continue until just months before his passing. He started the newspaper, Murasoli (drum beat) when he was only 18 and continued to write in this DMK broadsheet and others until he was physically unable to in the months preceding his death. Like Gandhi, it was in the genre of political and ethical journalism that he thought out loud for everyone to engage with.

At times approaching the fine line that separates artistry from artifice, the prolific Kalaignar wielded words with such skill and humor that even his political detractors appeared to admire him. It was his outsized personality and impassioned commitment to a regional politics based on love of language and equality that led leaders and stars from a range of political positions, with the exception of the AIADMK and the Hindu right, to demand that he be granted a place in the Dravidian pantheon of fallen leaders at Marina Beach.

Karunanidhi also managed to infuriate with his wit.

“Which engineering college did Ram go to?” the old man quipped, when Hindu activists sought to stop his project of building a shipping lane at the Sethusamudram between Rameshwaram and Sri Lanka where Ram is supposed to have built a bridge.

But unlike Periyar, who led the radically atheist charge against caste Hinduism that inspired a young Karunanidhi, the disciple’s vision of politics was shaped by a more ecumenical secularism. In an interview conducted while the Supreme Court was hearing the Ram Sethu case, he chose to quote his Anna, saying that “he would neither break Ganesh idols nor break coconuts in offering before gods.” When the interviewer followed up, asking which god he believed in, Karunanidhi answered in the simplest possible terms: “My conscience.”

Having grown up with a strong sense of the lived reality of caste oppression as a member of the dancer and musician community in the rural Kaveri Delta, Karunanidhi’s politics were shaped by the non-Brahmin movement. His demands to be educated as a child despite his stigmatized caste background are the stuff of legend, and his political contributions in the domain of caste reform extend not only to the Tamil country, but to all of India. Tamil Nadu’s system of reservations was developed well ahead of efforts elsewhere, achieving 49 percent reservation under the DMK in 1971, and serving as an inspiration for politics in North India and all-India expansion post-Mandal.

To simply note the number of peoples’ life trajectories that have been shaped by this policy would be to overlook how powerfully this politics has shaped the state at the level of ideology, where non-Brahmin values have become the norm even as caste continues to define life chances as a whole.

Some elements of Karunanidhi’s leadership appear paradoxical. Although perceived as corrupt by many, especially in his second term as Chief Minister (1971-76) and much later in the 2G spectrum scam, there is also a widespread sense that the DMK’s model of governance has contributed greatly Tamil Nadu’s high standing in social welfare indices. Competitive populism would come to define his relationship to the rival AIADMK, after MGR split with the party and into his nemesis J. Jayalalithaa’s era. Sometimes the potlach style of politics reached extremes, as when the DMK distributed free colour television sets following their victory in the 2006 assembly elections. His family’s stronghold on media, with his nephews at the center of a broadcast and telecommunications empire, has raised many questions, just as it has enabled Tamil Nadu to be among the most connected states in India.

While the DMK had not managed to curb anti-Dalit violence in the state under Karunanidhi’s leadership, at times perhaps even being complicit, the Dalit leader of the VCK, Thol. Thirumavalavan extols the virtues of the only major leader in state whom he says has supported him and the Tamil people as a whole. In many leaders’ and ordinary citizens’ words of tribute heard on the occasion of his passing, both in public and private, one senses the deep affection mixed with a feeling of debt characterizing his relation the people of Tamil Nadu.

One hundred years after the founding of Dravidianist politics, and just short of celebrating the fiftieth anniversary of his first year in office as Chief Minister, Karunanidhi’s legacy appears solidly rooted in every corner of daily life. The basic institution of marriage was re-defined early in his career through the self-respect and inter-caste weddings that were often sponsored by the state. The very image of the red sun rising between black hills that has been integrated into the architecture of homes in villages and small towns across the state is another ubiquitous sign. Less obvious examples of his lasting influence in the built environment are the Uzhavar Santhai program inaugurated in 1999 by the DMK to encourage direct market contact between farmers and consumers, or the Samathuvapuram (Equality Town) villages that dot the landscape, where inter-caste housing and streets were promoted in rural areas for the first time. The concrete used to build these market places and villages might well show signs of cracking, perhaps the result of a shady contract here and there, but the sentiments of equality and social dignity that these institutions embody live on.

Whatever the fate of Kalaignar’s party, his person will continue to loom larger than life. That Tamil Nadu’s unique trajectory in Indian politics, notable especially in the current climate, has been built in large measure through his tangible efforts is clear. Less apparent, but equally important are the affective relationships, the words, and the ideals that he has bequeathed not only to his followers, but to all in the larger Tamil world and beyond.

Francis Cody is an Associate Professor in the the Department of Anthropology and the Asian Institute at the University of Toronto. 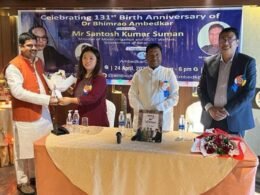 Dubai (UAE), April 26: To commemorate Babasaheb Ambedkar’s 131st birth anniversary, an event was organised in Dubai by…
bywissen
No comments

With Just 80 Of Them Left, The Sumatran Rhino Could Soon Be Wiped Off From The Face Of The Earth

The world’s smallest rhinoceros, the Sumatran Rhino, once the pride and joy of South-East Asia is on the…
bywissen
No comments 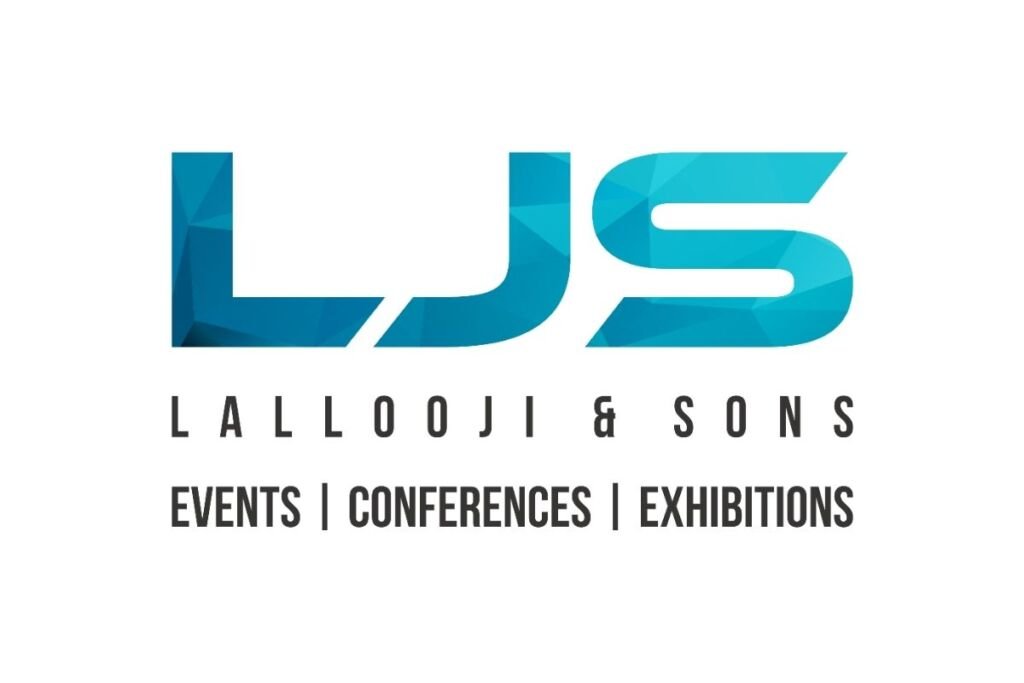 December 29: M/s Lallooji & Sons and Prayagraj mela authority have decided to settle their financial disputes through…
bywissen
No comments

5 Things You Should Keep In Mind Before Visiting London

London is quite a diverse city which has something to offer everyone. Every tourist in London, is sure…
bywissen
No comments