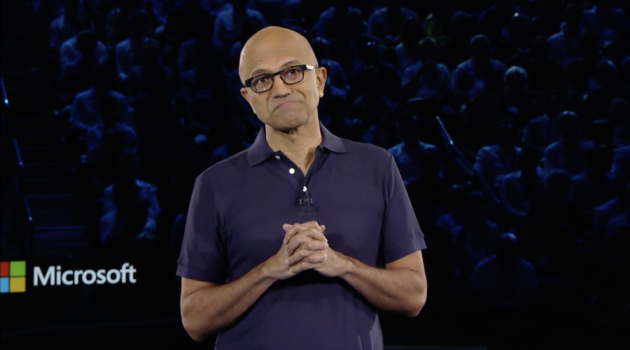 Some of the world’s largest retailers staring down the juggernaut that is Amazon are turning to Microsoft to use its cloud services and productivity tools to compete, a trend that was on full display at the company’s annual Inspire partner conference in Las Vegas this week.

As Amazon continues to expand its retail ambitions, moving further into areas like grocery and building out its physical footprint, some traditional retailers are moving away from Amazon Web Services to the benefit of Microsoft Azure. Walmart, arguably Amazon’s biggest rival at the moment, just this week signed a sweeping new agreement with Microsoft for “a broad set of cloud innovation projects.”

At Inspire, Microsoft CEO Satya Nadella addressed the new partnership with Walmart, saying the retailer has good momentum in e-commerce to go with its “amazing presence in offline” stores. While many online retailers are trying to build out a brick-and-mortar footprint and traditional retailers are trying to catch up to the e-commerce revolution, Walmart is working to “connect the two worlds for their customers,” Nadella said.

Though the partnership is in its infancy, Nadella laid out an example of a possible application of the alliance, where Walmart could “take IoT sensors in refrigerators in the store, and reflect inventory online and then have pickup,” Nadella said. “Those are the types of scenarios we can enable.”

Microsoft wasn’t the only major retailer Nadella called out in his speech. Top grocer Kroger made its intentions clear last year that it planned to stay away from AWS as it moved its massive IT operation to the cloud. Instead, Kroger is spending money with companies like Microsoft and Google.

Nadella showed an example of an “edge smart shelf” that Kroger is working on using Microsoft Azure AI.

“You can essentially have a digital interface right at the shelf that (customers) can query, ask questions from their phone, find products they are looking for,” Nadella said. “For the retailer that means they can do real-time pricing, real-time couponing as well as marketing.”

Retail has suffered in some ways due to the technological innovations that led to the development of e-commerce. But brick-and-mortar retailers are being creative with new technologies like artificial intelligence to survive and thrive in this new era, Nadella said.

“Some of the most sophisticated AI technology that I see being deployed around the world is actually in offline retail,” Nadella said.