How Chargifi pivoted to Kadence, a platform to enable hybrid co-working, then pulled in $10M 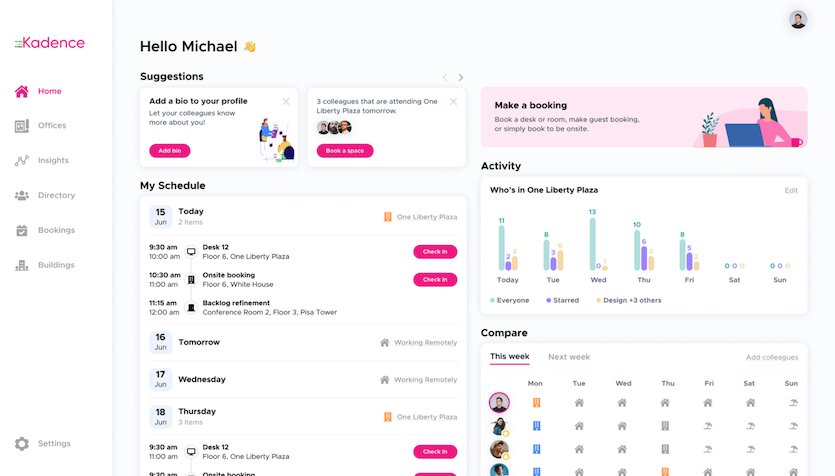 Coordinating people, projects and their various locations, has become a headache for companies in the post-pandemic world of remote and hybrid working.

There is expensive office space to maintain, logistics to figure out which employees are going to actually be in, and who’s working remotely each day. Let’s face it, earlier, hot-desk management software – if it was ever used – is no longer up to the task.

Into this world, the Chargifi — which we wrote about in 2015 — start-up found itself. They had been building Chargifi for seven years, enabling users to access mobile power using the free app in any public location with a ‘Chargifi Spot’ – such as a bar, stadium, hotel or office. But when the pandemic hit, demand completely dried up, for obvious reasons.

The team decided to repurpose the software and products they had already built for managing wireless charging networks in offices. 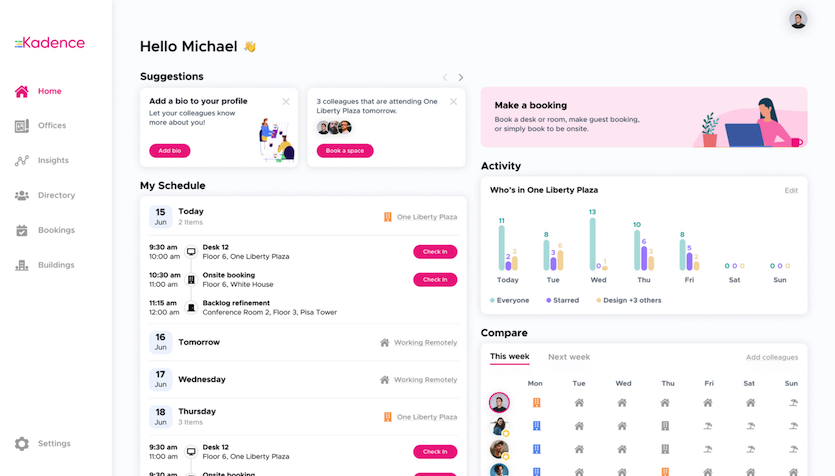 It’s now raised a $10M Seed funding round led by Kickstart Fund with participation from Manta Ray, Hambro Perks and Vectr7 as well as Shadow Ventures and Forward VC.

Dan Bladen, CEO and Founder of Kadence said in a statement: “Companies are now trying to figure out how to move from ‘order’ to ‘optimization’ and make the ‘way’ they work a competitive advantage. Companies that will win in the hybrid age will understand that the office is no longer the platform for work; the platform for work is now time (the working week) – companies that don’t get hybrid right won’t survive.”

He says the company now has now pulled in 300 customers in the last 18 months, among them companies like Collibra and Starling Bank.

It claims its software can reduce office space by 68% while also increasing the number of employees coming into the office to collaborate by 25% month over month, with the consequent environmental benefits.

Nick Bloom, a Stanford Economics Professor, remote working expert and Kadence investor, said in a statement: “There is no doubt hybrid is now the way the world is going to work going forwards, and Kadence has honed in on the most important aspect of hybrid—that hybrid should enable better outcomes for companies as a whole, not just facilities managers. Their focus on the coordination of people is where the market is heading.”

Cal Henderson, Co-Founder and CTO at Slack and a new Kadence investor added: “And as the world goes hybrid, it’s important that teams find a rhythm for meeting in-person for collaboration and creativity. Kadence is an important part of helping companies make hybrid work, and I’m excited to be involved.”

How Chargifi pivoted to Kadence, a platform to enable hybrid co-working, then pulled in $10M by Mike Butcher originally published on TechCrunch