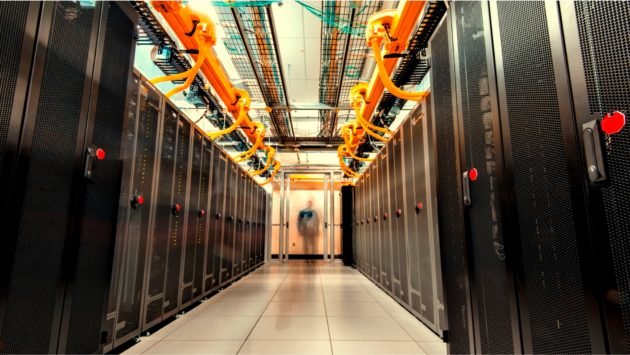 Microsoft was dragged into the debate Thursday over what tech companies should do about white supremacist content providers using their services.

After receiving a complaint about violent, graphic anti-Semitic content on Gab, a social network of-sorts that has attracted people belonging to various factions of however we’re defining the “alt-right” these days, Microsoft’s Azure cloud group sent the site a letter Thursday morning giving it 48 hours to remove the content. Gab announced that it had received the letter on Twitter:

BREAKING: Gab’s hosting provider, Microsoft Azure, has given us 48 hours to take action on two posts or they will pull our service and Gab will go down for weeks/months. pic.twitter.com/dIfaeTr2Go

Later in the day, Gab confirmed that Patrick Little, the author of the posts in question and aspiring politician devoted to white supremacist causes, deleted the posts on his own, ending the standoff.

Before the posts were deleted, Microsoft outlined its thinking in a statement provided to several media outlets:

Microsoft received a complaint about specific posts on Gab.ai that advocate “ritual death by torture” and the “complete eradication” of all Jews. After an initial review, we have concluded that this content incites violence, is not protected by the First Amendment, and violates Microsoft Azure’s acceptable use policy. Microsoft notified Gab.ai of this substantial concern and advised that it remove this content or respond to Microsoft within 48 hours, or potentially risk suspension of its service on Azure.

We believe we have an important responsibility to ensure that our services are not abused by people and groups seeking to incite violence against others. Our policies rightly prohibit this type of content, and we expect Gab.ai to abide by these policies if it wishes to use our service. Gab.ai is of course free to choose otherwise and work with another cloud service provider or host this content itself. If it wishes to make that choice, we will provide it with a reasonable amount of time, in this instance longer than 48 hours, to transition its content elsewhere before its access to Azure is terminated. But we will stand by our policy and insist that Gab.ai remove what is unlawful and hateful content.

The move follows actions taken earlier this week by Apple, Facebook, YouTube, and other companies to remove content produced by Alex Jones and Infowars from their networks and sites.

Gab seems proud to feature white supremacist content, and later announced that it is seeking investment so it can build out its own tech infrastructure. In April, the site claimed 465,000 members and said it had $484,403 in cash, with a burn rate that would keep it afloat for about two years.