From Serena’s ‘Meltdown’ To Naomi Osaka’s Historic Win, This US Open Final Will Be Hard To Forget

It was an iconic win for Naomi, as not only did she become Japan’s first ever Grand Slam singles champion, she also won the match against Serena Williams – who she herself referred to as her idol.

However, as Serena lost the Grand Slam title and what would have been her 24th major title to Naomi, the match focused not on Naomi’s historic win, but on Serena’s verbal spat with the umpire on the court.

Umpire Carlos Ramos charged Serena with a code violation for coaching. However, when Serena responded to the accusation, the conversation soon turned into a heated argument.

Consequently, she earned another penalty point for racquet abuse and a game penalty for calling umpire Carlos Ramos a “liar and a thief” and insisting that he owed her an apology.

“You owe me an apology!”Serena was fired up with the official in the final set of the US Open final. pic.twitter.com/r6RSbrirnV

As the game ended and winners were announced, the crowd started booing even as both the players maintained a professional and in fact, friendly demeanor.

Serena immediately asked the crowd to support Naomi for her first Grand Slam win and to not boo but cheer for her instead.

From boos to cheers. An emotional and powerful moment for Naomi Osaka and Serena Williams at the US Open podium. (🔊⬆️) pic.twitter.com/oTg6SORjXe

“At one point, I felt bad because I’m crying and she’s crying and I’m not sure if those are happy tears…I was thinking this definitely wasn’t how I felt when I won my first grand slam.” –@serenawilliams on embracing @Naomi_Osaka_ over #USOpen Final

Naomi, who played like a champion, unfortunately, had to apologise to a ‘booing’ crowd for winning. In a heartfelt statement, she said,

I know that everyone was cheering for her and I’m sorry it had to end like this. I just want to say thank you for watching the match. It was always my dream to play Serena in the US Open finals so I’m really glad I was able to do that.

@Naomi_Osaka_ felt that she to apologise to the crowd for winning the title when she actually deserved it! #USOpen @serenawilliams pic.twitter.com/ysIjafeUUY

The way the match was conducted has led to various people coming out in support of Serena, calling out ‘sexism’ in the sport.

This is crazy! If @serena only said you’re a thief, that’s unbelievable!!!!! I feel terrible for @Naomi_Osaka_ too. This is awful all around. The coaching violation was questionable. I see a ton of coaching from the box and that was marginal. The racket break was legit penalty

Then to give another warning for calling the umpire a thief. 🙄 come on!

Many male players have called umpires much worse in a heated moment and not suffered similar consequences – a point that Serena also pointed out.

Serena Williams after getting penalized because she called judge a “thief” “There;s a a lot of men who have said things and because they are men nothing happens to them”….pic.twitter.com/Vr9WTspqFw

The controversial match has earned reactions from across all corners, and many people and fellow players took to social media to express their opinion on what is possibly one of the biggest controversies that marred a grand slam final.

A perfect headline, sitting atop @gillianbwhite’s smart argument: “To see the devastation that those penalties wrought on two women of color at the top of their sport, during what should have been a joyous time, is heartbreaking.” https://t.co/Yxcw6NlfkQ

You really can’t tell who won the #USOpen without context and that’s wild. pic.twitter.com/4vOP0Nu0ss

This is extremely true! Every coach coaches from the sidelines whether it’s in their own language or a few hand signals. https://t.co/6zDLoKSddM

“Chair umpire Carlos Ramos managed to rob not 1 but 2 players in women’s #USOpenfinal. Nobody has ever seen anything like it:umpire so wrecked big occasion that both players,Naomi Osaka & Serena Williams alike,wound up w/tears streaming down their faces during trophy presentation https://t.co/oW9q7jZsJb

Thank you for highlighting this Jaime. It’s a video I will show my daughter & my son when they’re older. Class indeed. @usopen #UsOpenFinal #UsOpen https://t.co/GkaDS6OWZa

Men on television and Twitter with their hot takes that sexism/racism didn’t play a role in the umpire’s treatment of Serena Williams at the #UsOpenFinal. pic.twitter.com/Zv2WDB28ur

Shocking report on @BBCNews this morning labelling @serenawilliams as ‘losing her cool’. How about rephrasing it to ‘Serena Williams challenges umpire on cheating accusation’? Language is everything, let’s get it right #USOpenFinal

Calling a chair umpire a ”thief” & demanding he apologize for questioning her sportsmanship & character DOES NOT warrant a game penalty, especially in the #USOpenFinal. Officials are supposed to use discretion & take into account the level of the occasion. Ramos didn’t. #USOpen

Serena is a leader & will lead the fight. Will the old ‘beards’ of sport change their stance?’beards’ : refers to a person of any gender who prioritises traditional restricted views over equality of a human beingPlayers shouldnt be penalised for their gender #WTA #UsOpenFinal

Not a single male player lives in fear that smashing a racket and yelling at umps will cost them games and pretending otherwise is a joke. Either everything’s a violation or nothing is!! #UsOpenFinal

2018: Serena Williams calls a tennis official a “thief” and is penalized with a one-game loss.1981: John McEnroe calls one tennis umpire “the pits of the world” and swears at another, and this was his Sports Illustrated cover.#DoubleStandards#UsOpenFinal pic.twitter.com/Vc6JyBME7Y

I get people don’t want to see Serena act like this, but I grew up watching John McEnroe being an obscene, violent pig on the court and people just laughed at it, so I get why she’s mad and I think this is heavy-handed ref is escalating the problem here, not Serena #usopenfinal

A cowardly, misogynist umpire just ruined the #UsOpenFinal for everyone, including the amazing champion @Naomi_Osaka_ and especially @serenawilliams He truly is a thief. What a horrible moment for sports.

Serena trying to comfort Naomi and telling the crowd not to boo anymore has me all in my feelings. This has all been surreal. pic.twitter.com/Q85memJKDa

When a man argues with an umpire, it’s passion.

When a woman does it, it’s a meltdown.Yes, her press session was faulty (with the Sexist, Gender, mother card), but this shouldn’t be the reason we should all hate Serena Williams. That woman is a winner anytime any day. #USOpen— Bhadmus Hakeem (@Bhadoosky) September 9, 2018

This 20 year old girl was boo’d by the crowd on winning her first #USOpen title.. Sad reflection of mob psychology! @Naomi_Osaka_ you are a champion & u do NOT have to apologise for what u achieved no matter how petty the crowd or how popular your opponent! Respect ✊🏾 https://t.co/ZygEJ5tKWo

My view on Serena:

Point about double standards between men and women a fair one.But that’s not the way to act on court so the punishment was deserved.Issue that needs addressing is the men should be penalised in same way, no place for it in any sport.#USOpen— Peter Hanson (@PeterHanson89) September 9, 2018

Still can’t get over something @jemelehill pointed out: Last week, a male #usopen umpire *personally coached* a male player. But tonight, a male umpire penalized @serenawilliams for a slight gesture her coach made that she couldn’t even see.

In 10 years I won’t remember who won the 2018 US Open.But I will remember the day Serena Williams stood up for herself and rightfully so on a bad call even with the consequences.She was robbed today. But she made sure to defend her character.#SerenaWilliams Proud of you ❤️ pic.twitter.com/G760EOgZ58

However, some people felt that the umpire was justified in his decision and the treatment was fair.

A question for all of the female media types breathlessly retweeting Sally Jenkins’ column accusing #UsOpenFinal umpire of being a chauvinist:

How exactly is advancing the idea that to hold a woman to the rules is inherently chauvinistic at all helpful to cause of equal rights?!— John Ziegler (@Zigmanfreud) September 9, 2018

The outbursts from #SerenaWilliams were wrong – she should just admit her behaviour was unacceptable and apologise . #UsOpenFinal

I admire Serena Williams very much. I even think she’s the best tennis player of all times. But today, her performance and behavior didn’t live up to the ones of the true champions. Naomi Osaka was faster and more confident than Serena. She played incredibly well. #UsOpenFinal pic.twitter.com/2bUf9yY70c

Mouratoglou admitted to ESPN that he coached. Thus, the warning was correct by Ramos. Then, racket abuse warning was indisputable.Williams felt entitled to having coaching warning retracted, which never happens. So she ranted abusively, and got a third warning. All fair.

Serena should apologize to the referee and NAOMI! And US spectators in the US OPEN final – primitive people … !!! 🤮#SerenaWilliams #USOpen

Having watched the sequence of events during the US Open Women’s final(again), I stand behind Carlos Ramos who deserves an apology from Serena Williams for accusing him of lying, cheating, stealing, racism & sexism just because he officiated to the letter of the law. #USOpen

Amidst the controversy, the truly saddening part is that Naomi Osaka could not enjoy her hard earned first Grand Slam title – a win every tennis player looks forward to!

Naomi Osaka after beating Serena Williams in the women’s final to win the US Open and her first grand slam. 🎾🏆 pic.twitter.com/iOeU0rheBr

That Naomi could not enjoy her moment of glory and had to apologise to a crowd that was ‘booing’ her for winning, is a loss for tennis, in general. 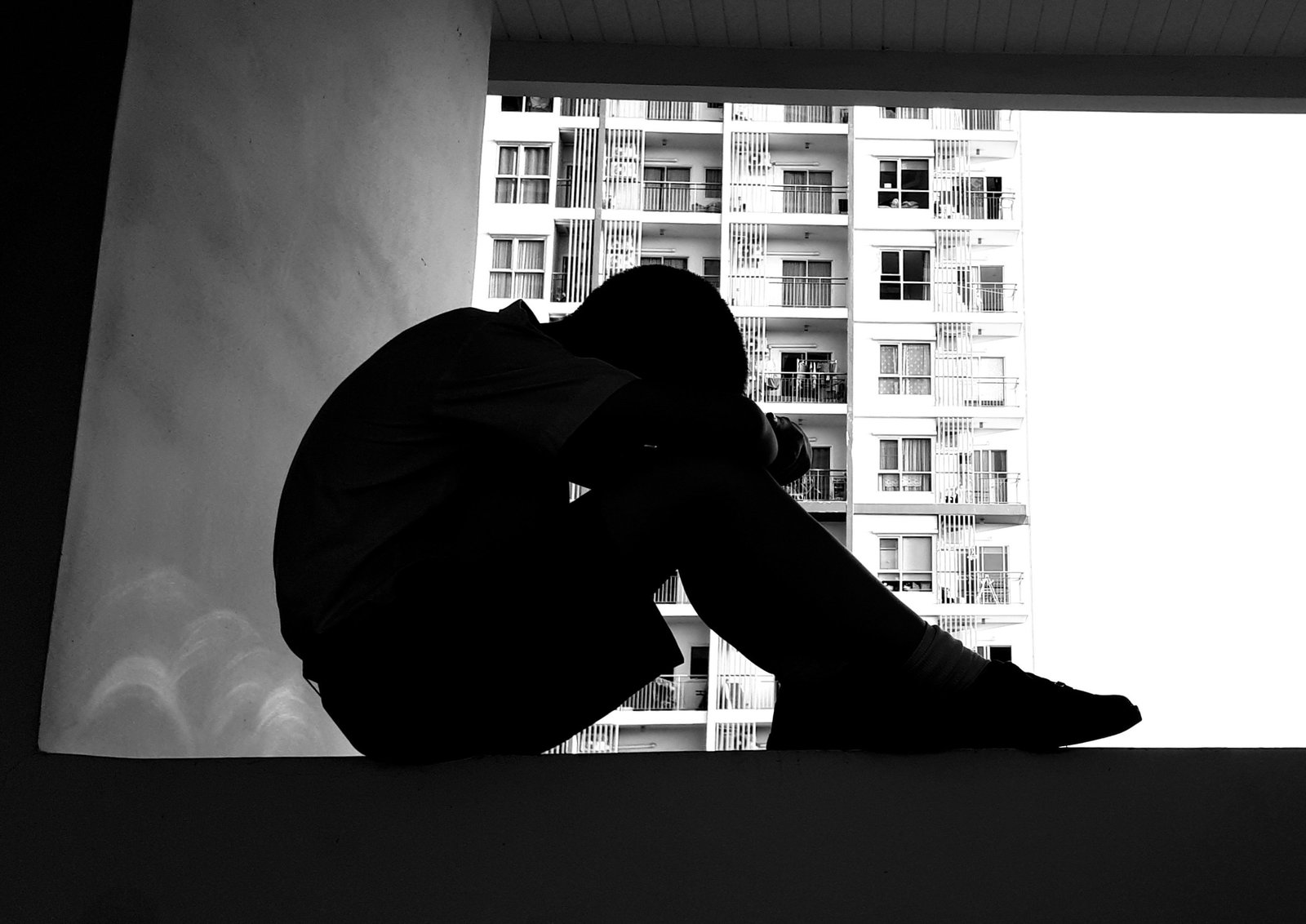 World happiness levels are apparently at their lowest in almost a decade.  According to a survey published by…
bywissen
No comments

For All The PUBG Lovers: OPPO F9Pro’s Fabulous Features Will Take Your Gaming Experience To The Next Level 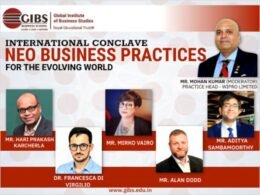 Thanks Janhvi For Introducing Us To Vijay Deverakonda. Sorry Vicky, But I Have A New Crush Now