Amazon has just opened a third Seattle location that makes use of its cashierless Amazon Go grocery shopping concept — and it’s just received the latest patent for technologies that make the concept work.

Today the U.S. Patent and Trademark Office published the patent for shelves with integrated electronics, including the on-the-shelf weight sensors that are part of the inventory monitoring system in Amazon Go stores.

“Smart shelves” have been the subject of other Amazon patent applications, including a patent granted in June that’s similar to the one published today. Both applications were filed three years ago.

The patents suggest that when the applications were written, the system was designed for inventory control in storage facilities such as Amazon’s fulfillment centers. The applications also cover use of the technology in consumer retail facilities, however.

Amazon’s Seattle-based team of inventors, including principal engineer Ben Gyori, envisioned a “modular item stowage system” that could be wired up with weight sensors, cameras, temperature sensors and other monitors to track the condition of inventory. There could be radio systems to track RFID tags as well.

So far, Amazon hasn’t opted to use RFID technology in its checkout-free stores. Instead, the Amazon Go stores use weight sensors as well as QR codes, video cameras and computer vision systems to keep track of what customers pick up and take out the door.

The patented system also incorporates spring-loaded plates or “sleds” to push merchandise toward the front of the shelf as items are taken, and spaces beneath the shelf surface to protect the electronics and catch spills.

In the applications, the inventors discuss how the smart shelves could be programmed to flash lights or sound audible alerts to guide inventory workers to the items they’re looking for.

Those workers could wear machine-readable tags that’d make it easier for a computerized inventory system to keep track of the flow of goods through the fulfillment center. Alternatively, they could carry the sorts of positional sensors you might find in a smartphone, such as accelerometers and magnetometers.

Amazon typically doesn’t comment in detail about the patents they hold, but we’ve reached out to the company and will share anything we pick up. So to speak. 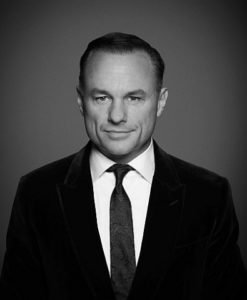 James Heckman. Maven, the Seattle-based media company that purchased Sports Illustrated earlier this year, is laying off 31…
bywissen
No comments 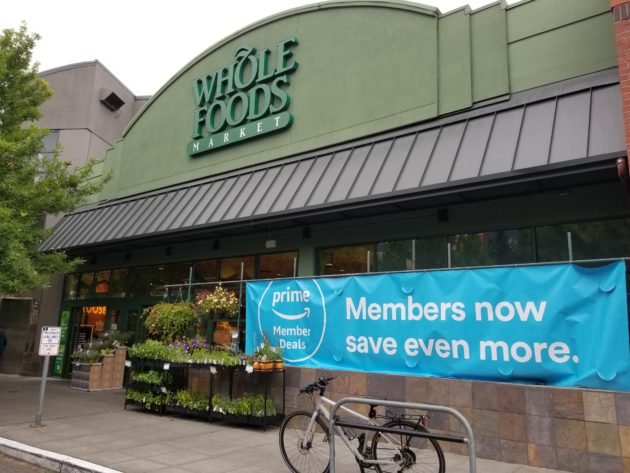 In Seattle and across U.S., ‘Light It Blue’ campaign is a colorful ‘thank you’ to front-line workers

The Seattle skyline during the #LightItBlue campaign on Thursday night. (GeekWire Photos / Kevin Lisota) Buildings and landmarks…
bywissen
No comments