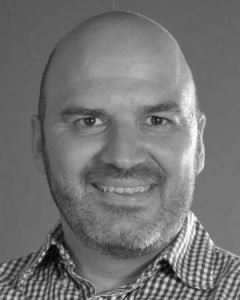 Former executives from the National Security Agency, Microsoft, Hitachi, and other companies are behind a Seattle-area cybersecurity startup that just came out of stealth mode three years after it launched.

Cyemptive on Tuesday announced a $3.5 million investment round from undisclosed investors. The company’s executive team includes founder Rob Pike, who was previously an executive at Hitachi; Jim DuBois, who was formerly chief information officer at Microsoft; and Gary Zelanko, who spent 30 years at the NSA, most recently as chief computer architect.

Cyemptive describes its cybersecurity software as an “automatic self-repairing reliable platform.” It sells products including an endpoint protection service and advanced perimeter firewalls, among others.

“We have invented technology that detects and deals with hackers in seconds, as opposed to existing solutions which can take weeks to months,” Pike told GeekWire.

Pike said the technology is “a truly preemptive solution” which disallows actions that would corrupt a system or encrypt a file. It does not rely on API monitoring.

“Such an approach is both too late and much too cumbersome as the sheer volume of APIs prevents effective protection after the fact,” he said.

Cyemptive has more than 100 business and government customers, but Pike declined to provide details on specific clients.

The 60-person company has additional offices in Washington D.C., Nevada, Canada, and India. Other execs include Bryan Greene, a former cybersecurity solution architect at HP and Pat McDermott, a veteran finance executive.

Cyemptive recently won a national competition hosted by the Department of Homeland Security’s Border Security Technology Consortium, beating out more than 60 other companies.

“We were successful in convincing a comprehensive panel of senior government officials that our technology solution was the most innovative compared to the other concepts,” Pike said. “Cyemptive’s technology can be applied across a broad range of systems, including multiple border security needs and requirements.”

The global cybersecurity market is expected to eclipse $200 billion by 2021, according to Statista.