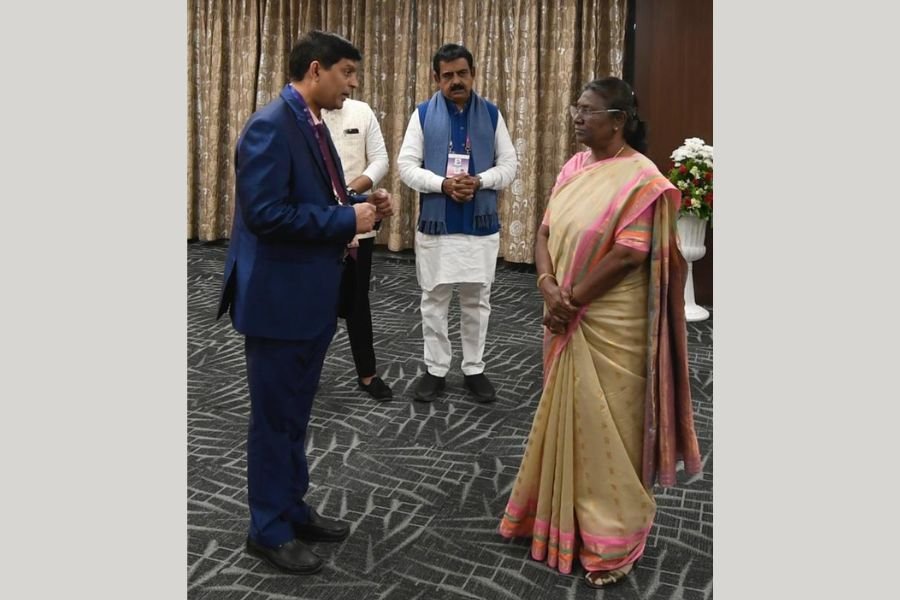 Indore (Madhya Pradesh) [India], January 26: Honorable President Smt. Dopradi Murmu attended the last day of the three-day Pravasi Bharatiya Sammelan organized in Indore on Tuesday.  During this, Dr. AK Dwivedi, senior homeopathic physician from Indore and member of the Scientific Advisory Board (CCRH) Central Council for Research in Homeopathy, Ministry of AYUSH (Government of India) had a meeting with the Honorable President of India. During this, Dr. Dwivedi told the Honorable President that he has been giving Homeopathic treatment to sickle cell anemia, aplastic anemia, thalassemia, and other serious diseases for a long time and getting desired benefits.  Patients of these serious diseases are also getting relief to a great extent from homeopathic medicine.  During the discussion, the Honorable President very patiently listened to Dr. Dwivedi’s detailed description of homeopathic medicine and its treatment.

During the meeting, Dr. Dwivedi also informed about the book ‘Human Anatomy’ written by him in Hindi Manav Sharir Rachna Vigyan.  On this, the Honorable President praised Dr. Dwivedi’s effort.  Indore MP Shri Shankar Lalwani and other senior citizens were also present during the meeting with the Hon’ble President.