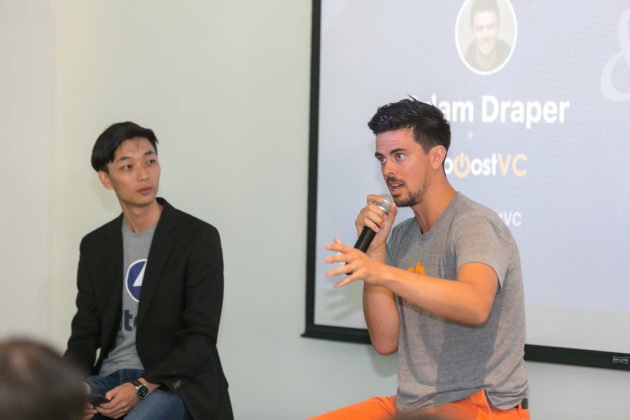 The topic is comic book superheros, and the answers come easy for Adam Draper.

The 32-year-old is the managing director of Boost VC, a pre-seed investment firm that backs startups “making sci-fi a reality.” Unsurprisingly, he also has a large comic book collection. 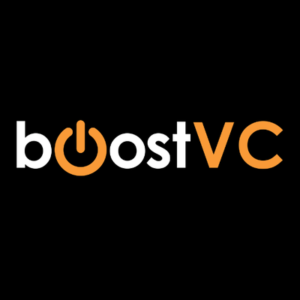 So which character would make the best investor?

Draper was in town on Tuesday for a meetup hosted by Seattle Blockchain Underground at Thinkspace in South Lake Union. He sat down with Simon Yu, CEO of Seattle cryptocurrency startup Storm, to talk about the future of digital currencies. Entrepreneurs from several Seattle-area blockchain startups and local investors were in attendance.

Draper, the son of famed venture capitalist Tim Draper, launched Bay Area-based Boost VC in 2012. The pre-seed firm focuses on cryptocurrency and virtual reality startups, with some jet-pack companies in between. It has invested in more than 200 startups that have gone on to collectively raise more than $1 billion.

Draper was one of the first investors in Coinbase, the digital currency wallet company that has raised more than $200 million. That kicked off his obsession with cryptocurrency and a conviction for how people will pay for goods.

He recalled an early conversation with Coinbase CEO Brian Armstrong when the two talked about the future of bitcoin.

Draper’s optimism for bitcoin and cryptocurrency showed when made a bold prediction: there will be more digital currencies in 10 years than nation-based currencies.

“It’s a good prediction and I think it’s true,” Draper said. “If you think about economics of scale and internet adoption … what crypto has that the internet doesn’t have, is internet.”

For that to come true, bitcoin and other cryptocurrencies must not only get mass user adoption but first overcome regulatory hurdles. It will be a tough road: top economists and folks such as Warren Buffett have their doubts, criticizing bitcoin’s anonymity and fluctuating value, which skyrocketed to $19,000 last year but has dropped back down to $7,000.

Draper said U.S. regulators would be smart to allow digital currencies to exist, much like they allowed the internet to be free, which “led to faster development of everything.”

“It would be ridiculous to completely create friction,” he said. “You’ll lose smart people to countries that are more flexible. People who are giving more certainty around the rules are gaining the smartest in the blockchain space.”

Draper said after building his first startup, a private securities service called Xpert Financial, he learned that “you should never build for regulators.”

“The world wasn’t ready for our products because we put so many barriers to get in that no one wanted to sign up,” he said. “We learned over time that it was the wrong way to do it. Regulation should follow innovation, not the other way around.”