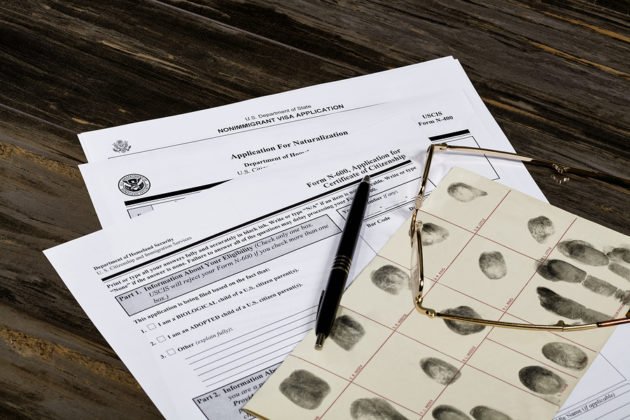 The Department of Justice is pressing charges against the CEO of two Bellevue, Wash., technology staffing firms claiming he faked more than 100 applications for H-1B visas, the type tech companies use to hire skilled, international talent.

Pradyumna Kumar Samal was arrested at Seattle-Tacoma International Airport on Wednesday, according to a DOJ statement. He was returning from India when he was taken into custody. The charges, filed in U.S. District Court, allege that Samal engaged in a “bench and switch” scheme to make applications for 137 H-1B visas look more attractive.

Samal’s attorneys could not be immediately reached for comment.

Samal is chief executive of Azimetry and Divensi; the latter lists Amazon, Microsoft, Tableau and other tech companies as clients. DOJ claims that Samal forged documents to make it look like two corporate clients had jobs lined up for the employees named in the visa applications.

“In fact, neither client had agreed to do so,” the DOJ statement says. “The forged documents included forged letters and fraudulent statements of work, which appeared as if they had been signed by senior executives at the two clients.”

If Samal’s companies were not able to place the visa recipients in jobs immediately, they were allegedly “benched” without pay. Those employees were charged partially refundable “security deposits” of up to $5,000 for the visa applications, DOJ says.

The H-1B visa program has become an area of focus under the current federal administration. In early 2017, President Donald Trump signed the “Buy American, Hire American” executive order pledging to crack down on abuse of work visas. Tech workers and their spouses have reported increased difficulty obtaining and maintaining work status in the U.S. since.

Big tech companies like Microsoft and Amazon rely on H-1B visas to fill their talent gaps. They have also called for the federal government to curb abuse of work visas by IT staffing firms.

Read the full DOJ complaint below.

DOJ vs. Samal by GeekWire on Scribd