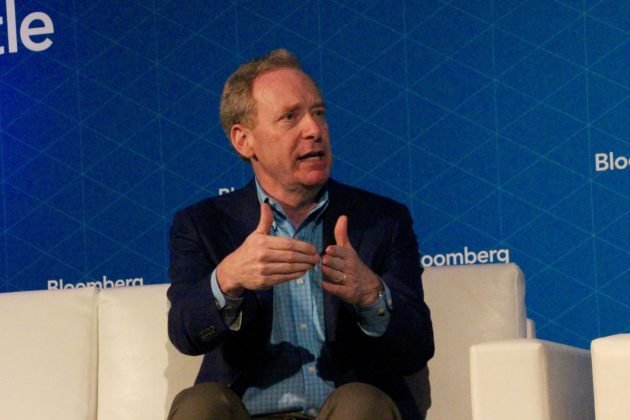 Microsoft is offering a new cybersecurity program to help political candidates and organizations protect themselves from hackers in the run up to the November mid-term elections.

Observers are concerned that the mid-term elections will be targeted by hackers from around the world, and Microsoft is doing its part to fend off attacks with its Defending Democracy program. The latest feature, known as AccountGuard, aims to help campaigns and organizations identify and neutralize threats.

“This initiative will provide state-of-the-art cybersecurity protection at no extra cost to all candidates and campaign offices at the federal, state, and local level, as well as think tanks and political organizations we now believe are under attack,” Microsoft President Brad Smith wrote in a blog post. “The technology is free of charge to candidates, campaigns, and related political institutions using Office 365.”

This is a familiar move from the Microsoft playbook: Offering discounted or free software, for a good cause, benefiting from positive publicity in the short term and hoping to convert the goodwill into more paying customers in the long term. The company has tried a similar approach with startups, schools and others in the past.

Smith writes that the three main features of AccountGuard are the ability to detect threats across a variety of accounts and email addresses; consistent briefings and trainings on the latest trends; and early access to Microsoft’s newest security features for large enterprise and government customers.

The announcement comes after Microsoft’s Digital Crimes Unit recently got a court order to shut down six internet domains created by a group associated with the Russian government and known as Strontium, aka Fancy Bear or APT28. Microsoft has been tangling with Fancy Bear for some time, and the company says it has shut down 84 websites associated with the group over the last two years.

“Attackers want their attacks to look as realistic as possible and they therefore create websites and URLs that look like sites their targeted victims would expect to receive email from or visit,” Smith wrote. “The sites involved in last week’s order fit this description.”