From his early days as a security guard to launching startups and leading world-class tech giants, Maynard Webb has learned a lot about what it takes to grow and sustain a business.

Now he’s ready to share those lessons with the world. Webb, the former eBay COO and Yahoo chairman who sits on the boards of companies including Visa and Salesforce, this week released his second book, Dear Founder, to the masses.

Maynard was in Seattle on Thursday promoting the book and sharing leadership advice at an event with former Starbucks CEO Howard Schultz, who wrote the foreword for Dear Founder.

GeekWire sat down with Maynard to learn more about the book and his career, which included a seven-year stint at eBay where he helped grow the e-commerce platform into an internet behemoth worth billions.

Dear Founder is a collection of more than 70 “letters” from Webb that are designed to help founders at any age or stage, from picking a co-founder and setting the culture, all the way to scaling a business and managing a large workforce.

Much of the book focuses on overcoming challenges related to leadership and management.

“It all comes down to people at the end of the day,” Maynard told GeekWire. “Who do you have on your team? Are you able to recruit great talent and inspire them? Do they want to hang with you and do things most other people feel would be unable to be done?”

Maynard said he’d tell his younger-self to slow down, learn to be “even more humble faster,” and to not “run over your teams.”

“I was probably more command and control with my teams than I am now,” he said.

The idea for Dear Founder originally started within the Webb Investment Network, an investment group launched by Webb in 2010. A shorter version of the book was distributed to the group’s portfolio companies and affiliate network as a gift. People c

The following is an excerpt from Dear Founder, under the section “When you want to start a company.”

From DEAR FOUNDER by Maynard Webb. Copyright © 2018 by the author and reprinted with permission of St. Martin’s Press, LLC.

Why do you want to do this? I hope it’s not because it’s the cool thing to do . . . it’s easy to become an entrepreneur, but it’s way harder to become a successful entrepreneur!

These days it seems everyone wants to be an entrepreneur. People become enamored with the idea of pursuing their own passion and being in control of their own destinies. Yet that’s a romanticized notion of what really happens.

I hate to be the bearer of bad news, but most entrepreneurs fail. It’s not just the statistics that show us this; it’s also common sense. It’s very hard to turn an idea into reality, and even harder to turn that new reality into something of great significance.

Sure, we know the breakout stories — those A+ideas that took off from the beginning, like Facebook, Google, or eBay. Yet the fact is that these companies are very rare. Oftentimes, the world is not ready for a new idea and the majority of companies don’t get traction. Intrepid entrepreneurs go back to the drawing board and pivot, but that maneuver is not representative of the reality of startups. Most companies fall in a middle space—there’s some traction, but the flywheel isn’t spinning, and you’re not sure if the idea will scale. This uncomfortable middle place is what I call a “tweener” and it’s a dangerous place to be.

So, you’re still keen on starting something? A number of questions for you:

If you can get through all of my skepticism and doubt, and you still are game for trying, here’s my advice:

Is it difficult to be an entrepreneur? Absolutely. But it’s also fun (and terrifying at same time). It’s just like caring for a baby. You are excited about the idea, but there are times when everything turns to poop and you’re constantly up in the middle of the night. You are going to be tired and frustrated, but also fulfilled beyond anything you could have imagined.

If that sounds right, you are ready to handle the ups and downs of being an entrepreneur. If not, it’s not your time to have a startup— after all, unlike with a baby, you can’t hire a nanny to do the work for you.

Tech sees differently, and can fuse multiple types of data we can’t even perceive: lidar, IR, ultrasonic, and…
bywissen
No comments

As companies unveil their new smart home devices at the 2022 CES tech show, underway now in Las…
bywissen
No comments

Lottie animations are everywhere. The JSON-based file format, first introduced as an open-source library by Airbnb engineers, can…
bywissen
No comments 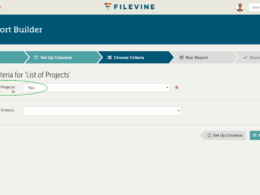 Filevine, a startup offering a software-as-a-service product for legal case management, today announced that it closed a $108…
bywissen
No comments