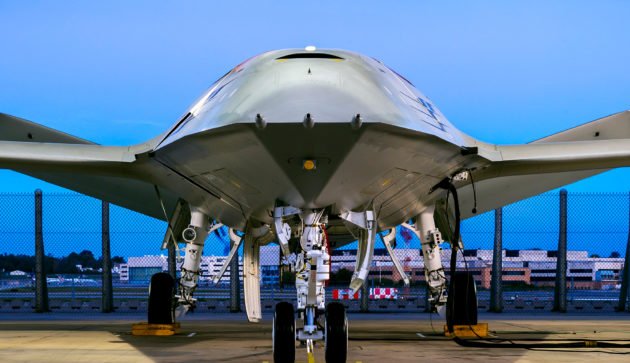 After a months-long competition with the likes of Lockheed Martin, Boeing has won a $805.3 million contract from the Pentagon to build the first four MQ-25A autonomous refueling planes for the Navy.

The MQ-25 Stingray is meant to refuel Navy fighter jets such as the Boeing F/A-18 Super Hornet and the Lockheed Martin F-35C Lightning II in midair to extend their range. It will be tasked with delivering about 15,000 pounds of fuel, 500 nautical miles out from an aircraft carrier. That should give fighters an additional 300 to 400 miles of flight range over what they have now.

The drones will launch and land on aircraft carriers, so they’ll have to integrate with the Navy’s catapult launch and recovery systems.

Boeing was in competition for the contract with two teams that were led by Lockheed Martin and General Atomics. Northrop Grumman was invited to submit a bid, but dropped out of the competition last October.

The contract covers “design, development, fabrication, test, verification, certification, delivery and support” of four MQ-25A vehicles, the Department of Defense said today in its award announcement. Almost half of the work will be done at Boeing’s Phantom Works plant in St. Louis, with the rest performed at a wide range of facilities inside and outside the U.S.

The first four planes are to be completed in August 2024.