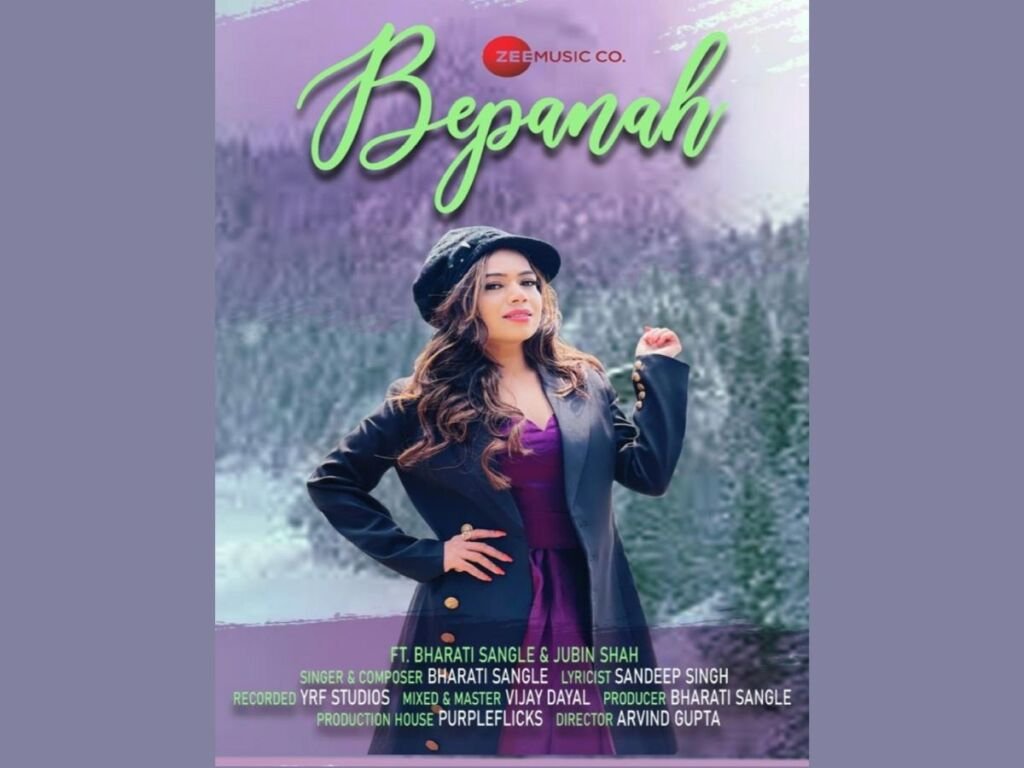 Mumbai(Maharashtra) [India], January 4: The beautiful valleys of Kashmir amidst the snowy mountains and frozen lakes are not just popular among the tourists but are also an ideal location for filmmakers. While many Bollywood films in the past have been filmed at this heavenly destination, of late, many music videos too are being shot in this quintessential location. Singer Bharati Sangle who made her music video debut with ‘Bepanah’, lures the audience with her debut track.

Shot extensively in exotic locations, Bharati has undoubtedly grabbed viewers’ attention with ‘Bepanah’. The music video features well-known Instagram star Jubin Shah, and we must say that the duo has created wonders with their dazzling chemistry. This romantic track is soothing to the ears, and its lyrics will surely touch your heart. Sandeep Singh writes the lyrics of the musical track. It would be wrong not to call this love song a visual spectacle. ‘Bepanah’ opens with snowy valleys followed by Bharati’s melodious voice and screen appearance. Sharing her experience of the debut song, the singer says, “It was a dream come true. I had butterflies in my stomach when I learned about my music video debut with this song. I would call this experience a cherishing moment. It is just a start, and there’s a lot to be achieved in the years to come.”

Furthermore, Bharati Sangle went on to add that she always wanted to shoot amid the snow-covered mountains, dense forest and green meadows. Besides the pleasing voice of Bharati Sangle and the mesmerizing locales, the highlighting point of the music video is the deep storyline. In less than five minutes, ‘Bepanah’ has managed to deliver a story in musical format showcasing the true essence of love and making one realize the value of love when it is gone.

‘Bepanah’ was released on the official YouTube channel of Zee Music Company on December 30, 2021. After a successful breakthrough, the debutante singer is keen to collaborate with other music studios and labels.