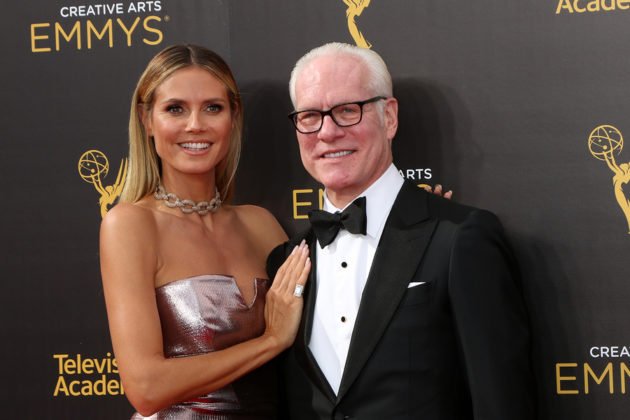 Heidi Klum and Tim Gunn are saying goodbye to 16 seasons of “Project Runway” and a planned revival of the hit series at Bravo and are headed to Amazon and a new fashion project with the tech giant’s Prime Video streaming service.

Klum, the supermodel-turned-TV-star, who dispatched wanna-be designers with her signature German goodbye “Auf Wiedersehen,” spent 14 years alongside Gunn on “Runway.” They announced Friday that they would not be returning for a reboot of the Emmy Award-winning reality competition series.

Few details of the planned Amazon series were shared, but the company did say in a news release, as reported by People and others, that it “will be a fresh take in the reality space and will appeal to a global audience who are entertained by competition, storytelling, and authenticity.”

Amazon also said that “Amazon Fashion will create a shoppable experience for viewers,” which sounds like a dream scenario for the company and any mission to merge e-commerce and entertainment.

“Heidi Klum completely changed the television landscape by developing a competitive reality fashion series that was unproven and different from what was popular on-air,” Amazon Studios chief Jennifer Salke said in a story in The Hollywood Reporter. “The show became wildly successful, and in turn Klum and Tim Gunn have become an iconic pop culture duo. Their drive to deliver fashionably entertaining, engaging and trendsetting content speaks for itself, and we believe their next iteration in this space will find an even larger audience on our global Prime Video runway.”

Klum and Gunn said in published statements that they are excited to see what they’re “designing next” as part of their next great “fashion adventure.”