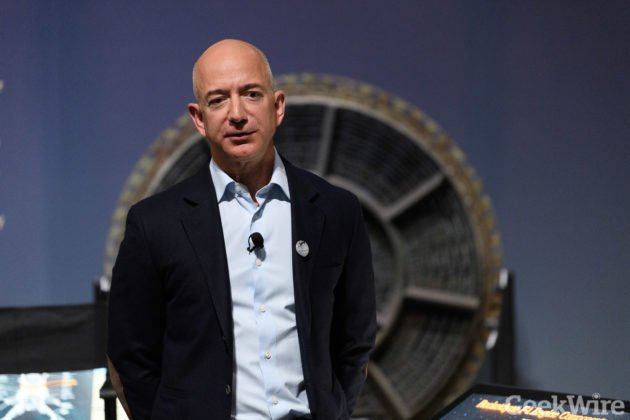 Jeff Bezos and his wife, MacKenzie Bezos, are donating $10 million to With Honor, a cross-partisan, veteran-focused super PAC .

The donation, first reported by The Wall Street Journal, is the Amazon CEO’s biggest political contribution to date. Others in Bezos’ inner circle have also donated to With Honor. His parents donated $2 million to the fund, and Amazon consumer CEO Jeff Wilke donated $50,000, according to FEC filings.

With Honor is a relatively young political organization that backs veterans of both parties who are running for seats in the U.S. House of Representatives. Rather than focusing on partisan affiliation, the group backs candidates who commit to a three-part pledge: integrity, civility, and courage.

The committee divides its spending roughly equally between Republican and Democratic candidates. As of July’s FEC filing deadline, it reported raising $7 million during the current election cycle, which suggests the Bezos’ recent contribution represents a significant boost.

Bezos has been raising his political profile in recent years. In 2012, he donated $2.5 million to a campaign to protect gay marriage in Washington state. The following year, Bezos bought The Washington Post for $250 million.

Other tech industry leaders are also financing races ahead of this year’s midterm elections. Microsoft co-founder Paul Allen made a $100,000 donation to the Republicans’ “Protect the House” political action committee, his largest-ever to congressional candidates. Tesla CEO Elon Musk contributed $38,900 to that same group.

The contribution to With Honor places Bezos among the ranks of tech mega-donors such as Peter Thiel and Tom Steyer.