After helping defeat a tax for affordable housing, Paul Allen and Jeff Bezos step up on homelessness

On a crisp fall Tuesday in Seattle, representatives from Microsoft co-founder Paul Allen’s philanthropic organization joined with community groups to break ground on a new homeless resource center to house up to 94 families in the shadow of a new light rail line in the city.

Paul G. Allen Philanthropies donated $30 million to get the project off the ground, supplemented by an additional $15 million from the Seattle Office of Housing and a tax credit. It’s the latest investment by a wealthy tech executive targeting the homelessness crisis as the business community faces growing pressure to ease the pain of the region’s growth.

The tech industry is one of the major drivers of Seattle’s population boom and rising housing costs, creating a complicated dynamic where one of the nation’s most prosperous cities struggles to house and support its most vulnerable people. Tensions escalated earlier this year when the Seattle City Council passed, then quickly repealed, a tax on large businesses to raise funds for affordable housing. The city capitulated in the face of pressure from the tech industry and the broader electorate.

Allen contributed substantially more to the Mount Baker Family Housing foundation than the $25,000 his investment firm, Vulcan, donated to the campaign to kill the controversial “head tax.”

As Vulcan fought the head tax, Allen’s organizations were working on other projects to serve homeless people in Seattle. Vulcan employees and other volunteers spent a day building tiny homes for a new homeless shelter village in Seattle’s Central District. Vulcan donated $75,000 to that project. Planning for the Mt. Baker center was also underway as the head tax battle took place.

In an interview with GeekWire, Seattle Mayor Jenny Durkan said the project is a sign that “people are willing to work with each other.”

“What we’ve been able to do now is, hopefully, remove some of the fights and get to solutions,” she said.

The Mt. Baker development is the result of two years of study by Allen’s team, according to Bill Rumpf, president of Mercy Housing Northwest, one of the project’s nonprofit partners.

“This is the first time I’ve personally experienced what happens when Paul Allen studies something and wants to get big results,” Rumpf told the crowd that gathered for the groundbreaking. “Mt. Baker Housing represents the power of significant philanthropy from a leader in our business community and the importance of collaboration with the city. It’s going to take all of us to resolve the homeless crisis.”

Mercy Housing Northwest and the City of Seattle partnered with Paul G. Allen Philanthropies on the Mt. Baker development. The vision is to create a hub for family services and resources that serves the broader community, not just people experiencing homelessness.

“I’m hoping that this serves as a model for a number of other philanthropists and businesses,” Durkan said.

Like Vulcan, Amazon donated $25,000 to the campaign to repeal the short-lived head tax. The company also threatened to slow or stop its growth in Seattle if the tax took effect, making it the poster child for tech industry opposition to the city’s affordable housing plan. When the tax was defeated, Amazon and others in the business community pledged to help find solutions to Seattle’s housing crisis.

Durkan said it’s imperative to “harness that power of new technology and the people working in new technology” to address Seattle’s housing crisis.

“It’s not just, ‘should Jeff Bezos and Amazon do more,’ ” she said. “But they have 50,000 workers in Seattle who want to do more and are volunteering and helping. We’ve got to harness that energy in a more systematic fashion too because if you look at the power behind that group of workers, they can do more for the community and they can do more for those workers who aren’t getting paid as well.”

The Mt. Baker facility is expected to be up and running by 2020. Allen’s team won’t continue to fund and operate the center after it is open. Instead, Mercy Housing is raising funds, with a commitment from the city to support efforts to raise money. On-site service providers will include Mary’s Place, Child Care Resources, Refugee Women’s Alliance, Valley Cities Behavior Health Center, and Mercy Housing.

In addition to funds for much-needed homeless services, the commitments from Allen and Bezos bring added attention to an issue that doesn’t have many billionaire benefactors. But they can still only make a dent in a crisis that requires significant and ongoing resources. A report earlier this year by consultants at McKinsey estimates that at least $360 million to $410 million is needed to house Seattle’s homeless population.

“This is a great project but everyone understands the need is much greater than any one project,” Durkan said. “No one project or one entity is going to be the entire solution. Government has to double its efforts, the community has to double its efforts, we’ve got to get the state to be a better partner. We’ve got to get the federal government to be a better partner. I don’t have a lot of hope for that right now so that means it’s up to us.”

Jeff Bezos awards $97.5M to the first round of recipients of his Bezos Day 1 Families Fund 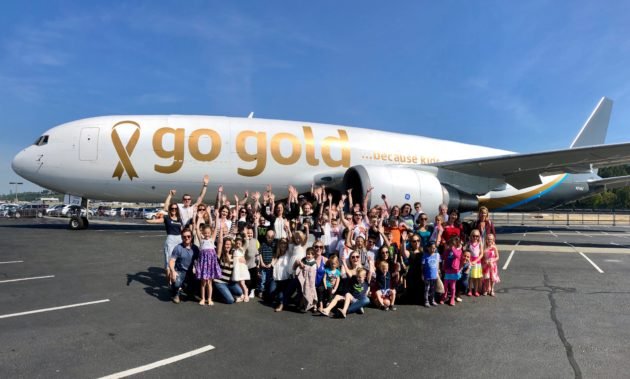 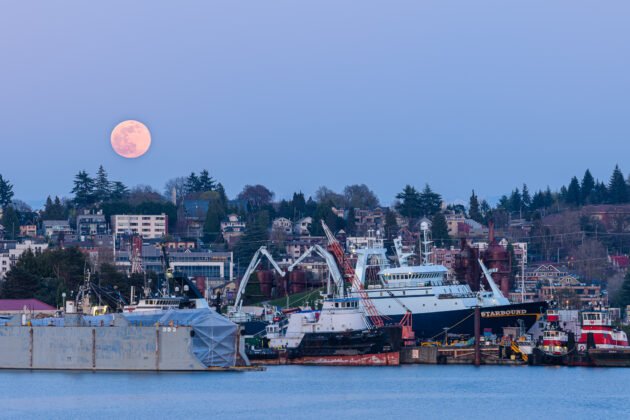 My parents are wowed by Amazon, LimeBikes and more as longtime visitors return to big, new Seattle