NEW DELHI — One winter afternoon in a shelter for the homeless in December 2013, Tabassum* awoke to the screams of her 14 month old daughter to find a man pushing her bawling toddler off his lap.

“He stood up and almost stepped on my baby. He was wiping his right hand on his pants,” Tabassum said. “When I asked him what he had done and why he was wiping his hands, he pushed me and tried to flee.”

At that frightening moment, five years ago, Tabassum realised that her baby had been raped. Her daughter is 6 years old now; the man accused of raping her walks free and continues to live in the same neighbourhood.

On Monday, the parliament passed the Criminal Law (Amendment) Ordinance, 2018 introducing the death penalty for those convicted of raping children below the age of twelve. The ordinance, passed in haste to defuse public outrage over the horrific rape and murder of an 8 year old girl in Kathua, Jammu, was justified as a necessary deterrent to the sexual abuse of young children.

Yet, as the story of Tabassum and her daughter reveals, the new law is unlikely to reduce such cases. Rather, lawyers and social workers say, it is likely to make it even harder to prosecute the guilty.

A review of Tabassum’s case files reveals how shortcomings in the manner in which crimes against children are registered, investigated, and prosecuted, mean that suspected rapists often walk free — particularly if the complainant is from a marginalised family like Tarannum’s.

“Where I come from, government and police come after our lives have been destroyed,” Tabassum said, as she braided her daughter’s hair.

RAPE AS AN EVERYDAY REALITY

Sexual assault is an everyday reality for the city’s homeless, community workers say. A study by Save the Children estimated the number of children living on Delhi’s streets at 51,000, many whom civil society workers say, are routinely abused.

The violence is so routinised, said Suroor Mander of Centre for Equity studies, an organisation which works extensively with the homeless in the city, that “most of them only tell us when the abuse becomes unbearable.”

Tabassum begs for a living and makes no more than Rs 200-300 every day. She takes care of three children and an ailing father with that money. Her husband left her a few months after the child was assaulted and never returned.

“All my children were born through operations and I cannot do heavy labour work anymore,” she said.

Tabassum said her daughter’s assault wasn’t the first case of rape she had witnessed. She and her three children have lived all her life with on the streets and shelters of Delhi and has seen women and girls getting assaulted on more than one occasion.

Tabassum said her daughter’s assault wasn’t the first case of rape she had witnessed.

“Once, when I was living on the streets, a group of drunk men on bikes came outside a tent a woman and her daughters were living in and directly said that they wanted to have sex with them. They started dragging the girls away and tearing the tent apart when the women said no,” Tabassum said. “Then another time, an old woman of about 65 went out to get water outside the shelter. Some men dragged her in the field a few metres away and raped her. She nearly died and couldn’t get up for months.”

THE LONG ROAD TO JUSTICE

Tabassum was shattered when she realised her baby girl had been assaulted.

“A few people came hearing me shouting and stopped the man from running away. Usually, when things like this happen to us and the man is caught, people just give slap him a few times and let him go. This man was also beaten up,” she added.

The accused Dashrath’s wife (who didn’t want to be named), also a resident of the same shelter rushed out weeping and told Tabassum that her husband had also abused his own daughter. She had tried to stop him, the wife said, but he beat her up.

“We didn’t let him live here when he returned, because his wife wants to protect her daughters from him. But he often sneaks in drunk and starts beating her up till we throw him out again,” a resident of the shelter said. The daughter he allegedly abused died from illness in 2015.

Though most people around her weren’t very enthusiastic about the idea, Tabassum decided to go to the police. When no one was immediately ready to go with her, someone suggested she call 100. She borrowed someone’s phone and called the police. That evening, a police officer visited her and asked her to register a formal complaint at the Jama Masjid police station, which she visited on December 13, 2013. (

One policewoman said that they would insert something inside her vagina to check and it may hurt her.

“There they told me that a medical test has to be done on my baby. One policewoman said that they would insert something inside her vagina to check and it may hurt her. I was terrified, I didn’t want to put her through that,” Tabassum said.

Guidelines released by the ministry of health and family welfare states that though doctors are allowed to vaginal swabs and other samples for evidence when examining a survivor of sexual assault, they can do it only when the person consents to it. In case, the survivor is younger than 12 years of age, the guardian or the parent can refuse collection of evidence in that manner.

“The survivor or in case of child, the parent/guardian/or a person in whom the child reposes trust, has the right to refuse either a medico-legal examination or collection of evidence or both, but that refusal will not be used to deny treatment to survivor after sexual violence,” the document said.

Gufran Alam, said that when he came to know about the incident a few days later, the men and women in the shelter were busy discussing whether or not the child should be subjected to the medical test.

“We weren’t at the police station. But it seemed like, whatever they were told there, it made them very anxious. Some of them were even wondering what if the child sustained permanent injuries,” he said.

Gufran Alam, a worker with the NGO Aman Biradari who later helped Tabassum fight the case, offered to speak to the police on Tabassum’s behalf, but said she was convinced that her child would be hurt in the course of the medical investigation.

“They [The police] told me, think about your child’s future first and then decide. I did what was best for her.” Tabassum said.

But this was only the first setback in her encounters with the child-protection bureaucracy.

The police is bound to report cases like Tabassum’s to the Child Welfare Commission (CWC) to determine if the child faces any threat from her family and if she needs to be placed in a government institution.

Yet, when Tabassum turned up at the Mayur Vihar office of the CWC, she said she overheard a group of women discussing if she had filed a false complaint.

“These women were looking at me constantly and loudly saying that I have probably filed a case to make some quick money. They then said that women like me who live on the streets often do such things to make money. They were wondering, loudly, why can’t I get some work instead?” she said. She couldn’t confirm of the women were employees of the CWC or just visitors.

While dealing with children of the homeless population of Delhi, NGOs report crimes to the CWC first because the commission is responsible for providing a lawyer to an aggrieved child for free. However, after the first couple of visits to the CWC and Tabassum’s discomfort around the officials, the representatives of Aman Biradari decided to provide her with their own lawyer.

The biggest blow to Tabassum’s case, however, came from Tabassum’s neighbours at the shelter.

The biggest blow to Tabassum’s case, however, came from Tabassum’s neighbours at the shelter.

Eliza Rumthow of Human Rights Law Network, who took up Tabassum’s case, remembers women at the shelter enthusiastically narrating stories of how the accused is a serial abuser.

“But when the time came for them to be witnesses at the court of law, no one came forward,” Rumthow said.

Mander, the activist from the Centre for Equity Studies, explained that vulnerable communities are wary of filing police complaints. One major reason, which cuts across class, is that most cases of assault are committed by men familiar with the children — fathers, step-fathers, uncles, brothers.

Rumthow said that of the 172 cases of assault among the homeless she has dealt with, 30 percent were incest.

Mander and Rumthow both agree that the death penalty law would make it harder for witnesses and complainants to testify against their own families.

“If they know that a person is going to be hanged, does the government think they will complain or be allowed to complain against their own fathers, uncles and brothers?” Rumthow said. “They will just keep suffering.”

In such a situation, a law that awards death penalty to child rapists effectively dooms the most vulnerable children to a life of even more suffering.

Tabassum said she couldn’t convince anyone to testify against the man accused of raping her daughter.

“No one wanted to go to courts and police. They treat us very badly and often threaten to throw us into jails when we go with any complaint, so no one wanted the hassle of dealing with them,” she said.

Instead of making ‘crowd-pleasing’ laws, Rumthow said, the government should focus on implementing the existing laws first.

Tabassum’s case is evidence that government agencies should be first sensitised about dealing with cases of assault, foster trust among civilians of all stripes and expedite processes of law. Mander adds that instead of mulling how to punish offenders, the government should think about protecting them first.

“The shelters can accommodate just 1300 children in Delhi,” she said. Shaguna Kanwar, who currently works with YUVA and had handled Tabassum’s case in the past as an employee of CES, said that there is a high chance that homeless children will be left maimed by their abusers or killed if the death penalty law is not scrapped. “I don’t know a single child rights activist in Delhi who is backing the law. Only these politicians are out to prove something,” said Kanwar.

For Tabassum, who must spend the day asking for alms at traffic lights, mosques and markets in old Delhi, her biggest concern is the lack of a safe habour for her young children — the eldest of whom is just six.

“I ask the women at the shelter to keep an eye on them while I’m away,” she said. “What other option do I have?”

*The woman’s name has been changed with her consent to protect her identity. 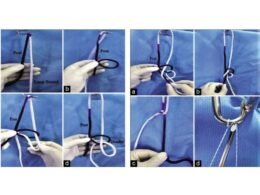 Kerala MLA PC George made a statement calling a nun, who had accused Jalandhar Bishop James Franco Mulakkal of rape,…
bywissen
No comments 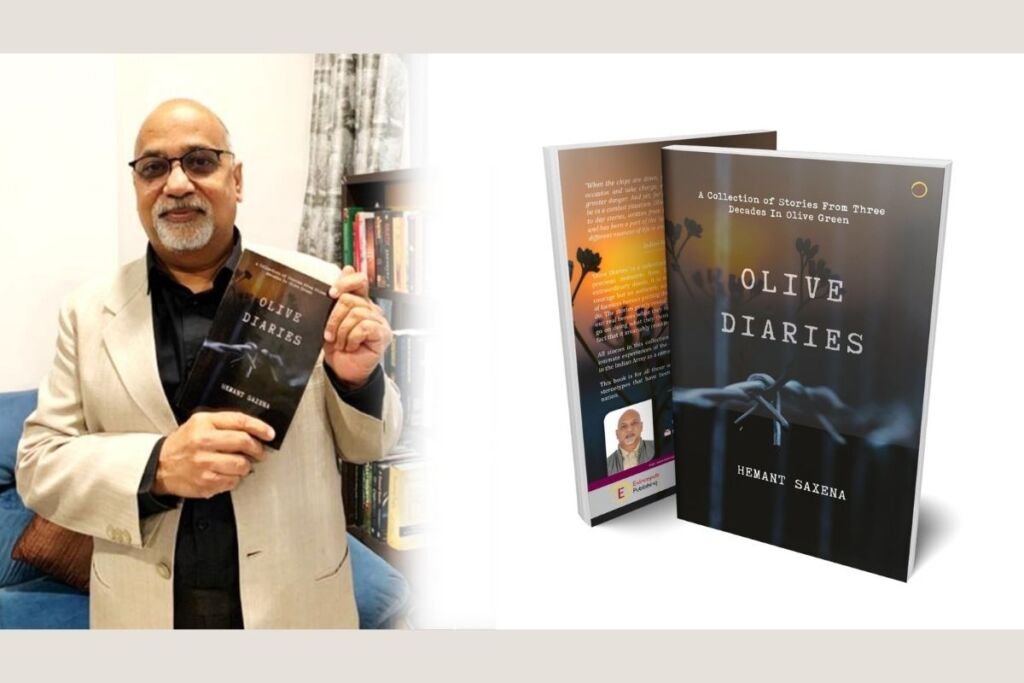 ‘Olive Diaries’ from the lines of fire, which a solider experiences in the battlefields – Hemant Saxena’s Book Launched

February 17: “True courage results in some extraordinary outcomes, something which we hope for deep down in our…
bywissen
No comments 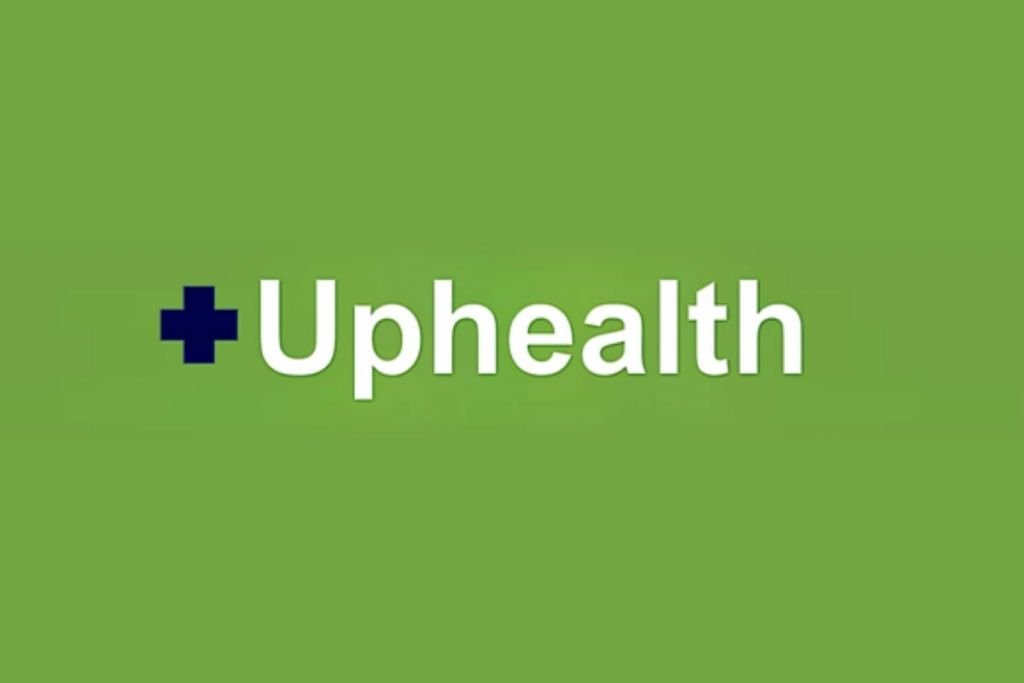