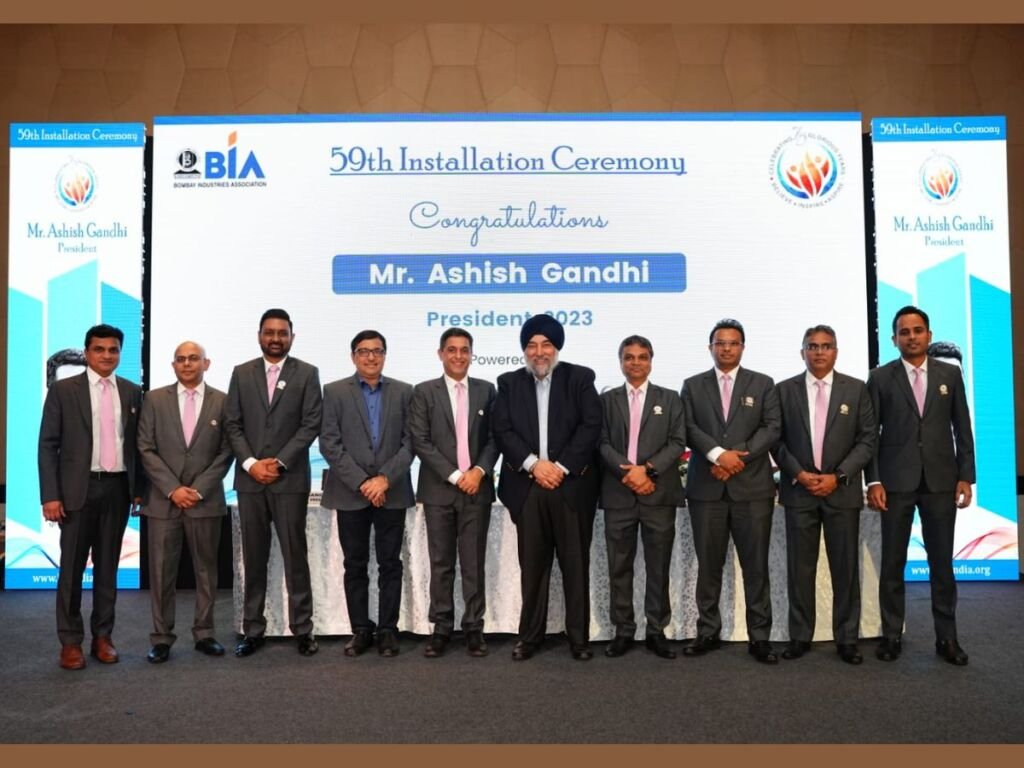 Mumbai (Maharashtra) [India], January 18: Bombay Industries Association (BIA), one of India’s most renowned and prestigious business associations, on 12th January, had its 59th Installation Ceremony. BIA which has completed its 75th year, witnessed last year’s President Mr. Nevil Sanghvi handing over the office to Mr. Ashish Gandhi during the ceremony. The event, held at The Taj Hotel, Santacruz, Mumbai, also witnessed 300+ participants, who enthusiastically cheered for the new appointment. Mr. Ashish Gandhi in his speech announced the launch of BIA-Next, a platform for the next generation of young Entrepreneurs to network, learn and grow. As part of the BIA-Academia Program, MOUs were signed with NM College, Vile Parle and Chetana College, Bandra to provide internships and final placements to their students.

“The contribution of the Bombay Industries Association will be important in realizing Prime Minister Modi’s dream of making India a superpower” said Mr. Rajesh Kshirsagar.

“I am very impressed with the activities of BIA providing access, reach and support to more than 1400 members” said Mr Jaspal Bindra – Chairman – Centrum Group.

BIA would like to express its gratitude to the outgoing President, Mr Nevil Sanghvi, for his tireless efforts and dedication to the Association.