Fanney Khan, starring Aishwarya Rai, Rajkummar Rao, Anil Kapoor and debutant Pihu Sand is clashing with the much awaited Karwaan, this weekend. If you’re confused between the two, have a look at the review from Twitterverse and book your tickets accordingly:

Fanney Khan Movie Review: Actors like Anil Kapoor, Aishwarya and Rajkummar did not deserve such a weak script

Do watch #FanneyKhan because innocence is a rarity in Bollywood these days. Thanks @AnilKapoor @divyadutta25 Aishwarya Rai Bachchan and Rajkumar Rao for making smile, laugh and cry in just two hours and a bit. Enjoyed!👍

@RajkummarRao Watched #FanneyKhan … Loved it and what a performance by everyone … Just wanted to praise your effortless performance… Just like water you mould yourself so effortlessly … Thank you for joining the bollywood industry ..

#fanneykhan Review: This is the right movie to use movie cancellation feature on Bookmyshow.

#fanneykhan #review Guys nice movie story is average But @AnilKapoor is backbone of the movie he plays the character of dad #amazingly movie connects you #emotionally First half is little bit slow second half is paccy @RajkummarRao, #divyadatta, #pihusand pic.twitter.com/jl2n0KF9gw

So, will you go with your heart or with the Twitterati? 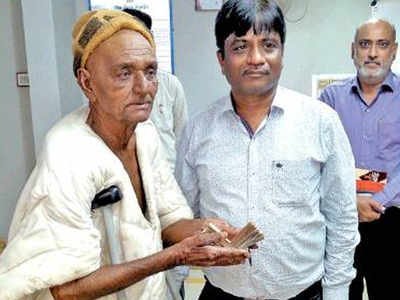 A famous quote says, “It does not matter how long you live, but how well you do it.”…
bywissen
No comments

The All-New Honor 8X Is Here & Its Dope Features Makes It Shine Out Amongst The Rest!

Animals have been exploited for our entertainment since ages. But now it looks like things are finally changing…
bywissen
No comments