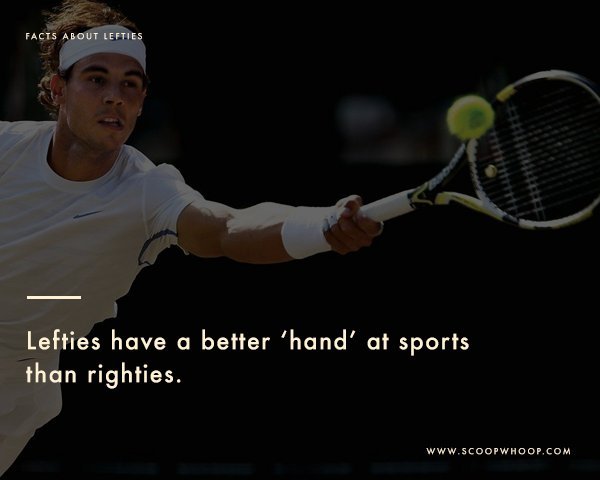 Left-handed people make up about 10% of the world’s population, so that definitely makes them unique.

Here are some cool facts about lefties that you should know right now.

Lefties tend to have higher IQs than righties.

Men are more likely to be left-handed as compared to women.

4 out of 7 recent U.S. presidents have been left-handed.

Queen Elizabeth II is left-handed, as are Prince Charles and Prince William.

On a QWERTY keyboard there are 1447 English words typed solely with the left hand, whilst only 187 are typed with the right hand.

Lefties tend to get angry easily as compared to righties.