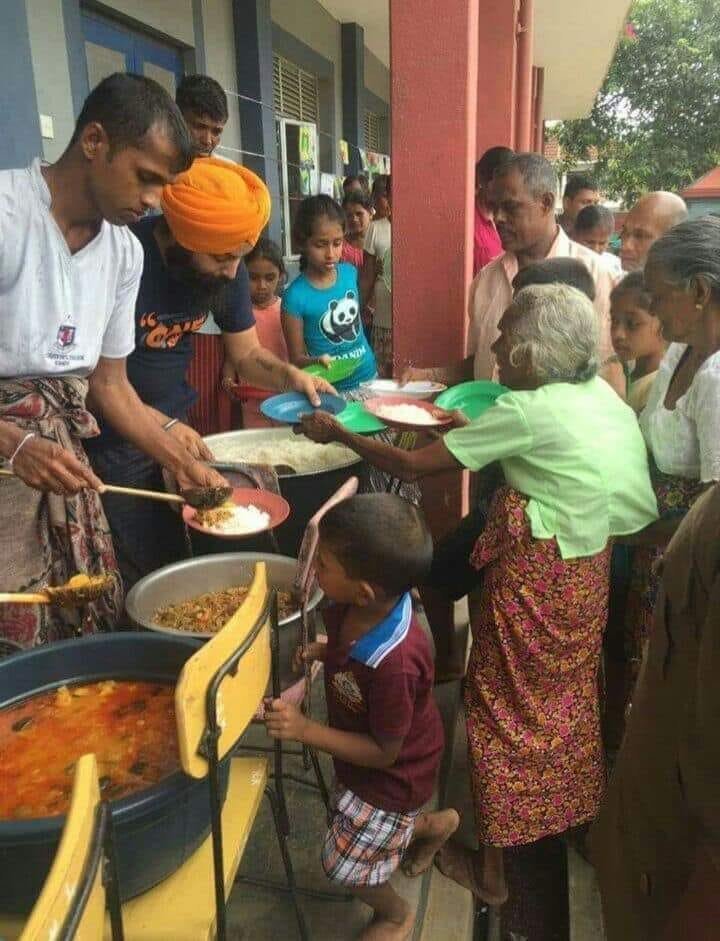 The first name that comes to our mind when we think of relief and rehabilitation during any crisis in any part of the world is Khalsa Aid, an international NGO that aims to provide humanitarian aid in disaster and conflict torn places.

Here are ten times when its volunteers went out of their way to help those in need.

1. When Khalsa Aid volunteers set up relief camps all across the state of Kerala providing food and shelter to the flood victims.

They started langars, providing meals to 13,000 people twice a day. The group has been cooking meals to feed those stranded in the rains. It collaborated with Gurdwara Sri Guru Singh Sabha in Kochi and have set up their community kitchen there.

2. When the organisation got involved in cleaning places of worship all around the flood-hit state of Kerala.

Sikh volunteers from Khalsa Aid played a crucial role in cleaning the churches and temples filled with slush from the floodwaters.

3. When its volunteers assisted the Syrian refugees in the war ravaged countries of Lebanon, Turkey and other middle east nations.

4. When the organisation worked at the Bangladesh border to help out Rohingya refugees with food and water.

Khalsa Aid volunteers from India and many other countries reached the Bangladesh border when Rohingya Muslims were fleeing Myanmar.

5. When Khalsa Aid volunteers came forward to help people stuck in the Chennai floods in 2015.

6. When their volunteers distributed food to stranded commuters during the Mumbai floods in 2017.

7. When they installed water pumps in the villages of African country Malawi.

The Khalsa Aid team engaged with local communities, government and contractors to begin the process of creating a permanent drinking water source for the people in Malawi.

8. When it extended its support to 9 orphanages in Haiti eight years after the 2010 earthquake.

Our volunteer Karam Singh from UK is in #Haiti delivering food & other essentials to 9 orphanages. @Khalsa_Aid has been supporting these orphanages since 2010. Our work continues. ..#SkyPapers #SkyNews pic.twitter.com/PxsZFZ12qE

Khalsa Aid was among the first charities to visit Haiti and to provide emergency relief after the earthquake. Eight years on, it is still extending support to the country’s people.

9. When it volunteered to build houses for the earthquake victims in Nepal.

Khalsa Aid volunteers from Delhi, Punjab, and Jammu were the first to reach Nepal when a earthquake hit the country in 2015. They even started building houses and schools in the disaster-affected country as a part of the rehabilitation.

They are indeed doing a great job and the best part is that they ask for nothing in return.